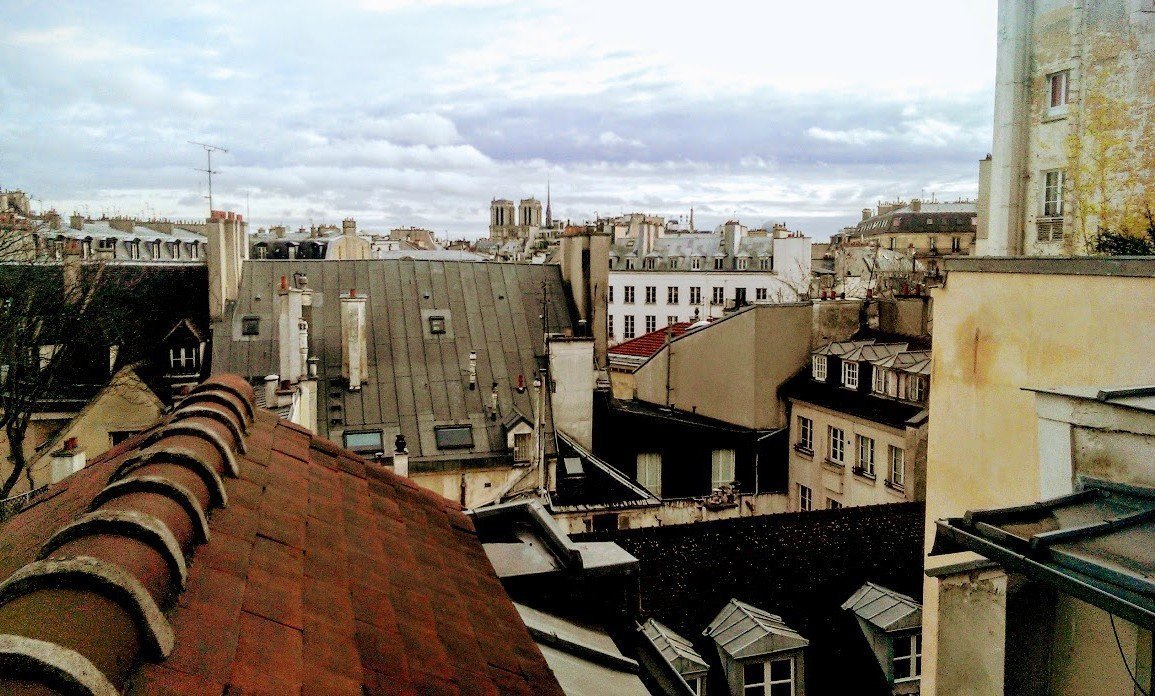 JoAnna Pollonais is a meditator, a feminist, an adventurer. She has worked as an editor and communication specialist for the United Nations and the International Committee of the Red Cross. On the move since 2002—from Berlin to Bangkok, Beirut to Brussels, Hanoi to Copenhagen, and Kigali to Cairo—she now lives in Brooklyn, where she’s writing a novel. Read her short story In the Absence of Your Father.

Dara Passano does international aid work and is the author of The Guardian UK’s “Confessions of a Humanitarian” series, as well as the satire collection Give Me My Chocolate or the Turtle Dies. Dara’s fiction and commentary have appeared in the Apple Valley Review, Arcturus, Thought Catalog, Crack the Spine, East&West, The Perfume River Anthology and elsewhere. Read her short story Your Rapunzel I Have Heard.

Latorial Faison is a JMU Furious Flower Poetry Center fellow and a recipient of the Tom Howard Poetry Prize. Born and raised in rural southeast Virginia, this poet, author, military spouse, and educator studied English Literature and Religion at the University of Virginia in Charlottesville and completed graduate studies at VA TECH. Faison’s writing has been selected for publication in Crab Orchard Review, Obsidian: Literature & Arts in the African Diaspora, Stonecoast Review, Deep South Magazine, Typehouse Literary Magazine, Southern Women’s Review, Poetry Quarterly, Chickenbones, The Chattahoochee Review, Mandala Journal, and various other anthologies and collaborative projects. Faison, a doctoral student, teaches on the faculty at Virginia State University. Read her poem How to Bury Your Mama.

Amanda Moody is a librettist, writer and performer raised in New York City, now living in the San Francisco/Bay Area. She creates evening-length, multi-disciplinary performance works, with projected and declaimed texts, song and new music; work that can be read, spoken or sung aloud. Amanda’s original soundtrack album of D’Arc, woman on fire was released by Starkland on the Musical Traditions label. Her poems have appeared in The Moth Arts & Literature/Ireland, the Catamaran Literary Reader, the Lucky Jefferson Literary Journal, and have been featured at LitQuake in the United States. Read her poem This Morning.

A.C. Powell is a writer, essayist, and former music editor for Interview magazine. Her work has appeared in Oxford American, Colorado Review, Seneca Review, BOOM: A Journal of California, Los Angeles Review of Books among others. She holds an MFA in Creative Writing (Fiction) from Warren Wilson College, and lives in Dallas. And, weirdly, when she interviewed Brian Wilson, he grabbed her big toe. Read her short story Detroit 1, Los Angeles 0.

Gus Palmer, Jr. has published two books, Telling Stories the Kiowa Way (2003) and When Dream Bear Sings: Native Literatures of the Southern Plains. He has published poems, stories and other writings in literary anthologies, magazines, and journals. He is a speaker of his native Kiowa and has taught and done research on the Kiowa language. He worked with his son on the documentary film, Words From A Bear: The Art and Life of N. Scott Momaday for PBS’s American Masters (Nov 2019). Read his poem What This Place Is.

M. Shayne Bell received a Creative Writing Fellowship from the National Endowment for the Arts. His poem, “One Hundred Years of Russian Revolution,” was a finalist for the Rhysling Award. His poetry has been published in Modern Haiku, The Heron’s Nest, Tinywords, The Mainichi (Japan), The Fibonacci Review, The Ghazal Page, Shot Glass Journal, Dialogue, Sunstone, Amazing Stories, Asimov’s, and more. Bell also publishes science fiction. His story “Mrs. Lincoln’s China” was a finalist for the Hugo award. “The Pagodas of Ciboure” was a finalist for the Nebula award. He received a first place Writers of the Future award for his story “Jacob’s Ladder.” Bell holds a Master’s Degree in English Literature from Brigham Young University, with an emphasis on the English Romantic poet William Wordsworth. Bell has backpacked through Haleakala Volcano on Maui, from the summit to the sea, retracing an expedition Jack London went on at the turn of the last century. He was also part of an expedition to the summit of Kilimanjaro. Bell and his six cats live in Rexburg, Idaho. Read his poem I Am Glad of Clouds and Lightning.

Paul Negri has twice won the gold medal for fiction in the William Faulkner – William Wisdom Writing Competition. His stories have appeared in The Penn Review, Jellyfish Review, Into the Void, Flash Fiction Magazine, Reflex Fiction and more than 40 other publications. He lives and writes in Clifton, New Jersey. Read his short story The Pitch.

Jonathan Land Evans lives in Bermuda, where he is a historian and writer of short stories and plays. His short fiction collections include Fortes And Foibles, Ragbag, Bermuda Stories, Stateside Stories, and Stories From Hither And Yon. The U.S. Review of Books has recommended Jonathan’s story collection Lordly Wadson. His Collected Stories are available through Lulu.com. Jonathan received his education in Bermuda and then at Johns Hopkins University, The School of Advanced International Studies in Washington, DC, University College London (UCL) and The College of Law in London, England. He worked as a lawyer in the City of London and Bermuda. Read his short story The Rivals. Jonathan has been published in our pages more than any other writer. See his Author page for more of his writing.

Kate Hoyle is a poet and visual artist who lives in California. Her five poem series, On America, toured the US and South America on exhibit in U2’s Joshua Tree World Tour 2017. “Survival Dreams of Birthday Cake” is a mark of the conversation between the breaking and the incandescent, the trauma and the breath. It is the dialogue of Kate’s inner and outer worlds. Her poetry has been published or is forthcoming in Tupelo Press 30/30 Project, The AUDACITY and Handwritten. Read her poem Survival Dreams of Birthday Cake.

Herbert Woodward Martin served as professor of English and poet-in-residence at the University of Dayton for more than 30 years. He taught creative writing and African-American literature. Herbert has devoted decades to editing and giving performances of the works of the poet and novelist Paul Laurence Dunbar (1872-1906). He also edited four books and wrote nine volumes of poetry. His publications include: The Shit-Storm Poems, Pilot Press, 1972, and Escape To The Promised Land, Bottom Dog Press, 2005. Herbert was born in 1933. Read his poem Saturday Nights in the Washtub.

Sarena Brown is a queer poet of color who really loves her friends. She is an MFA candidate in Poetry at UMass Amherst and the Creative Director of Paperbark Literary Magazine. Sarena has been published with The Cauldron, Brown & Proud Press, and is forthcoming in Track//Four. Read her poem Praise the Butt Dial.

Linda McMullen is a peripatetic American diplomat often found in Africa or Asia. Her short stories will be appearing in Palaver, Enzo Publications, Temptation Press and Panoply. Read her short story The Announcement.

Simon Nader is a British writer, actor and director who lives in Dublin, Ireland with a very important desk view over distant mountains. Previously published work includes ‘In Confidence’ (WriteOut Publishing) and several pieces for British magazine ‘Public House.’ Simon’s work across all media tends to focus on social and environmental issues and his feature film ‘What Are You So Afraid Of’ (dealing with abuse of trust) recently won two awards from the Accolade Global Film Competition. Read his short story Anonymity and Pleasure.

Harold Whit Williams is guitarist for the critically acclaimed rock band Cotton Mather. He is a 2018 Pushcart Prize Nominee and received the 2014 Mississippi Review Poetry Prize. His collection Backmasking was winner of the 2013 Robert Phillips Poetry Chapbook Prize from Texas Review Press. His latest, Red Clay Journal, is available from FutureCycle Press. Read his poem Vignette for Frank O’Hara.

Carol Flake Chapman turned to journalism after a stint in academia, working as writer and editor for a number of leading newspapers and magazines. She was a founding editor of Vanity Fair; she was the horse racing correspondent for The New Yorker; she was a rock critic for the Village Voice; she was the Texas stringer for U.S. News & World Report; and she has been an editor and columnist for the Boston Globe. She has written as well for Harper’s, the Washington Post, the New York Times, Vogue, Conde Nast Traveler, Connoisseur, The Nation, Texas Monthly, and The New Republic. Her book Written in Water: A Memoir of Love, Death and Mystery, which is compelling in its dramatic story and visionary in its implications, is her most important work. Read her poem What Counts in the End, one of our Editor’s Choice short stories and poems.

Evalyn Lee is a former CBS News producer currently living in London, UK. Her broadcast work received an Emmy and numerous Writers Guild Awards. She produced television segments for 60 Minutes in New York and the BBC in London, and wrote for Dan Rather, Mike Wallace, and Lesley Stahl while covering both Gulf Wars and many investigative pieces. She has interviewed writers including Joseph Brodsky, Seamus Heaney, Dick Francis and Margaret Atwood about their work. Evalyn’s writing has appeared or is forthcoming in: Letting Go: An Anthology of Attempts, ed. Martha Hughes; Hawai’i Pacific Review; War, Literature, and the Arts Journal; Broad River Review 2016; Amarillo Bay; Diverse Arts Project; The Broken Plate; The Louisville Review; Red Savina Review; Saint Ann’s Review; Schuylkill Valley Journal of the Arts; and Stickman Review. She won the Willow Review prize for short fiction for 2016. Read her poem Farewell Street.

Peter Lynch lives in Newcastle-upon-Tyne, UK, where he works in demolition and writes when he can. His piece Castrillo Matajudios has been published in the Life+2m short story collection edited by David Zetland. Read his short story The Field at the Horse Island.

Natalia Sarkissian lives in Italy where she teaches English and Writing. She received her MFA from Vermont College of Fine Arts. Her writing and photographs have appeared in a variety of publications both in Italy and the US. She is currently working on a novel. Read her short story The Romance of Ruins.

Julia Zhou is a rising senior at the Thomas Jefferson High School for Science and Technology in Virginia. Read her first published poem Pathlights Home.

Stephen Ground has been published in Dark Ink Magazine, Typishly and Flumes Literary Journal, and is forthcoming in Wanderlust, Coffin Bell and The Sunlight Press. A graduate of York University’s Theatre and Community Arts programs, he migrated back to his hometown of Milton, Ontario after a seven-year retreat – first in Canada’s far North in a remote, fly-in community, then the prairielands. Read his short story Weirdheart, one of our Creative Challenge winners.

Christopher Watkins is an award-winning songwriter, producer, musician and recording artist. He has released 10 albums under the name Preacher Boy. He is also Senior Writer at Udacity (recently named to MIT’s “50 Smartest Companies” list). His debut poetry volume “Short Houses With Wide Porches” was published by Shady Lane Press (a program of The Jack Kerouac Writer-in-Residence Project). His poems have appeared or are appearing in The Massachusetts Review, Redivider, Hayden’s Ferry Review, and more. He received his MFA in Creative Writing/Poetry from The Stonecoast MFA Program at The University of Southern Maine. Read his poem Aromatics, one of our Creative Challenge winners.

Mark Thomas was on Canada’s national rowing team and has worked as a commercial painter, banjo instructor and philosophy teacher. He has been published in The Globe and Mail, Thoughtful Dog, 365 Tomorrows, The Literary Hatchet, Blackheart Magazine, Dark Gothic and Commuterlit. Read his short story Fiery Angelic Herald Borrows Toothbrush.