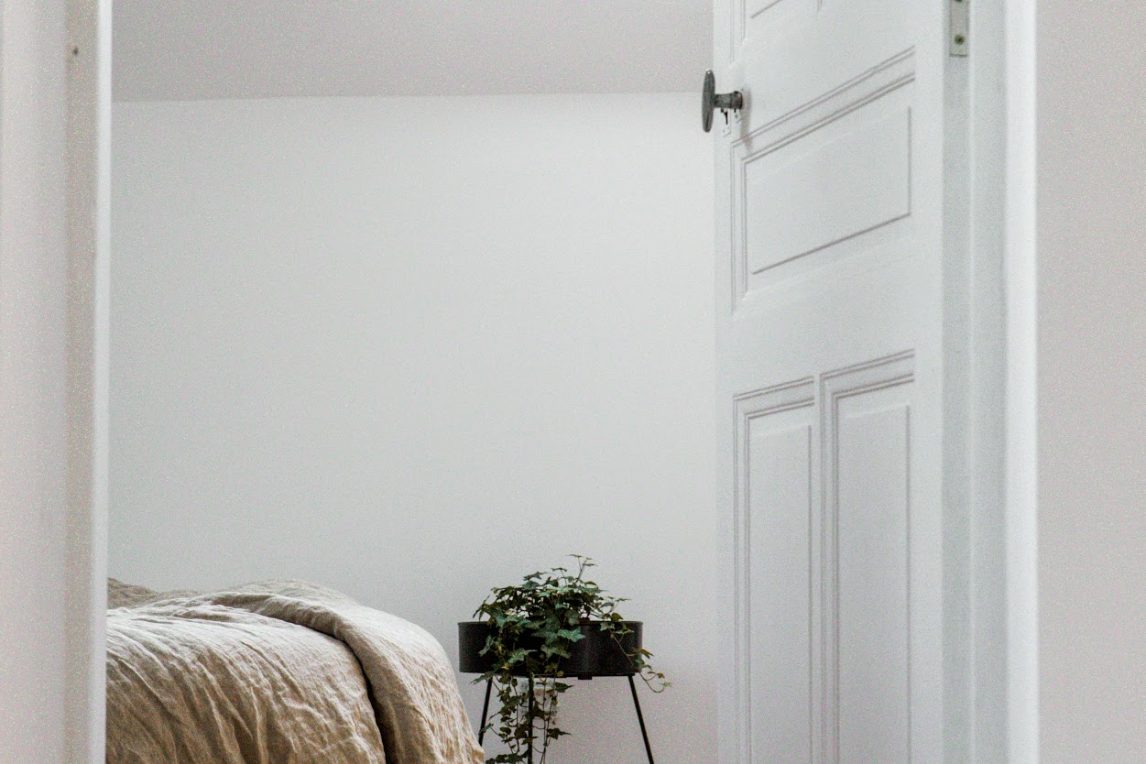 [ This image is in the public domain. ]
Barbara Kristaponis·
Short Fiction

No Evidence of a Husband in Glen Burnie

I walked into a house I did not know. It was their house, husband and wife and child. Guests were arriving all dressed up. They were people who had not seen each other for a long time. They said hello and how are you and things like that.

The husband was carrying his little girl. He was a tall thin man in a dark suit, and her head slumped over onto his shoulder and rested against his neck. She wore an old-fashioned white organdy dress with white lace on the puffed sleeves, and at the bottom of the dress, new black patent leather shoes with buckles across the instep.

This was a party for her birthday, but she was asleep, and her father carried her, not the way you cradle a little child, with her head against one arm and your hand under the knees, but rather like she had been falling asleep standing up, and he just swooped her up, her knees held by his arm against his thigh, still cradled, but not a small child any longer.

He moved slowly, his eyes down, as he walked across the hallway towards a room away from everyone. I was a guest for the weekend, but I couldn’t find my room. All the doors on either side of the long hallway were white, and behind all the doors, neatly made-up white beds with pine bureaus and wicker chairs by the windows. No sign of who should stay where.

Women in breezy flowered dresses were moving past me, coming in the front door and walking in twos and threes, talking. They sauntered straight back to the other end of the hall where doors with small window panes opened on to a wide lawn. The women moved through the doors and out to the lawn where tables were being set up by dressed-up teenagers, some with dark eyebrows knit close together and some with long fingers and straight yellow hair.

I’d seen her in a photograph, Fausto’s wife. Her hair was blonde and short with a wave across the top that was combed to one side. Her eyes unfocused like you do when staring off into space. It was a camping trip photo, some bears in the background.

Do you have a picture of your daughter with you?

How beautiful this child in the photo, golden curly hair, unblemished smile. In red shorts and no braces, the child was laughing and holding up a rabbit to the camera. An uncomplicated kid, perhaps. They must be doing something right, these two who had only nasty words to say to one another, so he said.

Don’t tell me anything about your wife. I’d probably sympathize with her.

He said, You wouldn’t like each other. She likes gossip.

In his camping picture, Fausto was on day three of a five o-clock shadow, which on his brown skin looked very alluring. But he looked thinner even than he was now, too tall for this thinness. A grandmother would say feed this boy. He looked angry, and he looked like a convict, the white tee shirt, maybe. Montana big-outdoors pictures.

I searched for a yucca plant to sit next to. They lined the hallway in between the white doors. Bigger plants had benches. I was looking for a plant big enough to be near. I wanted to see but not be myself seen yet.

Before I could reach my yucca tree, a woman who vaguely knew me called from the big front doors, Hello, Annie, hello.

Come with me, we’ll get in my car and drive around back. It will be faster than walking this long hallway. To get to the lawn with the tables.

This said in a single rush of breath needing no response from me. I had seen the road around the house when I came in. It started at the front doors and swung away from the house making a large semi-circle drive. To the right on the road was a field of perfect grass and to the left, a line of trees. Not your usual Glen Burnie house. The road ended at the back of the house where people were on the lawn, waiting and chatting. But It didn’t seem a shorter way to me. I didn’t answer. I continued to watch the father and child at the other end of the hall.

His keys had clanged to the floor, and he stooped to pick them up, yet at the same time not jostle the child in his arms. She must have been playing with these keys as they were always on an oversize safety pin that he kept on his belt loop. I knew.

He held the keys in his hand as he grasped the doorknob. I wanted to see this room. Was this their bedroom or the child’s room? I wanted to see inside and see how his wife had fixed it up. He had said she was very neat. I thought I was pretty orderly myself, but not spare. Was she spare? Like her face in the photograph, porcelain with blue eyes, no expression, would her room be like that?

In this house, I was following an obsession. I had given myself completely over to this. A risk, perhaps, to see tenderness where I wished there to be no tenderness, to see a happy family where I didn’t want to see one and to risk his dark wet eyes giving him away and our nights together being overtaken by meals on time and stories before bedtime.

Annie, did you hear me? Want to drive around back with me?

The father with his daughter had disappeared inside the room and the white door closed very slowly as though someone were holding the knob so the tongue slides in the doorframe ever so quietly, and disturbs nothing.