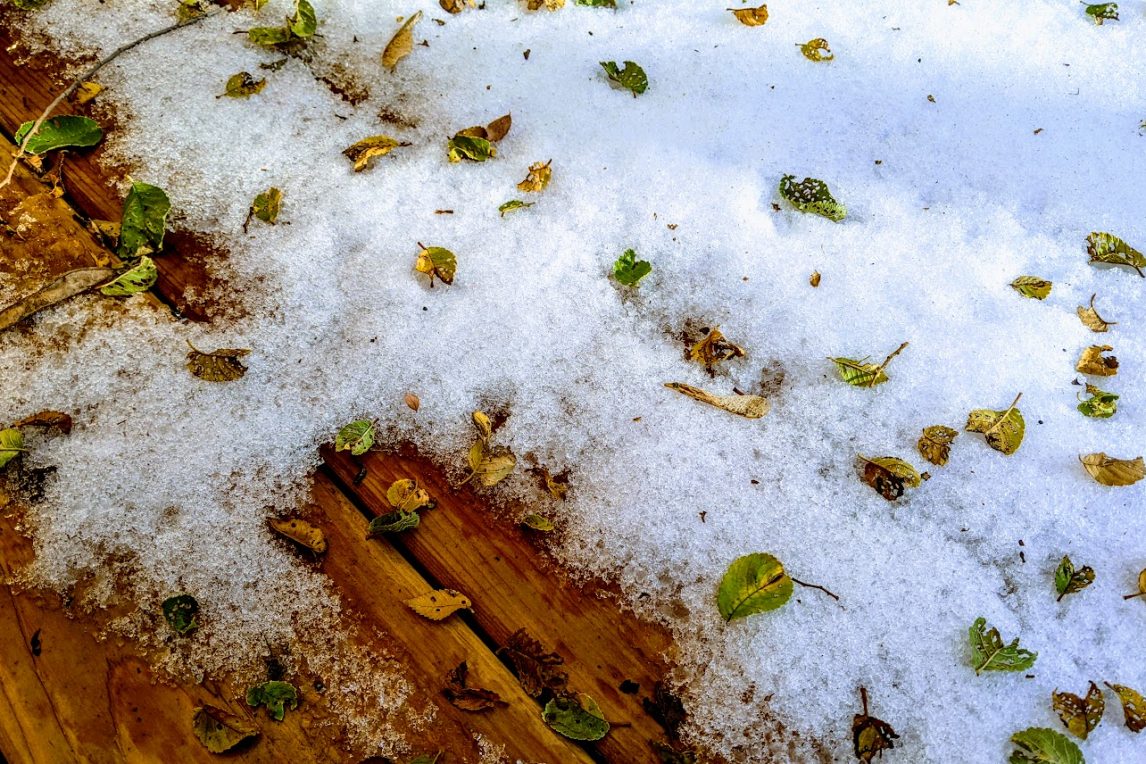 Five hours sitting in light snowfall and still, a bird had not come. It hadn’t taken her long to build; it was simple, really, half a Dixie paper bowl filled with sunflower seeds taped to the bridge of cheap plastic sunglasses. Maybe these birds didn’t like sunflower seeds. Maybe they had an allergy.

Maybe they’d found someone else.

Wrapped in a sheet of flurries, she could have been a covered grill. It made her think of bleeding burgers, bird poop between the cracks of lawn chairs, and Chickadees rinsing in the shallow dirt behind her garage. Mostly though, it made her think of the way her dad spit sunflower shells from between his teeth into a metal shot glass, even after the cigarettes had taken most of his lungs.

Her husband nearly walked past her when he got home.

He: What are you doing?

He: Want company? Something to eat?

She: No, you’ll blow my cover.

Inside, he hand-peeled butternut squash and segmented out the seeds. He went to throw them in the trash before pausing and then leaving them on paper towels to dry. It took another hour to roast the meat, charring its veins, mix it with the sweat of Vidalia onions and too much crushed and salted garlic, and blend it with coconut milk. While it simmered, he waited by the dining room window. He saw a blue jay and a robin but they were just out of her line of sight, her crumpled heap.

Her skin was blue and feathered, frozen fog unsticking from her eyes when she came inside. She shook the seeds mixed with snow out of her Dixie cup over the squash peels.

He watched her as she sat down, steam curling into her eyelashes and baby forehead hairs. She tipped the edge of her spoon into the creamed orange soup. It coated half the metal curve like a dipped Halloween apple, like caramelized cinnamon, like burnished fondant icing. She tasted tentatively. Dipped in, dipped out.

He (quietly, not wanting to startle): You eat like a bird.

She (looking at him sideways): Do I? I wouldn’t know.