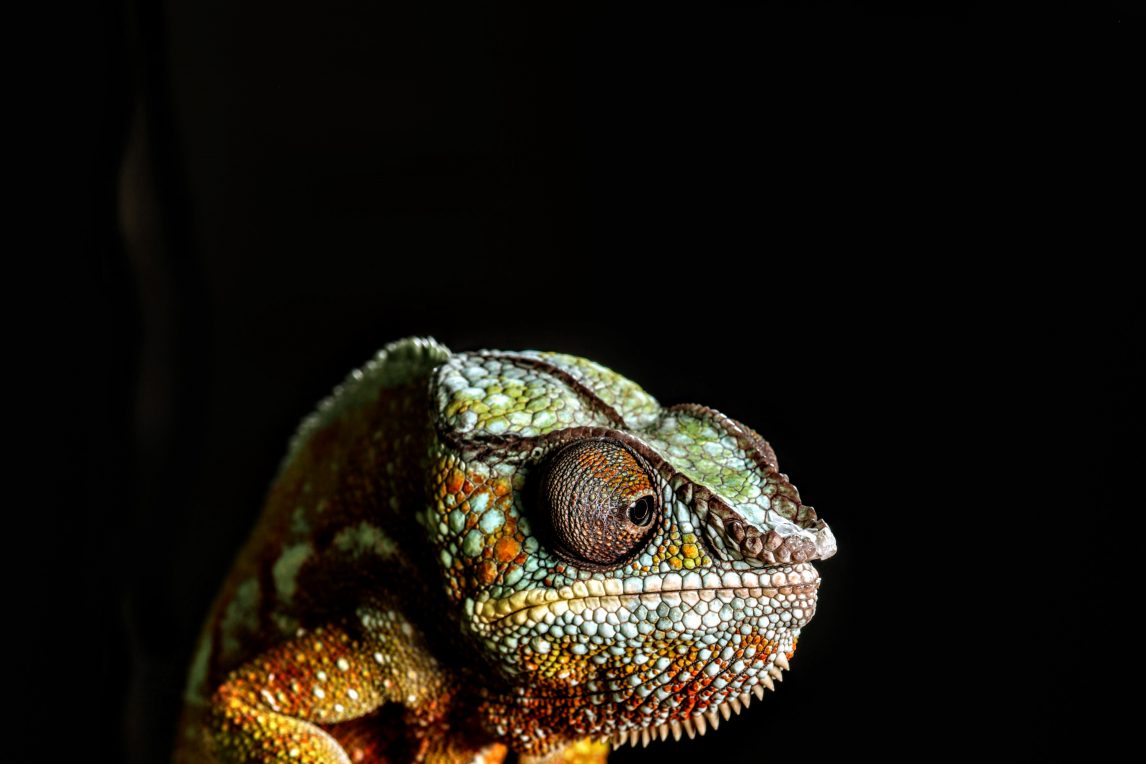 [ This image is in the public domain. ]
Amanda Rizkalla·
Short Fiction

I found a bowl on my windowsill.

In it: a faded stinking violet, a handful of salt—I knew it was salt because I tasted it—it was salty—and curled on top in a knot, a dead brown iguana.

The iguana looked like it died mid-thought. Its eyes were asking a question. Its pupils were as small and dark as beads.

I noticed the bowl because of the flies. They tapped on my bedroom window with their veiny, fanned-out wings until I came to look. I sighed. Put on gloves. Held my breath. I moved the bowl to the neighbor’s porch. The bowl was blue porcelain—cat-eye blue—and I imagined, after she cleaned it, that my neighbor might use it to hold salads. The bowl gleamed like a fish scale against the rotting wood of her porch.

The next morning, when I checked my mailbox, I looked for the bowl but did not see it there, where I had left it. I walked barefoot around the neighborhood until I found it, three houses down, on a patchy yellow lawn. The neighbor must have moved it.

I confronted her about it.

“Of course I moved it,” she said, holding her robe shut across her chest. “It was festering.”

I checked on the bowl every day for a week, and every day, I found it moved. On the sixth day, old Ms. Tiffany used ragged oven mitts to move it, pinched her nose with a clothesline clip, before setting it down on Mr. and Mrs. Jones’ doorstep. On the seventh day, Mrs. Jones screamed when she saw it—screamed—and after going back inside her house, came out with a lettuce leaf and tried to feed it to the iguana. She crouched down on the welcome mat. Pried its mouth open. Then she nudged a white ceramic mug full of ice-water toward its nose.

The ice cubes clinked in the mug. The sound of wine glasses kissing.

Then she began to weep. “Poor little chameleon,” she said, stroking under its eyes with her thumb while I stood outside of her house, pretending to check my phone. She leaned over the iguana. Her tears carved dark, wet trails on its dusty skin. “Whoever did this to you—I am so sorry.”

She kissed its cheek, then moved the bowl next door, beneath Mr. Wright’s mailbox. When she walked passed me, I saw that her lips were specked with salt, like the rim of a margarita glass. She wiped her eyes with the sleeve of her sweater.

I stopped looking for the bowl after that.

A month later, I heard it reached another town moving this way, lawn to lawn to lawn. Three months later, another country. A year later, it was said the iguana, violet, and salt had each turned into the same color of dust.