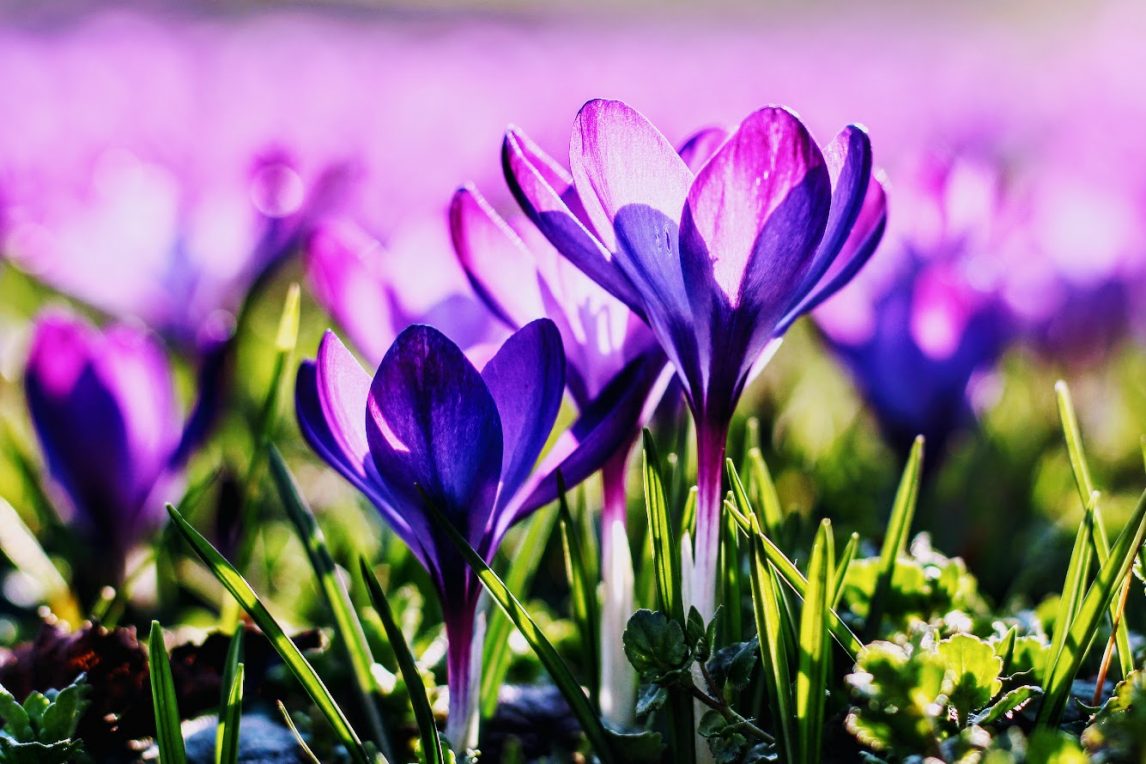 [ This image is in the public domain. ]
Evelyn Fletcher Symes·
Short Fiction

I Am the Resurrection

It was spring and Jim felt the allure of all young green things. He would always feel it, for he was forever nine. The year the fever gave him eternal youth, it took his mother. He’d comforted himself by wearing her clothes. Peeking out, from her old poke bonnet, he would wave to passersby as he swept the porch of the shack where he lived. His drunken brothers, generally good natured, had accepted Jim’s new attire, with one caveat–he could wear it only when cooking and cleaning.

That suited Jim fine. But this morning the crocuses, his mother’s favorite flower, had peeked from their cold beds where he remembered her planting them sixty years ago. Jim was restless. The farm down the hill that had been empty most of Jim’s life had been bought. A young mother with three tow-headed boys hung clothes on a sagging clothesline. The daddy drove to work each morning leaving the mama to mind her babies and work the long-barren garden.

Jim sat on the porch watching the clothes flap in the Spring breeze, little clothes. The fever had left him slope shouldered, small. Adult clothes swamped his slight frame. When he wore the bib overalls his brothers bought him, the waist hung down to his rear. He never bothered to roll up the legs. In his father’s old trench boots, his pale dirty toes peeping out from the flapping soles, he walked the pant legs into ragged edges.

The sun had driven the chill from the air. A new resolve filled him. He sluffed off his mother’s dress, dropping it on the porch, and walked naked into the shack. Stepping over his brothers, who lay sprawled on the floor snoring explosively into the fetid air, he plucked his overalls from a nail by the stove. Hooking the one remaining brace over his shoulder, he paused to look critically in the mirror of his mother’s washstand. Black ropy strands of hair hung in his face. He pushed them back and anchored them behind his head with an old tortoise shell comb. Satisfied, he grabbed two empty coffee cans and his boots that sat manure crusted on the open oven door where he’d left them to dry after tending the hogs that morning.

Shod and clothed, he knelt in the cool dirt by the crocuses, carefully filling the coffee cans with freshly sprouted bulbs. He’d found that people were generally friendly, except for mothers with children. Invariably they wrinkled their noses at him and huddled their children under their arms like Jim’s hens did when herding their chicks away from danger. Today, he would bring a gift to show that his intent was honorable. His most valued possession, his mother’s flowers.

Once the cans were filled, he sprinkled some well water over the dirt he’d lovingly tucked around each bulb. He hoped they would take to a new home and almost aborted his plan at the thought of them withering and dying for lack of care.

But it was Spring, the season of hopefulness. He set the cans on the porch and clamored over the corral fence smooching his lips in exaggerated kisses to entice Pearly, his mule, to present her rare, mild-tempered side long enough for him to get the come-along over her head. When she proved to be her usual cantankerous self, he resorted to bribery and sweettalk.

“What are you so tetchy for?” he crooned to her, shaking the bucket of oats. “Ain’t you even innersted? They’s little children at the old Pemberton place. I see’d their clothes a-hanging on the line. And there’s a mother what takes care of ‘em.” The mule eyed him suspiciously. But the bucket was her undoing. She finally acquiesced, shoving her nose greedily into the oats, but not before Jim slid the come-along over her head.

In a minute he was mounted, and snugging the coffee cans between his thighs, he urged Pearly into her usual sluggish walk. And with the ever-hopeful anticipation of youth, he made his way down the road to the barbed wire gate of the new neighbors. At the gate Pearly stopped and brayed her usual robust discontent at being thwarted. Jim sat placidly waiting for admittance, puffing occasionally on the stub of his pipe, grinning, as he listened to the shouts and laughter of the boys at play.

“I sure hope them little boys have some of them car toys,” he said genially to Pearly.

He heard the twang of a screen door opening then banging shut and a moment later the mother, her blue apron full of colored eggs, rounded an overgrown peach tree to stand in front of Pearly.

“Well now, who have we here this fine Easter morning?” she said, her eyes twinkling.

“Mama,” he whispered, for a moment befuddled, then louder, “it’s Jim, Missus.”

The woman smiled and untied her apron laying the eggs carefully on the ground, “Well, come in Mr. Jim,” she said and slipped the loop of wire that held the gate taut over the post. “The boy’s and I were about to have lunch. Have you eaten?”

Jim urged Pearly through the gate and leaned over, holding the coffee cans out to her.

“Crocuses,” she breathed, taking them from him, “my favorite.”