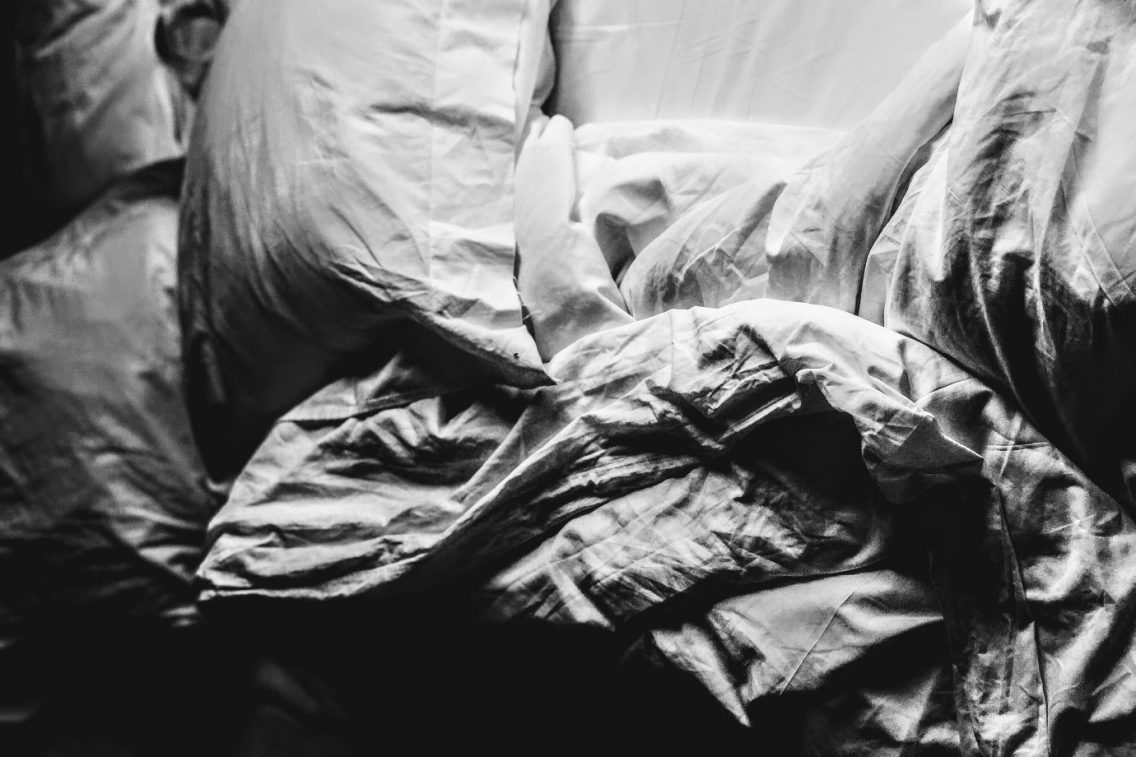 [ This image is in the public domain. ]
Judith Pond·
Short Fiction

How long can sperm live?

The next morning, and for the two and a half weeks until she got her period, that’s all I wanted to know.

We met in a choir. As any singer will tell you, it’s the best place to meet lovers. All that plainchant and a cappella striving. Those tight intervals and strict discords, the eventual release into—ah—harmony.

Performed properly, that shit can drive you crazy.

In a good way.

Then too, there was the dazzle of those blue eyes like the sun coming up over distant seas, regarding me night after night with that legato gaze.

So much can be accomplished with the dynamics of eyes.

At the time, as it happened. I had a terrible crush on Virginia Woolf. Wouldn’t you know it: she did too. Weirder still, she went by V. Before long, V. and I were meeting down along the lake or in deserted carriageways, swooning over those long, tantalizing, stream of consciousness passages from To The Lighthouse, and agreeing about a room of one’s own.

Which neither of us had.

Though that didn’t stop us. There was always the choir, that hotbed of liturgy and wistful polyphony. Soon, too, on winter afternoons she was coming to my house, and we gradually progressed from there to The Lighthouse and from the lighthouse to moments that would slay all the bluestockings in Bloomsbury. There was that one time, V. on a kitchen chair, her immaculate white blouse ajar, the very icicles on the window dripping with the reverence of our lust. And those breasts! The long gold perfection of them, like ski slopes untouched by anything but a Cecil Beaton dawn until…my grateful face between them, inhaling her fragrance of Blue Lotus and clean skin; the way she called what we were doing my darling sin.

I was married at the time.

When my spouse discovered the situation, all three of us agreed there was nothing to be done, as Virginia would say, but to suck it up.

Okay, what she actually said was: The older one grows, the more one appreciates indecency, or words to that effect.

There was the night we slept together. The three of us. Right in the marital bed, the March wind roaring outside, the long legs of my spouse splayed between mine and V.’s beauties, the curves both familiar and un, the fingers and tongues, bodies blending and parting, pining and recombining. The awe of discovery, the touch of fingertips to clavicle, the sweet shuddering of breath. Though it must also be confessed that, though I loved my spouse, it was V. I really wanted that night, and it was into her that I poured myself, her sex I worshipped, her neck I kissed.

Not even Virginia could have experienced anything as unison as this, no, not even the magnificent Ms. Woolf. To tell you the truth, I could have sung every voice in a four-part Magnificat myself that night, and not have been tired by half.

How many orgasms were there before four? A.M., that is. There was the one that felt like a rain of small flowers, then the one that resembled a waterfall. Don’t forget the hilarious one, where no one was sure whether they were laughing or coming, that was a fun one. Then the broken one, where we all wept, also in unison, then took a break to go out to the kitchen, and chow down.

Believe me. There’s nothing like cold Hawaiian after four orgasms at two on a winter morning, to bring a man-sized appetite on.

But even then we weren’t done. Eat your heart out, VW! Just around four came the grand finale, which as we all know, is a bit of a solo, even if it does involve three. The delicious gush, so warm and silken, the release, for some of us, anyway, the universal smell of a Javex factory.

Life and a lover, as Virginia was wont to say.

It wasn’t until morning, with its rumpled sheets and sober light, that it occurred to me, that sex, even three-way, is how babies get made.

For fourteen plus days after that, I fretted about her period, repenting, watching, praying for a sign.

It didn’t occur to me until I was late, to wonder about mine.