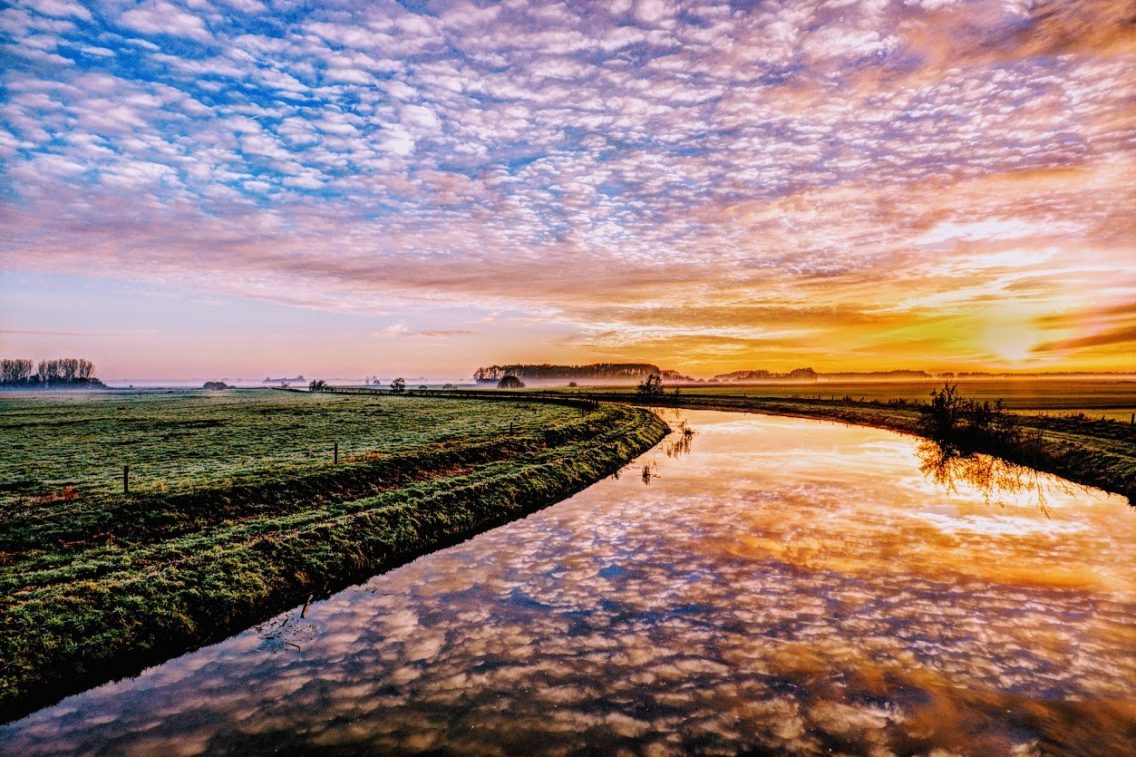 [ This image is in the public domain. ]
Jenny Cunliffe·
Short Fiction

The drinks fridge shudders and settles back into itself uneasily. Beyond the open door, a row of ash trees whispers to passing traffic. The girl behind the reception desk yawns and creaks on the ageing desk chair. She thinks again about the traces of other employees and their snatched lunches ingrained in the seat. Slides her hands under her thighs, which are starting to prickle with an itch she can’t quite determine as physical or imagined. She tries not to rub her hay-fevered eyes. A summer job at the golf driving range would be fun, her mother had said. A bit of money and something to put on her CV. Proof of a Work Ethic. So far it just feels like yet another irritant. Seasonal salt trickling into little wounds that have started to open every time her best friend sends her another bead-strewn, coconut-infused bulletin from Phuket.

Outside, the air broils above the sun-beaten car park. The hum of a lawnmower and the cry of a peacock. Desiccated litter chases itself around in tiny eddies before settling under the hedge. The air temperature out there could shatter thermometers and still the reception area would remain coolly aquatic. The girl glances at the dried grass and grit which has accumulated in the grooves of the entrance mat. She should do something about that, but the afternoon has run her aground. She feels like a shell washed up on a beach. Limitless possibility spread out before her, but no means of locomotion. Resigned to relentless tides, more North Sea than Gulf of Thailand.

The crunch of loose stone under tyres snaps her back out of her mind like a hypnotist’s click. She hauls herself up onto her feet, watches as a sporty black car parks up. She makes predictions about the occupant based on her personal prejudices. Feigning business with pens and loyalty cards, she notices the sticky circle left by a previous customer’s can of Coke next to the signing-in book. No time to wipe it away now before the man is at the doorway, wrangling himself and his unwieldy load of golf clubs over the threshold. She takes a breath and tries to summon a smile she doesn’t feel.

She tells him he can take his pick, says the place has been like the Marie Celeste today. Asks him not to drive the ball too hard from bay 14 which, sitting at the far end of the curved wooden structure, is angled in such a way that an extravagant shot could take out someone passing along the canal. He laughs, says he should be so lucky to hit one that far. She takes his cash, stamps his card, motions she is sure she has started to make in her sleep. Listens for the click of the handle and the head-splitting roar of golf balls filling a bucket as he heads out.

She remains for a minute suspended in the stillness left by his departure, caught between nagging thoughts of many little jobs she should be doing before the boss arrives for the evening shift and the desire to fold herself back into the chair’s clammy embrace. She grazes the laptop touchpad, bringing the CCTV feed back to life just in time to see the man in bay 14 hit a shot of such force that she flinches despite the distance between them. Raises an eyebrow. Muses once again that she might as well save her breath. The fridge sighs in agreement.

As the golf ball breaks the surface of the canal, the eyes snap open in the silt below and stare intently upwards at the memory of daylight swimming above. A runner on the towpath slows his pace and blinks as the water begins to seethe, turning grey and opaque as though being pounded by the kind of heavy rain referred to by his grandmother as ‘stair rods’. Not a drop is falling from the sky. He knows this by the evidence of his own skin, but still stops and looks up. Then back down at the waterway whose level is now, undeniably, rising. Small waves have started to lap onto the grass, licking towards his feet. He frowns. It must be some kind of mechanical problem along the way, a blocked sluice or mishandled lock. His brain carries on valiantly trying to force a lid of logical explanation over the unease welling up through his core. The water has reached his ankles. He makes a break for the bridge, swearing into the humid air as a Jay screams in the woods.

Time stretches. The sun begins to dip. Car park litter drifts into reception as a light breeze ruffles the floodwater, mixing with till receipts and coffee cups cast adrift from their machines. The fridge has succumbed to inundation, lights out, bright cans turned ghostly in their tank. The cotton fabric of her cardigan spreads from the back of the chair like seaweed. His golf bag floats away from the deck, slipping gently free from its anchor of irons. Pink sky. Silence. Then small ripples appearing as the new ones come to take their turn.