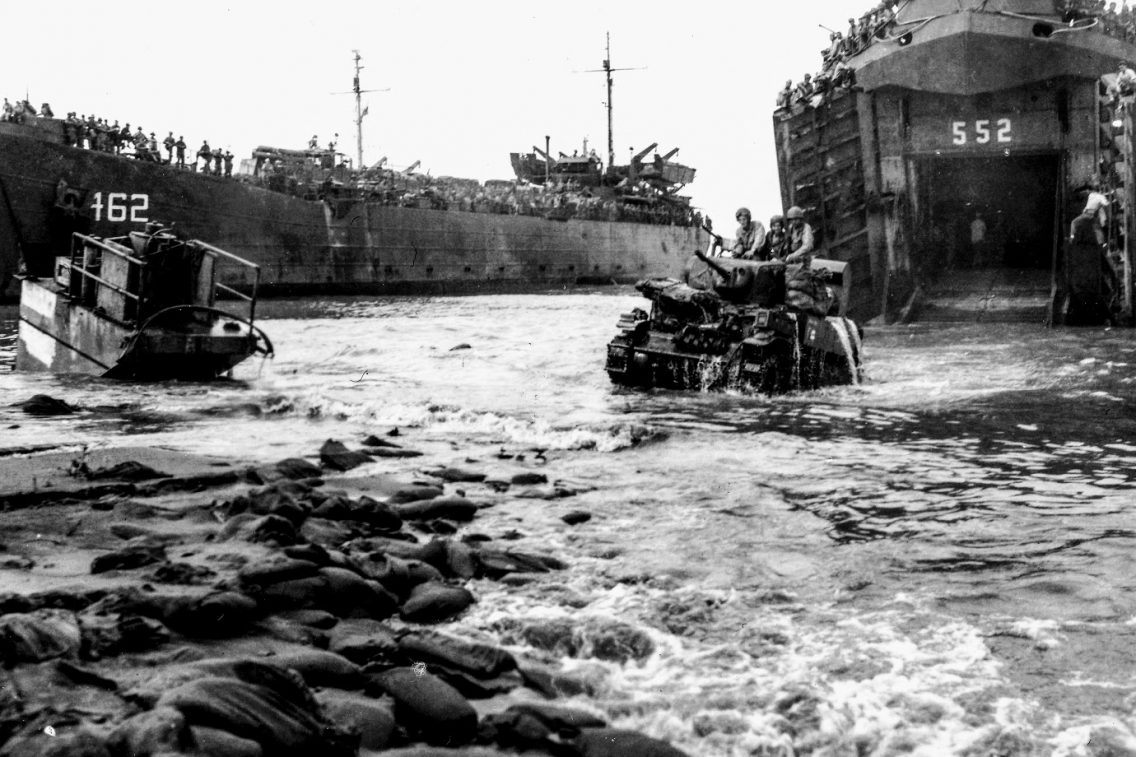 [ This image is in the public domain. ]
Lorrie Ness·
Poetry

There is arrivederci in the North End,
Boston fog, blue twine around a box of cannoli.
Darling Gina

posing with a little leg on the front stoop, becoming
a marsupial in his breast pocket.

grinding cold tracks down the eastern seaboard
to New London, Connecticut
where he takes to water.

deploying on a Navy LST. Cuba in July. Panama Canal
in August. On the way to battle
in Luzon,

he’ll cross the equator as a pollywog. Older sailors
smear his chest with axle grease.
They shave his hair.

He is transformed.
He is a shellback.