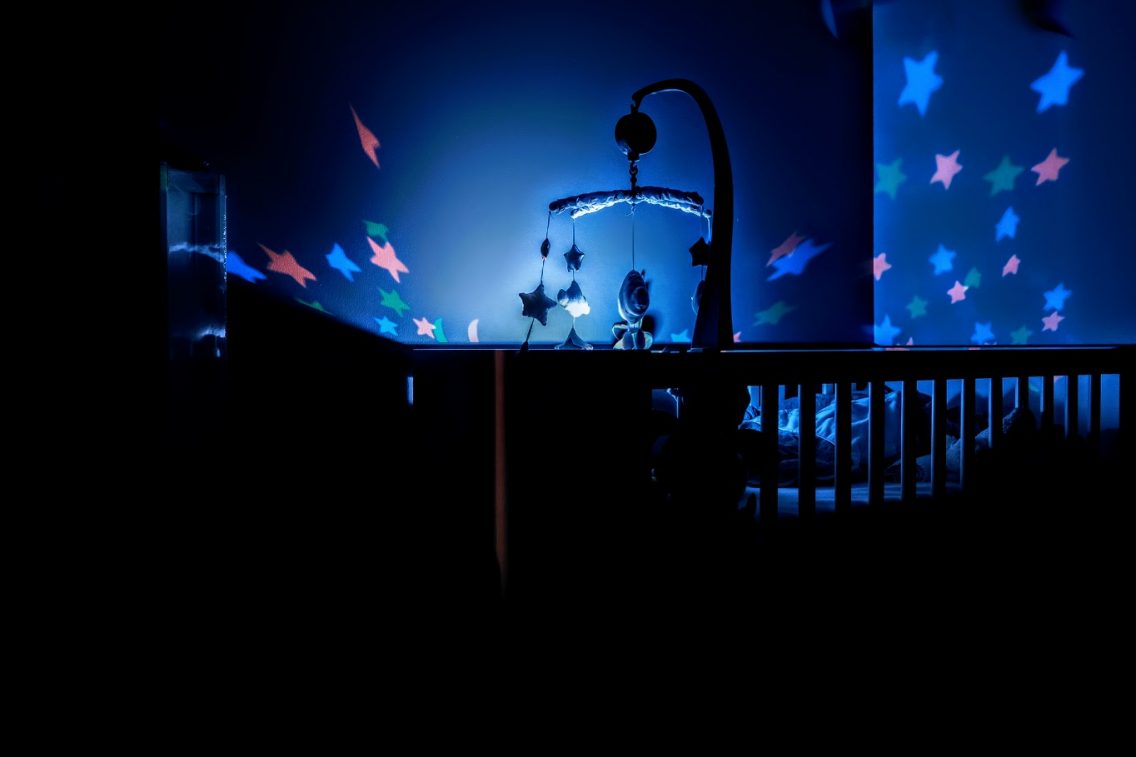 [ This image is in the public domain. ]
Amy Havel·
Short Fiction

She didn’t tell anyone about the baby speaking Navajo, not even the husband. Not even the dog, although she was fairly sure that he knew something strange was happening and had even raised his head straight out of a deep nap at her yelp of recognition when listening to the CDs she had borrowed from the library. Knowing that she alerted the dog to something she might want to keep secret, she told the dog not to worry, and the dog, obeying well, laid his head back down.

In the four months since the baby had come home from the hospital, things had progressed in what the mother felt was a suitable and predictable fashion, though she didn’t know much about what was suitable and predictable for an infant’s first four months, but figured that eating, sleeping, and crying was the breadth of activity that could be expected. She herself tried to partake in these same three activities, but ending up doing the first two only rarely and the third probably too much. Worrying was her fourth activity, which the husband shared but to a lesser extent, and the baby and the dog, as far as she could tell, not at all.

Her favorite time for this activity was after the second feeding of the night, when no one else in the world was awake. The husband recently had suggested that they split up the feedings, since she herself no longer needed to be present. At first she had conceded, thinking the extra sleep would help but found that she woke up anyway and might as well put herself to use instead of lying in bed and listening to the heavy silence that weighed down on her after her husband and her baby were done and they both fell back to sleep.

It was during one of those times that she heard the baby reawaken and start to make noise. Her instinctual feeling was one of frustration at the baby being awake again, which made her feel guilty, a feeling she was beginning to wear like a wetsuit. But then she heard what sounded like a song, or a humming, coming from the baby. The sounds were different; they strung themselves together; they had a melodic prance. She got up. She stood outside the baby’s door. She listened.

The next morning, the baby sang again, but this time the sounds were whispery. Notes and tones and flutters. Real words, she thought, but not words she knew. The pattern of the noises sounded something like speech but the mother knew she had to be interpreting too much. Still, she listened to the baby and the baby watched her, its eyes locking her in.

In the days that followed, as she got prepared to return to her job and finish her maternity leave, she tried to encourage the baby to speak by imitating the sounds. As she started to look through her paperwork when the baby was bobbing up and down in its bouncy seat, she reflected any sound the baby made as best she could. Sometimes the baby repeated the sound after her, seemingly correcting her intonation. It was the dog, however, who made a connection, a small connection.

A delivery man had approached the house with a package of books the mother had ordered a week before. The baby spoke a string of word sounds, the dog looked at the baby, got up and walked directly to the door. He howled once. The doorbell rang.

Distracted during her interaction with the man at the door, she remembered studying American history during high school, specifically World War II, and being fascinated by the codebreakers called windtalkers. Windtalkers were members of the Navajo Nation whose native language was incredibly difficult to learn and almost impossible to decipher. The United States military had used the windtalkers as message deliverers, because their language to outsiders seemed like an unbreakable code.

Within twenty minutes, she and the baby were at the public library, speaking with a reference librarian who not only handed over several books on the topic, but a CD that had a short recording of the Navajo windtalkers. “It’s really a mysterious language,” the librarian said. “Almost impossible to learn unless you’ve grown up speaking it.” The librarian did not inquire why she was so interested in the topic, just gladly checked out the materials with a smile. “Enjoy,” she said.

After the mother heard the recording, and after hiding her reaction from the dog, she picked up the phone to call her husband. But then she put it down. He had just that morning suggested that she maybe needed to check back with her doctor, or maybe she needed a couple days away before she went back to work. Maybe she wasn’t ready. She looked extremely tired, he said. She had been mixing up her words, he said, and sometimes losing her train of thought in the middle of a sentence.

So instead of calling, she turned back to the CD player and pressed PLAY. The baby seemed to giggle at the first sounds, and the mother began to laugh too, first just a little and then so hard that fierce, hot tears came and the sob that had been stuck in her throat for days let free. She and the baby watched it float up to the ceiling. The dog, a smart dog, left the room when the sobs turned back into laughter, not needing to see any more.