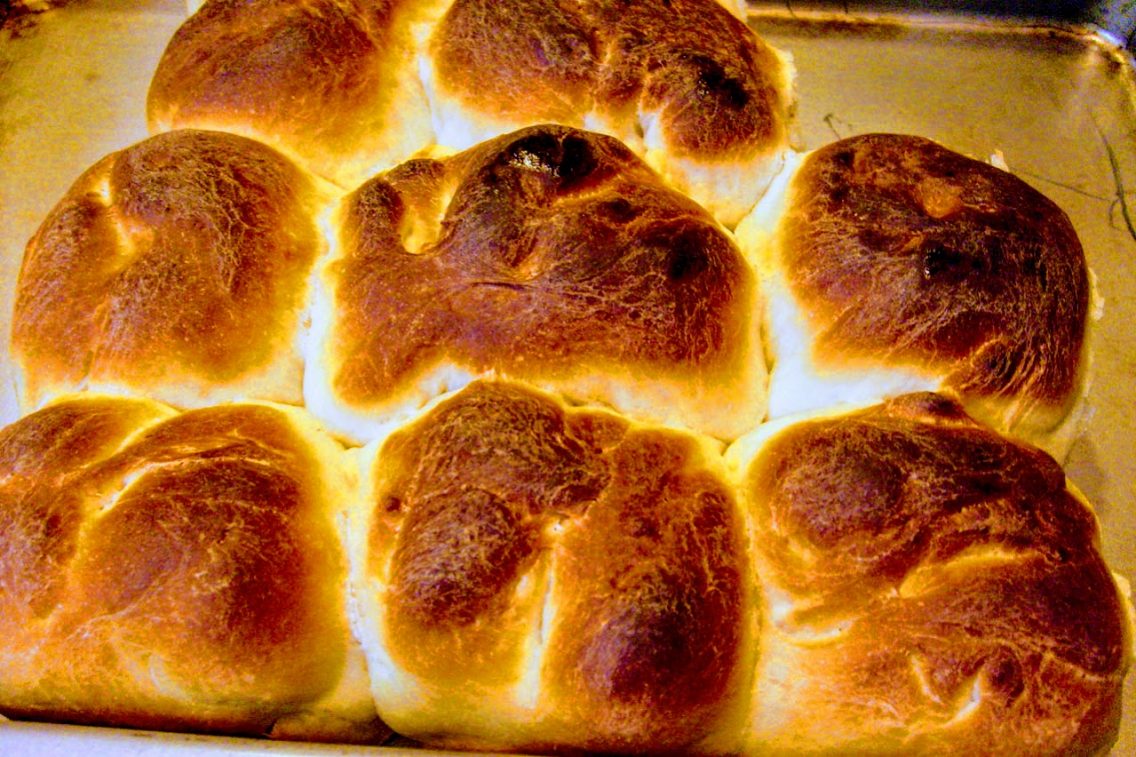 [ This image is in the public domain. ]
Grace Stroup·
Short Fiction

The world turned and I decided it was time to figure out what I wanted to be. I decided it would probably be good to be great at something. And nothing like all of that fancy stuff. Not a banker or a lawyer or some snooty little receptionist at the dentist. Probably not a mother. Nothing like my Mama. Nothing that would have me out the door before 8:15. None of that. I just knew I wanted to be pretty sweet at it—whatever it was—and more than anything I knew I had to know all about it. I also knew I had to be all about it.

I decided to start small. I could be a painter. Ms. Patty knew someone who knew someone who could get me the art student discount at Plaza, and I could go on YouTube and teach myself. I could get Liam to drive me downtown to stare at some of the stuff inside those museums for inspiration, to learn how the big kahunas did it once upon a time. But his car was in the shop and he told me the art scene down here was no good and Plaza was closed on Sundays, so I thought of something else.

I thought about being a gardener for a couple of hours one of those days. I could steal some of Kira’s chicken wire from the sunroom to make a little fence to shield the tomatoes from foxes. Maybe I could wear overalls and spend my afternoons in the dirt with earthworms. I could go down to Lowe’s and flirt with that guy, Benny, who had acne in a circle around his chin in middle school. Maybe he’d give me a discount on some seeds. He looked pretty nice these days. That’s what Ms. Patty said, at least. But Kira told me I just didn’t have that je ne sais quoi to be a gardener and I didn’t like dirt that much, so I thought of something else.

I considered what I already was: a woman, a twenty-two-year-old woman, who was a reader and an occasional drunk dancer, and was a pretty mediocre person. I liked old rock music and a crispy dinner roll topped with salted butter. I didn’t really want to marry anyone but didn’t know if that was because I’d never met anyone who I liked, or if my parent’s failure had fucked me too much to believe in marriage. I enjoyed waking up really early and standing in the center of our backyard in a starfish, reaching my arms to the edge of the corners of my being before throwing myself onto the ground. I liked doing a lot of things, but they were all random, and didn’t line up into a neat little box of something. I didn’t know how to figure out how to be something. So, I went to bed.

I asked Kira about it the next morning and she told me I could be a cleaner, and to start with our two-bedroom one bath. She thought it was kind of funny. I walked down the block to Ms. Patty to see what she thought. She gave me a slice of corn bread and a glass of milk.

“Well baby, what do you want to be?” she said. Ms. Patty had a round stomach that sort of poked out, kind of like she was pregnant all of the time. Her blinds were closed, and she always had a cigarette lit, always hanging out the corner of her mouth. I sort of hated her house but didn’t know how to go about not going over there anymore. She was one of the only friends I had.

“Hmm, what about baking?”

I wanted to tell Ms. Patty that my Mama hadn’t ever taught me to do anything. Not to drive or to bike, or even really to turn on the television, but that seemed too desperate, too sad, so I just shook my head and stuffed my face with the crumbs of corn bread.

“You can do anything you want. You know that baby,” she said.

I kept wondering why people had such an affinity to call me baby. It made me consider if I looked like I was someone’s baby, if people thought I had a someone at all to call me that.

I got up and left. She came out on to the deck and pulled a long drag of her Marlboro Red. It was sweet and sickly. It smelled like my Daddy.

She gave me a lazy wave, and I nodded before trudging home. Liam called me and invited me to get snow cones later and I said sure, since I didn’t have anything to do, or anything to be.

Admittedly, I was wallowing.

We got snow cones and the syrup dripped all over my fingers, and Liam went to lick them. I considered it, what it would mean if I was the kind of girl that let boys suck on her fingers and decided I would hate myself if I let that happen. I swatted his face away and quickly got out of the car and told him not to do it again. He laughed and told me he was only kidding, before raising his eyebrows at me shyly. Maybe I was a sexual being to Liam. I didn’t want that to be the thing I was, or the thing I was good at, at least I was pretty sure.

It made me feel silly and dizzy in a way that I hadn’t ever felt, so I sat on our front stoop and stared at the sky thinking about all of the things I was sure I didn’t want to be. Never a bus driver or a lunch lady. Probably not a churchgoer or a person who went bowling on Sunday mornings.

She came outside and sat down next to me and we watched as the sky turned light orange and then quickly pink before settling into a lilac of twilight. Fireflies hung from the magnolias across the street and I could hear Ms. Patty’s grandkids playing in her inflatable kiddie pool in the front lawn. I thought about Benny, how mean we were to him as kids and how he probably hadn’t wanted to be the fat kid with acne, and how one day he just wasn’t anymore. So, I decided to wake up tomorrow and begin something new, except, I wouldn’t change anything at all. I would garden and bake, and maybe I would even paint.

And then one day I would have a neat little list of somethings that would turn me into a someone who still ate dinner rolls that were slightly burnt, lathered in cool cultured salted butter. At least, that was the goal. It was all I could muster. And Kira told me it was just a fine idea, really.