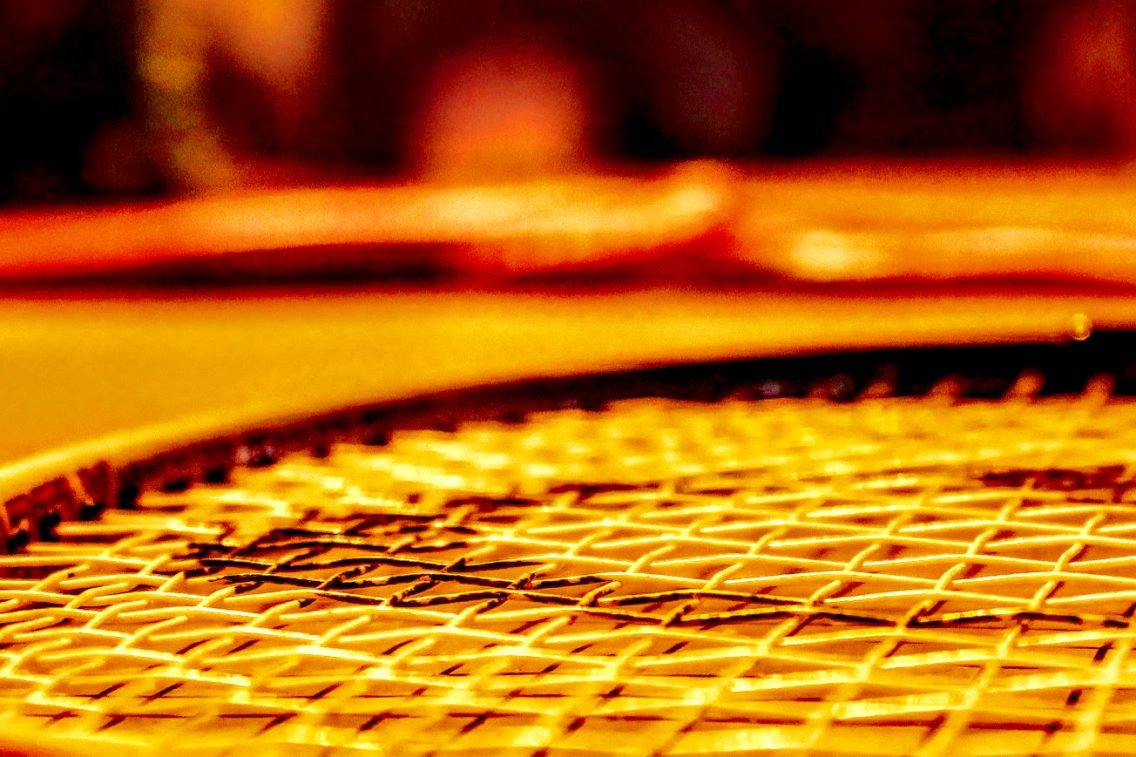 [ This image is in the public domain. ]
Kayla Kavanagh·
Short Fiction

The women who have befriended Gwen are from Fairfield County, their fiancés work in finance, and sometimes they play tennis. In the summers they receive lessons from white-laced instructors in private hydrangea-bordered clubs. In the winters they rent time on indoor courts under big plastic domes. They enter a climate-controlled bubble and shed coral cable knit sweaters to reveal pale, glowing arms. The taut dome walls remind Gwen of skin.

When a lucky ball bounces on the net and just barely rolls to the opponent’s side, Gwen doesn’t giggle or apologize like the other women do. During doubles play she leaves her alleys open because she knows they would never take the narrow shot. She resents how the term “slice” is reserved for the softest stroke in the game.

The dome is chilled, but this does not prevent the air from growing humid when the women split sets. Gwen enjoys splitting sets because it requires the expenditure of extra calories. Gwen recalls a time in her adolescence when she was not so excellent at expending extra calories: afterschool cookies on the living room floor and no one to meet at the mall. Gwen often drops a few games to ensure the splitting of sets.

Gwen also recalls a time when she wasn’t a fiancé, nor a member of this particular group. She can’t help but wonder whether the acquisition of a fiancé and fiancé-adjacent friends coincided with a period of retching so violently that she bruised her skull on a porcelain toilet and discovered small clouds of blood billowing beneath her irises.

Gwen participates in what her fiancé calls a cute little career in publishing, which she entered at about the same age she began recording what she packed for lunch each day. She won the temporary respect of the boys-club production team until she got skinny and they hated her again. Still, she did the job well. She kept a notebook of her passwords. She framed her computer screen with post-it note deadlines. She ate fourteen almonds a day. She was offered a mid-level position by the end of the year.

The other women also busy themselves with a variety of small jobs and hobbies, and Gwen finds their tennis and conversation pleasant enough, if not as aerobic as she’d prefer. But what really satisfies her is the swaying, split-vision knowledge that she is better than everybody else. She would know this even if the women didn’t glance at her thighs so frequently, even if their husbands-to-be didn’t eye her so intently during holiday functions. She knows this by the sharpness of her own cheekbones in the mirror, the way they slice across her face.

Gwen can admit she has difficulty making line calls because at times the line is blurry. If a ball is close and she’s dizzy, she graciously forfeits the point to the other women. On such evenings she doesn’t mind when the match ends and they step out to the parking lot because the biting air deadens the sensation that her head might float off her body. As they disperse to their individual Range Rovers she wonders whether the mist in front of her face is her own breath blowing back at her or an early sign of snow.