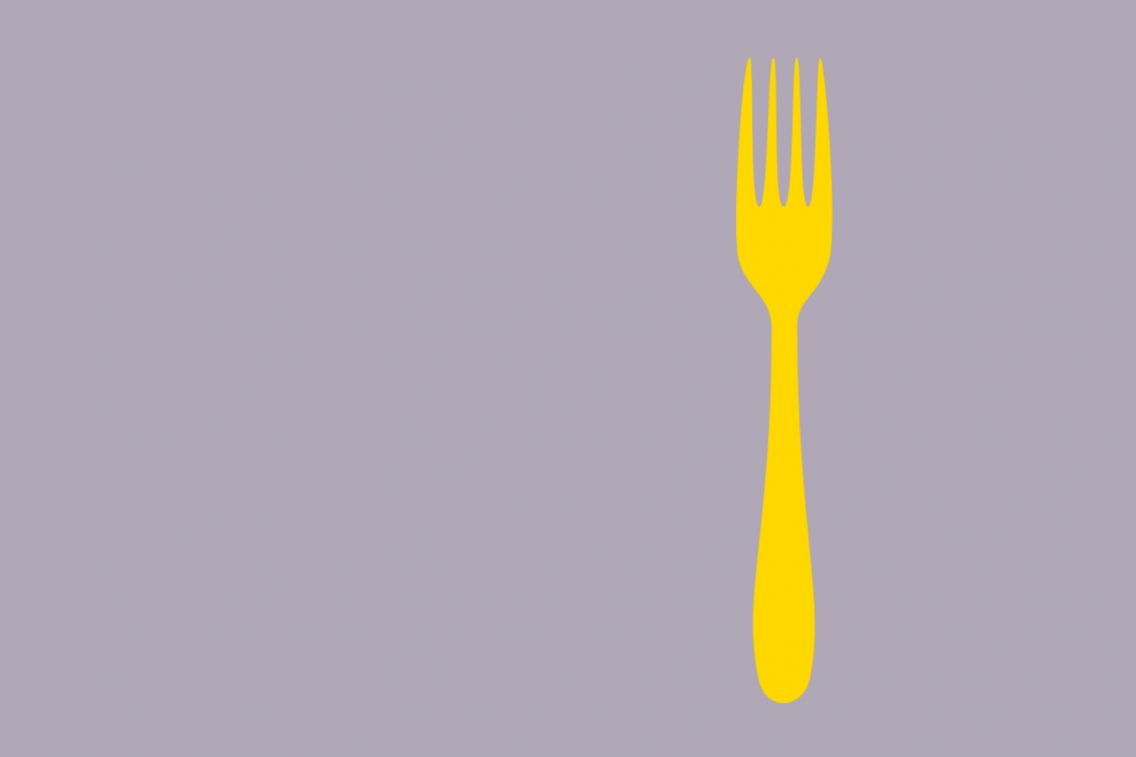 IT Guy held his plate, a non-committal sort of blue, under the tap in the kitchen and watched the smears of icing and crumbs go flaccid.

Diningware must be dried and put away immediately, read a sign above the sink. DO NOT leave items on the counter. IT Guy remembered installing the font on Associate Director’s computer, but he couldn’t recall its exact name. Joy Sucking Sans Serif, he thought to himself.

The cake had been of the mass-produced sort, all institutional fat and sugar. Thinking of himself as nothing if not a good soldier, IT Guy had accepted his portion at the mandatory office party for birthdays that fell between August and March.

Effective immediately, it read, disposable diningware is not permitted at office parties. Each employee will be provided with a plate, a bowl, a fork, a spoon, and a knife, to be washed after every use and kept in the kitchen. One complete set for each employee in the color of their choice.

The office was five people. The choices were yellow, blue, red, orange, and black, awarded first-come-first-served.

Executive Director left a sticky note on Associate Director’s door that misspelled her name and asked for green. She gave him orange.

Accounting was taking a personal day when the email went out. By the time she returned, black was the only color left, which IT Guy felt was awkward because she was the only Black person in the office.

There were no dishtowels in the kitchen, just a roll of brown paper that sat on its own spine.

IT Guy rinsed his plate. Then he tore off what seemed, when the deed was done, an unjustifiable length. He couldn’t exactly put it back, so he dried with added vigor as Accounting moved in to wash her plate. IT Guy wanted to tell her he wished he had chosen the black diningware for himself.

Had he spoken out loud? Apparently he had.

Accounting rinsed her plate. IT guy watched her hands glisten in the cold, buzzing light.

She measured a judicious length of towel and tore it off — cleanly, decisively — with a flick of the wrist.

IT Guy opened the designated cupboard and put his plate in its designated spot, labeled “blue” in a different font. This-Is-Hell-vetica, he thought to himself.

The next day, an email arrived from Associate Director. Effective immediately, it read, all employees must request personal days at least 73 hours in advance. IT Guy thought about replying to ask if she had meant to write 72, but just then a reply-all arrived from Compliance. having a colonoscopy tomorrow. thx.

Then came an e-mail from Executive Director, reading only can you come into my office. IT Guy looked over the wall of his cubicle and saw the Director sitting motionless in front of his computer. He walked over, half-wondering if the poor man had expired sitting up. He knocked on the door, and to his relief, Executive Director turned and regarded him.

He handed IT Guy a lone, disembodied key. It bore a forward slash and a question mark.

IT Guy looked over Executive Director’s shoulder and saw that his keyboard was, indeed, missing a forward slash and a question mark. He leaned over and pressed the key back into its space.

“You haven’t seen my bowl, have you? The green one. I can’t find it anywhere.”

IT Guy replied that he hadn’t.

Executive Director seemed to consider that for a moment, then he wished IT Guy a good weekend. It was Wednesday. Then he farted. IT Guy waited out what seemed like a respectful delay then wished him a good weekend, too.

In the second week of the new diningware regime, items began to disappear. The blue spoon went first, then the red knife. When the yellow fork disappeared, Associate Director sent out an office-wide e-mail demanding its immediate return.

The next day, IT Guy got a notification that the office’s main printer was out of paper and running on fumes as far as its toner supply went. He replaced the paper, and out came page after page of figures. They looked like account numbers and balances. He was considering a stack of them when Accounting walked up and took the print job from his hands. The transfer happened so smoothly that IT Guy did not protest, even felt obliged to hand-deliver a second print job to Accounting’s office, apologizing for the gullies of washed-out gray on the last several pages.

The blue spoon went missing, followed by the yellow plate. A meeting was convened to discuss the status of sustainable diningware, but only three employees showed up. Compliance had left his door open, his computer on, but he was nowhere to be found. Accounting had resigned in the dark of night and left her entire suite of diningware — squeaky clean but otherwise inscrutable — on Associate Director’s chair.

Everyone was furloughed for two weeks. IT Guy took his laptop home with him so he could defrag its hard drive. As he drew the device from its velcro holder, a yellow fork fell out and clattered across the floor.

His daughter looked up from her phone. “What’s with the fork?” she asked.

He gazed at the utensil a moment, then answered, “I really wish I knew.”

Had Accounting or Compliance planted the fork in his bag to teach him a lesson? If so, what lesson? Was it because of that time he had to lecture Compliance about the danger of using “password” as a password? Or did Associate Director herself carry out the deed to frame him as a pretext for termination?

Or, in an even more unsettling possibility, had he pocketed the fork himself? If so, why?

The first day after the furlough, IT Guy arrived at the office ready to come clean, though he hadn’t figured out for what, exactly, only to find a sign on the front door, in Joy Sucking Sans Serif: “Office Closed Until Further Notice.”

Executive Director arrived, sporting an ankle monitor on the outside of his pants. He tried to open the door, tried again, then turned to IT Guy.

IT Guy bounced between temp jobs for a few months, during which time he began to feel a mysterious attachment to the fork. He couldn’t put a finger on why, but as soon as he landed a permanent job, he had it mounted in a display and kept it on his desk. He was asked about it from time to time.

“My first job was in a diningware factory,” he replied once. “I made that fork!”

“A prize from culinary school,” he said another time. “Before I discovered my passion for Windows XP!”

He was a year into the third job when an intern, dropping off lunch in Styrofoam takeout boxes, asked him, “What’s with the fork?”

IT Guy held the little artifact with a fondness that was not paternal, not professional, but something else entirely.