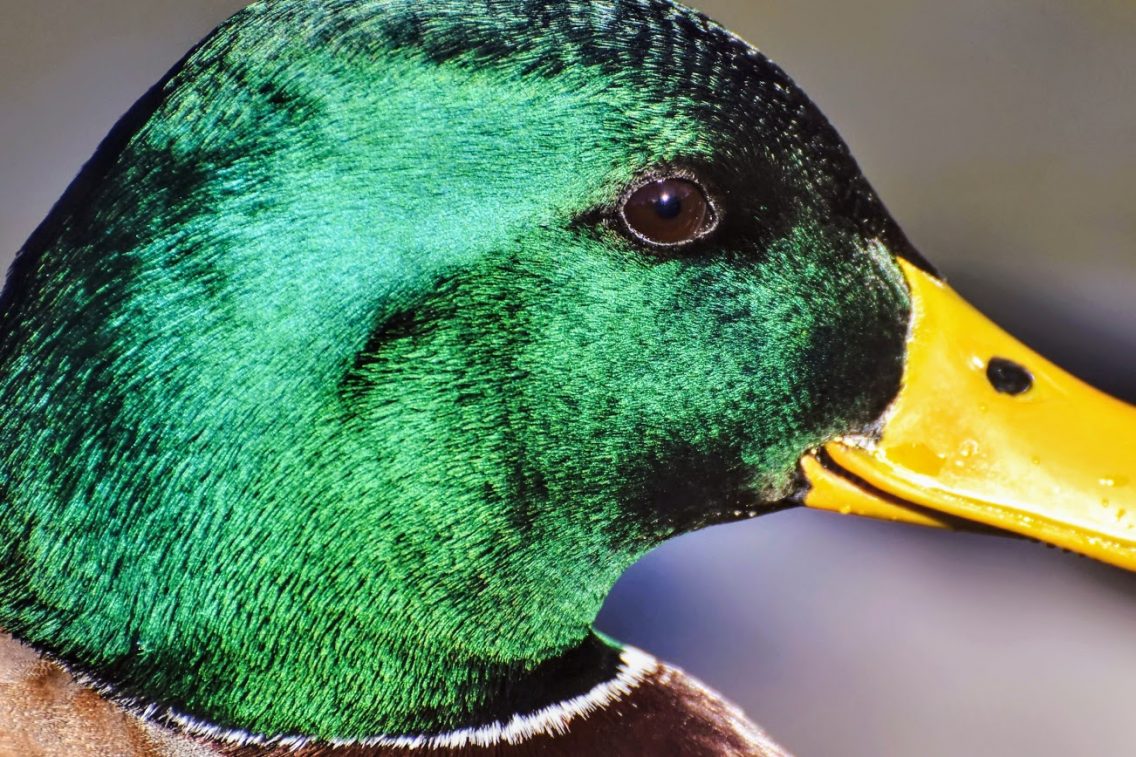 [ This image is in the public domain. ]
A. Claire Diehl·
Creative Challenge WinnersShort Fiction

I met the man for the first time when he came to work at our office. He wore trim, tidy suits and the only thing remarkable about him, besides that he once paired blue socks with tan wingtips, was that he held a duck in front of his face so you could never get a good look at him. The duck was a mallard, with the mallard’s distinctive glossy emerald head and eyes like lacquered marbles. You might expect the duck to be difficult, with flapping wings and peckish lurches toward crumbs of crust, but his was a very lovely duck.

Sometimes, if the man needed to take minutes on his computer during a meeting, he would stack a pile of books on the table and set the duck on top of them so his face remained obscured and his fingers were free to type—but at quiet moments his hands always wandered back to the duck. We all assumed the man who kept the duck in front of his face took a great deal of comfort in the duck being there, though I overheard someone from the accounting office, notorious for their lack of tact about this type of thing, exclaim on first meeting him, “My god, what a beautiful duck!” The man looked side to side, or at least he moved the duck side to side and said, “Where?”

This exchange led to a betting pool among us as to whether the man actually knew he held a duck in front of his face or not. I placed twenty dollars down on him knowing, and devised a simple plan to find out, because a man who cannot see himself as he really is deserves to be told the truth. So I walked up to him and said, “Friend, I’d like to look you in the eyes just once.” The man turned his duck to me, his voice low and muted by the feathers that muffled his mouth, and said, “Fine, but you’ll need to set your possum down first.” Since I was not holding a possum, I retreated, beaten in my own clever scheme.

I saw the man later, collecting twenty dollars from the same secretary with whom I had placed my original bet. I wonder, even now, what that was about.