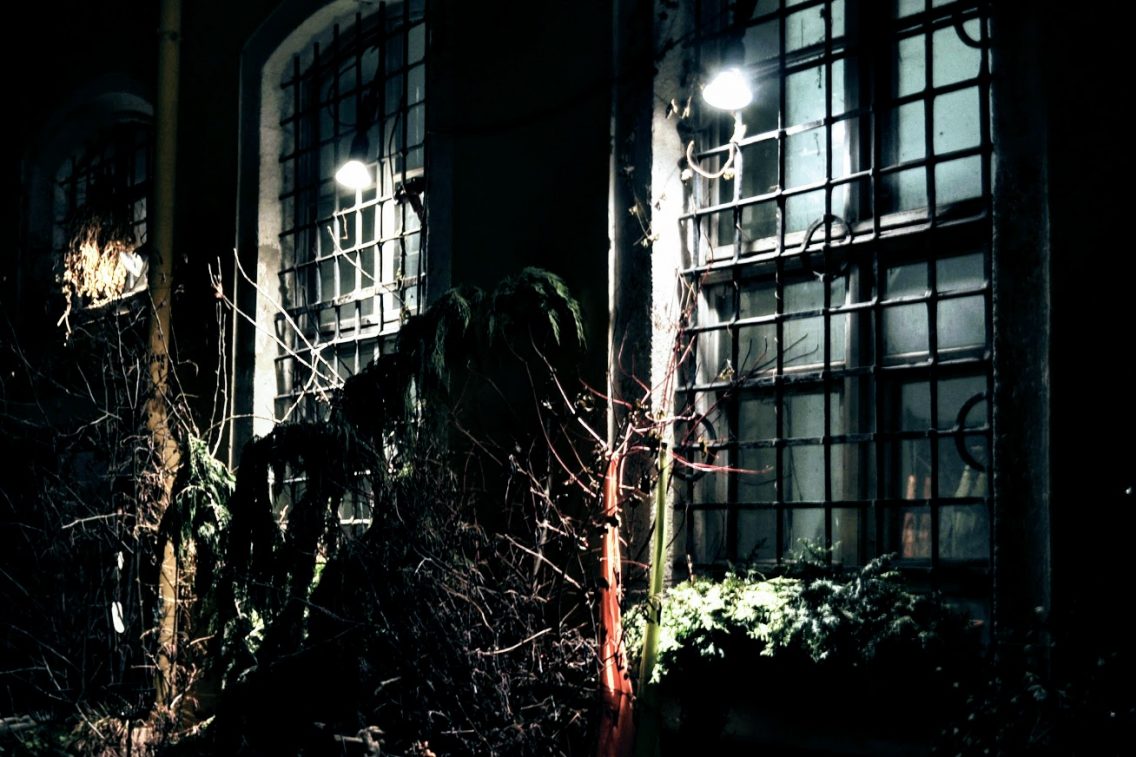 [ This photo is in the public domain. ]
Peter Lucas·
Short Fiction

Physically we’re together but mentally and emotionally we’re in different worlds. The two of us in pajamas on opposite ends of an overstuffed sofa. Me on my iPad, consumed by the 24-hour news cycle, and my wife engrossed in her latest binge on Netflix.

Tonight it’s a sitcom from the 90s complete with laugh track and earworm intro.

My wife’s expression in my peripheral is a grin that erupts periodically into all-out laughter and I think: there was a time we would have made love on a night like this, right here on the couch with the lights on, but that feels like another life, like two different people.

We’ve been married nearly a decade, have two adorable little girls we dote on, and sex these days is mostly functional and utilitarian: quietly twisting knobs and pressing buttons in the dark before assuming the position, quick and efficient, no wasted motion.

Not that it isn’t enjoyable, it is. Just different.

I look up to see the credits rolling between episodes and it’s late, so I close the protective case around my iPad and plug it into the charger.

The dog is at my feet before I can reach the top step, racing down ahead of me to the front door where his leash hangs from a coat hook.

Outside it’s cold and clear, a cluster of stars is visible through light pollution and I exhale a silvery plume into the night air.

The courtyard is surrounded by townhomes like ours. The floorplans vary but the exteriors are identical and the windows with open blinds are two-way mirrors to the life inside.

The woman next door is engaged in an animated conversation with her phone held out in front of her, while her husband taps at the keyboard of a laptop. The family across the way is scattered around their living room, each occupied by a different screen but tethered, I imagine, by the invisible web that tethers us all, transmitting our locations, exchanging our data, eavesdropping on our conversations.

It reminds me again of the ads in my web browser, the ones clearly linked to my wife’s search history. Lately they’re all I can think about. I first made the connection a year ago when an ad for women’s shoes began appearing alongside my articles and emails and a week later my wife asked, “Do you like my new shoes?” and there they were.

The ads are prophetic, I remember thinking, like tarot cards or tea leaves, but the truth, I’m guessing now, is more insidious.

I’ve never mentioned the ads to my wife. I even use them to my advantage, consulting them on birthdays and holidays to appear more in sync with her than I really am.

A steamy pile of dog shit awaits me on the grass so I pick it up with a plastic bag, tie it off and toss it in the bin on my way inside.

The bedroom is dark. I put out a hand to locate the edge of the mattress, follow it up toward the headboard and climb into bed. My wife breathes rhythmically beneath a mound of bedding beside me and I’m on my back staring at the ceiling.

A month ago the ads turned ominous: self-help stuff mostly, books and seminars that progressed into ads for counselors and therapists, specialists on marriage and relationships, and it felt like my wife was working things out in her mind, exploring her options, and I wanted to say something but I was afraid to force her hand, afraid my acknowledgment could make it a reality, so instead I’ve suffered in silence.

We had a rough patch before the girls were born. I was drinking again like I did when I was single and I worked through it eventually but lost my wife’s respect, I’m afraid, in the process, falling from the pedestal she had placed me on when we married.

There’s some codependency, sure, but isn’t that true of every relationship?

My wife is definitely a gardener.

When I open my eyes it’s morning so I roll out of bed and stagger into the bathroom. I shower and brush my teeth before my wife is awake and by the time she’s out of bed I’ve finished getting dressed. She goes by me without a word on her way into the bathroom and she’s still in the shower as I’m leaving for work.

I whisper, “Love you,” through fogged-over glass and my wife replies sleepily, “Love you too,” like she has a thousand times, more reflex at this point than conscious response.

At work I’m distracted, scrolling through cheap apartments between short spates of work-like activity, imagining a lonely life as a weekend father.

I’ve fantasized about other women, don’t get me wrong, dreamed of living in other places and having my freedom, but I’ve never really wanted it.

Last night there was an ad for a divorce lawyer, a local firm promising a fat settlement. It feels like my wife has given up on me now, decided I’m no longer worth the effort, or maybe she’s been planning this for years, biding her time until the girls were older.

After dinner we assume our positions, me with my iPad, my wife her remote, but tonight she doesn’t turn the TV on right away. Instead she stares at me from across the sofa, a look of sadness on her face. This is it, I’m thinking, I can see it in her eyes and I want to grab hold of her and embrace her, tell her how much I love her, how much I need her, but I’ve forgotten how.

“There’s something I need to tell you,” she says, with tears welling up in her eyes, and my chest tightens. I’m holding my breath when she says, “My sister is getting a divorce,” and I exhale.