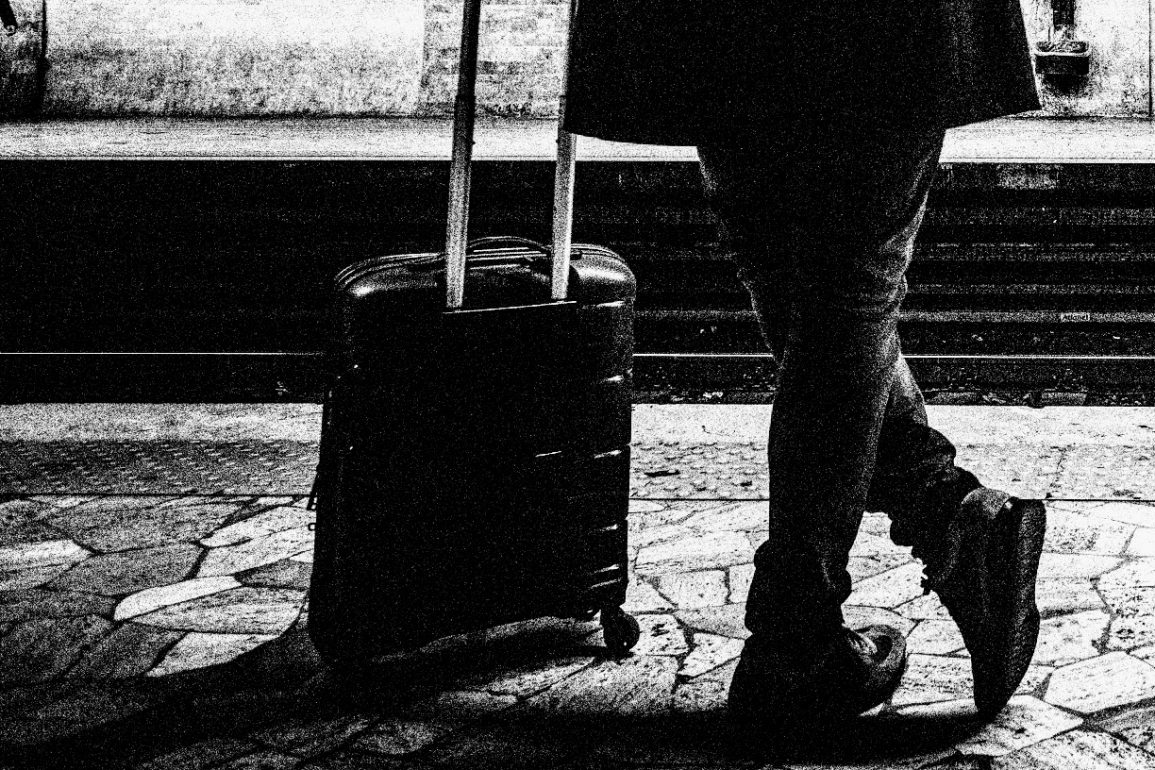 [ This image is in the public domain. ]
Gabriel McCreath·
Poetry

He Asked How to Get to Boston

His name was probably not Mark, but that’s what I call him,
because Mark-my-English-teacher would’ve loved this story.
He was probably around 30, but I thought he was 46,
because the foggy day made his face look longer and older.
He probably had a laptop in his suitcase, but I imagine it differently:
his most important belongings, all stuffed into one carry-on.
He was probably okay, really, but I like to think he wasn’t;
it makes the whole scenario so much more romantic.
He was probably just going to work, but I wondered nonetheless
if he was running from something—a wife, a job, a routine.
He probably wasn’t even crying, but I remember it that way—
maybe I was the one crying, or maybe it was both of us.