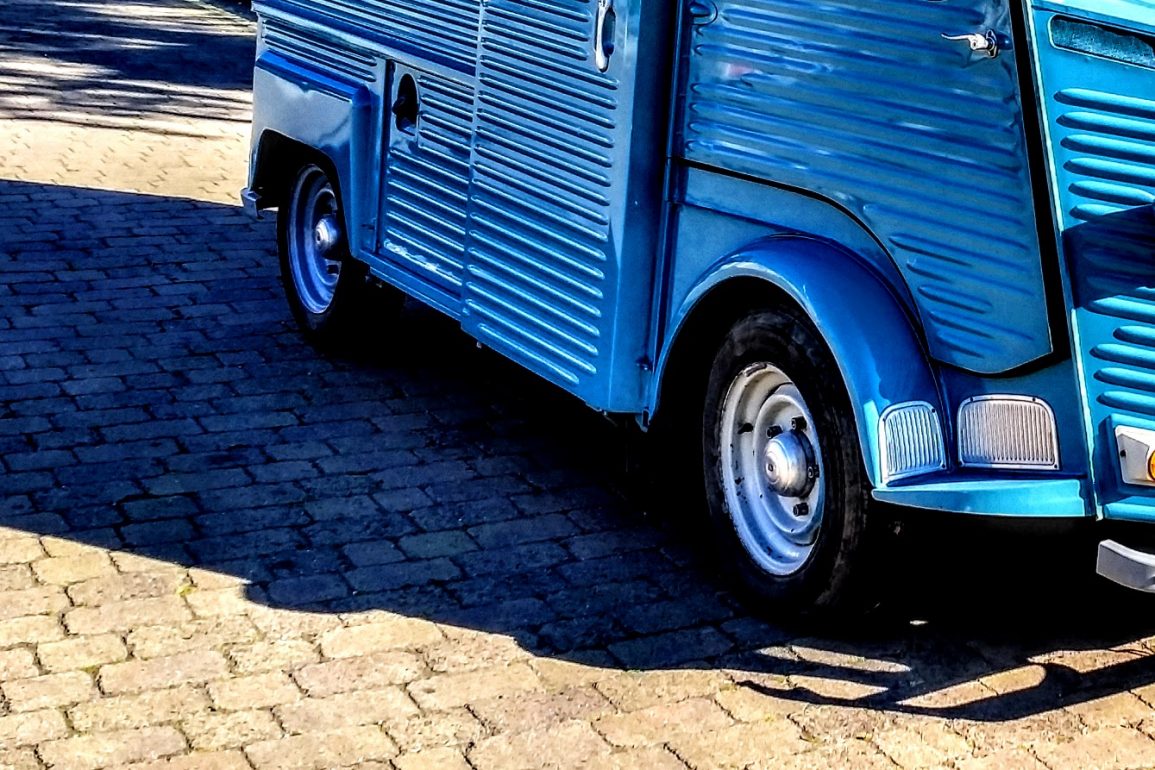 [ This image is in the public domain. ]
Tej Rae·
Short Fiction

Tell Aaron to wear a tie to my funeral.

Her grandmother’s last words, a vain attempt to ward off what was clearly going to happen anyway: that her first born would continue to be an embarrassment. The night nurse relayed the message when Charlotte phoned the next day.

“Your grandmother was a real lady,” she added in thin compensation. That was one way to describe a 90-year old woman who never let her granddaughter see her without make-up.

When Charlotte flew in for the funeral, she and her father met with the rabbi to figure out what to say during the eulogy. “I’ve known your grandmother for forty years. She came to services on High Holy Days. She was always very polite.” The rabbi sighed and shook his head in defeat. “Honestly, I’ve got nothing.”

Aaron did wear a tie, but there was no one to see it. Her grandmother needn’t have worried about social shaming as he forgot to invite any of his mother’s friends to watch her ashes get buried under a brass plaque. After remembering to order bagels and lox for the service at the temple, the rest of the details dissolved. Hovering over the brass plaque in the ground, there were three figures, Aaron’s brother, Charlotte, and the rabbi. Charlotte’s sister said she had to work.

At the service, where a handful of her grandmother’s Viennese friends dotted the pews, Charlotte’s father spoke about the single time he remembered his mother being happy and relaxed, on a hike somewhere in Switzerland. Charlotte, equally desperate for a positive story, spoke about how her grandmother had stopped calling her husband a schvartze after getting to know him. The arc of a life: she who survived the Holocaust became slightly less racist in the end.

Eight months later, Charlotte stood in front of an antique store on the Old Post Road, a ten-minute walk from her grandmother’s apartment in Larchmont. A light blue van idled across the street. The door to the shop was still locked, and as Charlotte waited for the owner to arrive, she tried to think of the word that describes the particular slant of mind for when you trust strangers more than your own family. The Jewish mother inverted; her grandmother radiated a continuous emission of disdain for her sons.

In the window, Charlotte spotted the tiny wooden pair on a shelf among discarded crystal glasses and avocado-green crockery: the boy and girl she had played with throughout her childhood. They had somehow survived the wholesaler, the dump, the lawyer’s lackeys, and were now being sold for a dollar each. Or were they doppelgangers, the discarded swag of some other Larchmont grandmother? Before everything fell apart with the lawyer, she meant to take them from the apartment. Charlotte didn’t want the gold jewelry or the furs; only the boy and the girl.

When she was eight, Charlotte spent the summer in Larchmont, where she and her sister enjoyed the upper middle-class life her own parents never got close to. Her grandmother took them into the city to see Phantom of the Opera, or the Mikado; Charlotte and her sister in matching polyester dresses from Lord & Taylor.

Her grandmother didn’t have any toys in the house, so the Viennese tchotchkes were pulled from the shelves and put into play. No bigger than a salt shaker, the girl had blonde braids tied with purple ribbons, a green felt hat, and a plaid dress with a flowered apron. The boy was also blonde, with a matching cap and red vest painted on. Aryan ideals from the country that expelled her in 1938. Charlotte and her sister hiked the figures through the Swiss Alps, or any landscape where grandmothers didn’t make you so nervous you stuttered.

On her way home from a Broadway matinee of Madame Butterfly, her grandmother bumped into an old family friend on Metro North. He wore a thick camel-colored coat that covered his zaftig hips. The lawyer had salt and pepper hair, the heft and decaying internal organs of a founding partner plus real estate mogul. And that coat! Such a garment. Charlotte’s father made things out of wood for a profession and his Members Only jacket, circa 1981, was saturated with sawdust. Her youngest was agoraphobic and obese and had no need for such a garment. That neither of her children had such a coat, or ran a law firm, she ascribed to some grand unfairness inflicted by the universe.

Without consulting any progeny, her cloudy-eyed grandmother signed over full control over the Westchester-sized nest egg her deceased husband amassed after escaping from Vienna himself:  a successful lighting business one chandelier at a time.

The boat her grandmother had taken in 1938 when she left Austria also carried Hitler’s sister, who dined at her table. About that period of her grandmother’s life, Charlotte only knew that she lived for a short time in the Lower East Side until she met Charlotte’s grandfather, another Viennese refugee. Like many Holocaust survivors, her grandmother didn’t talk about the past. Except her grandmother wasn’t a Holocaust survivor. Haughty and traumatized in equal parts, she came from a wealthy family who arranged for her boat passage before it was too late. Her grandmother disdained the poor and the brown and averted her gaze every time life gave her a chance to develop empathy.

As an adult, Charlotte spoke to her grandmother at least once a month, but the woman held conversations the way she signed her birthday cards. Wishing you all the best. Lots of love. Nor did her grandmother mention the man in the camel coat or the decisions she had made with him–or how they would impact Charlotte’s own children. Instead, she doled out the same aphorisms: Never get old. Life is for the young.  Though she was losing her sight and developing a stoop to rival Moses’ staff, she didn’t want to trouble Charlotte with her aches and pains.

Charlotte had not met the lawyer in the camel coat until two days after her grandmother died in her sun-filled apartment overlooking the park with the tennis courts. On that day, Charlotte sat across from the lawyer at her grandmother’s dining table, her elbows on the same table cloth she had eaten on throughout her childhood, ecru woven with burnt orange, where grandmother had served plum cake, chicken and carrots suspended in gelatin, and slices of cantaloupe with three balls sitting on top.

The mink coats, the gold earrings, and the Scandinavian furniture were all carefully stored in closets, stacked in original boxes. Charlotte suggested that some items could be given to the Salvadoran sisters who had cared for her grandmother. The lawyer could not be bothered by such things. One wholesaler would pick up the lot of it and that’s how it was going to work. She was welcome to ship it to Dubai, but Charlotte never had any inclination to live like her grandmother.

The lawyer stiffened when Charlotte asked about the unconventional terms he had included in the will, with clauses that protected him from any libel, and clauses that give him full discretion about disbursements, how to reinvest the principal.

“How dare you ask me about the terms of the Trust when I have come to sit shiva with you!” the lawyer berated.

“I am just trying to understand what happened. I didn’t know there was a Trust. My grandmother didn’t tell me anything.” Charlotte tried to explain.

By the time her grandmother had been in the ground for six months, it was clear that the only person who was being paid from the Trust was the lawyer himself. She googled around and found out that he was already on trial. A group of Laotian immigrants in Yonkers were still waiting for a court date with him after their illegal eviction.

“We’ll never win,” Charlotte’s father protested when she explained why she felt she had no choice but to take him to court. “There’s no point in fighting.”

“You’re going to let him take all of your family’s money?”

As if the lawyer was the real son.

The old man who runs the antique store arrived with a key, cloudy-eyed in a way that reminded her of her grandmother. As Charlotte picked up the wooden girl in one hand and the boy in the other, she tried to conjure the word, again, for her grandmother’s real legacy –– the feeling that anyone who shared your blood was not good enough. A self-hating…?

“How do you think I got to be who I am?!” The lawyer had screamed into the phone when Charlotte told him she was taking him to court. “If you take legal action against me, I will never speak to you again.”

“No problem,” Charlotte told him, without realizing the extent of his desperation, or how much he needed access to the family’s nest egg. How many other lawsuits were pending, his camel coat affording him only the thinnest of protections?

Before the rest of the phrase could be completed in her mind, she was on her back, blood pouring from a neat bullet hole in her blue sweater. On the Old Post Road, one of the lawyer’s minions made off in a blue van.