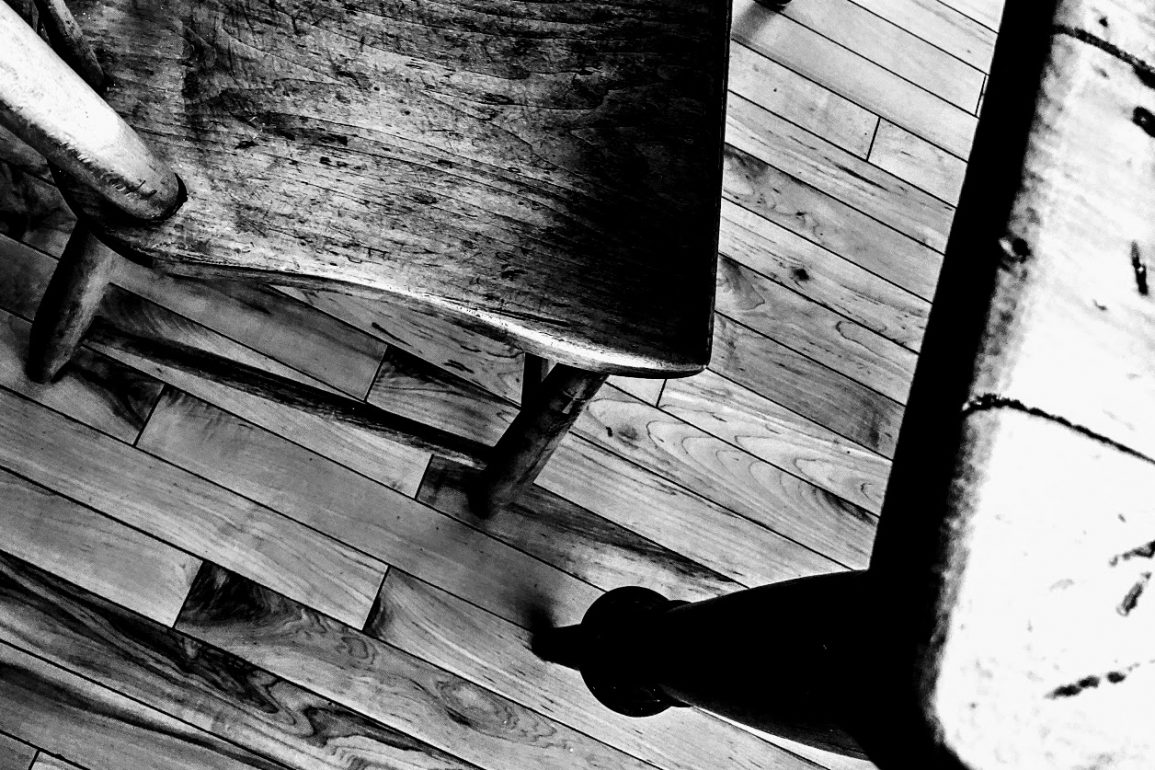 I was thinking these thoughts and dreaming those
dreams and self-soothing with morning menthols,

aimlessly afloat in the room’s fog left over from
last night’s fuck about the room, said a mouthy

pair of legs flicking her cig short of the trash. She,
divined by her mother’s ghost, would name each

star living the sun, then lay claim to how they’ve come
to light: all soul, no faith. A strong woman in song.

A cowboy’s deep-cut shirt beams a full-chest star,
a violent galaxy swarming underneath his winter coat.

One thing. One thing, he says. Then another. Like them
angels’ collared bells, chiming themselves stupid

with each long hair head-bang, at yet another 90’s night
in Brooklyn, trying to save up for a backup pair of wings

just in case they and a fresh face feel frisky later on and
lunge off the balcony ledge. Flight patterns and footsteps

all erratic. Heads lolling weightless in the sharpie scraped
bathroom, they spit out mouthfuls of family failure

until each other’s light shuttles into their noses, them
hands numbly slapping the concrete wall. Oh, how

the body dampens, crashes, then retracts. They speak
to me not with the conviction of fireflies, their souls

signaling to be seen; not with the soft curve of a pearl,
nor the signing of an epistolary friend. Nothing of this

world would justify an existence so atrociously beautiful,
hauntingly craved. And as they once both predicted,

I’ve now forgotten how their voices could swell like
a church choir’s singular tone rising to prayer like stalactites,

a monitored heart’s continuous falsetto, my own
achingly pumping to reach that familiar altitude, and yet

I’ve merely made true their prophecy of empty chairs at the table.