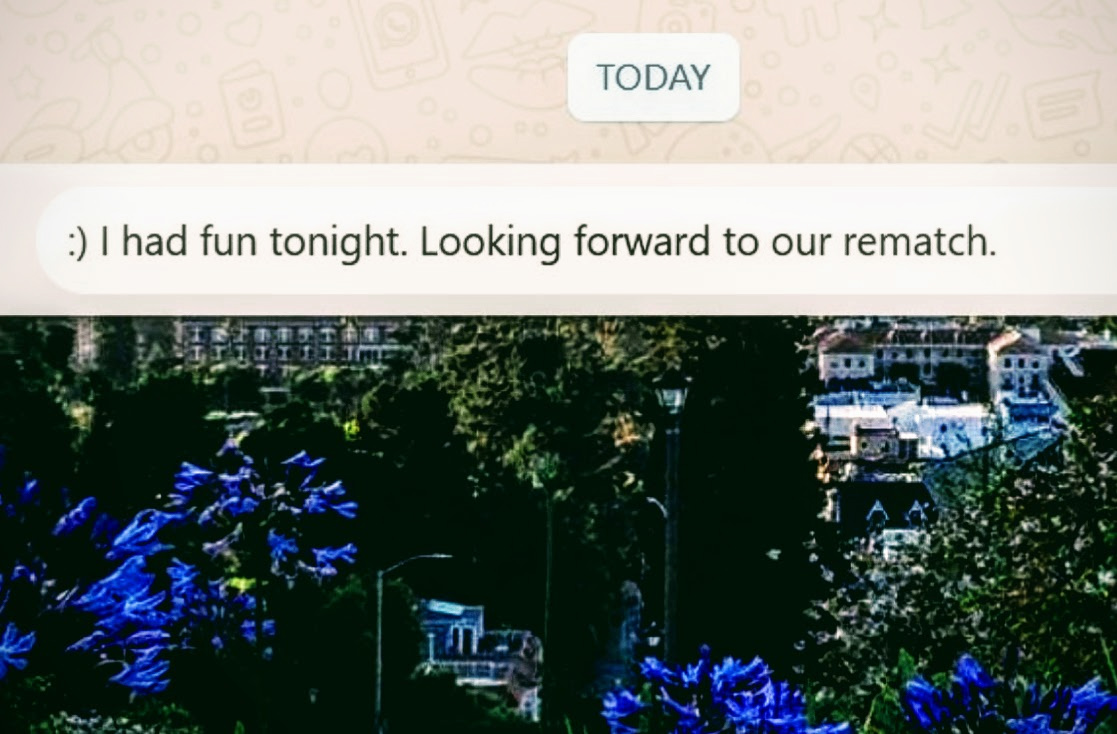 One Slice of Provolone

At 8:45pm on Wednesday, Walter Miller decided there was nothing sadder than a refrigerator full of Styrofoam. He would not, in fact, ever get around to that lo mein from dinner the previous Wednesday. He would also not feel any remorse about that as he squished down several boxes stacked high in the trash, emitting their signature squeak. The synthetic refuse was his alone, but he grimaced nevertheless as he leaned his weight into the overflowing garbage. Tonight, Walter Miller would cook.

The light below the microwave flicked on with a yawn. Walter couldn’t help but think of the way the dim under-lighting of the restaurant hardly reached their corner booth. The way it let them sink into its black plush together in total privacy.

Walter wanted to go home with her, obviously much more than he wanted to be alone emptying his fridge, but decided instead that he’d be a gentleman. That was not to say he had any exerted any autonomy in making that decision however. For the evening, and for next Thursday’s evening as well, his fate was hers to tease and toy and toss aside. She was an unstoppable force. And Walter, with the great inertia he possessed in doing anything, was clearly the immovable object. A match made in physicist heaven. Laura.

The pan winced on the stove.

Lauuuuura. With each long Lauuuuu the smile from earlier crept higher on his cheeks. And with each ra he tried, and failed, to trill his tongue like the one in Laura’s mouth did. A nearly immovable object.

Much like an introductory three-year-old, Walter could not suppress his onslaught of questions for her, and upon being told with a giggle that she had no favorite color, Walter decided his was the blue of her blouse. No, he thought, he’d call it azure or sapphire or…ultramarine. Blue was beneath her. Blue didn’t do it justice. And her favorite food? Hmm…it’d probably have to be like, a late night grilled cheese on the stove. Oh, but with the Gruyère from Trader Joe’s – and one slice of provolone. Walter’s one slice Kraft single sighed on the heat. One should be enough, right?

He glanced over at his cellphone with each flip of the sandwich. The screen was still black and reflective from where it sat, keeping Laura’s response secret in its smug silence.  He couldn’t believe he’d ever dreamt of eating lo mein tonight. Lo mein disgusted him. At the moment at least. Grilled cheese…what was the opposite of disgusted? Gusted? How could grilled cheese have ever done anything but gust him?

The screen flashed awake and with his hands buttery and speckled with crumbs, Walter snatched his phone like it was a hot potato she got for a side. Or a card racing by in the game of Spoons he couldn’t believe they played at a dinner table that fancy. I had fun tonight, she’d texted. Looking forward to our rematch.

She had fun tonight. Colon open parenthesis. His cheeks were sore with use. Walter Miller could not stand an emoticon typically, but found his lip resembling her very own parenthesis. It was unapologetic.

Walter had no idea what Gruyère tasted like, to be honest. There was simply no way he’d pronounce it right and no amount of confidence that would make him order it aloud. With a laugh and a shake of the head, Walter whispered to himself the way she’d said groo-yay and his knees buckled as they had only a few hours earlier. His legs were melting butter. His chest was butterflies. His bread was buttered. Lauuuura.

The apartment was murky from the cooktop and perilously close to setting off the detector. Walter thought of the grief his roommate would give if he woke up to an apartment that smoky. But Walter decided that tonight he wouldn’t mind opening a window or letting in the cold. After all it was the same cold they’d huddle close in, under the scaffolding on Fifth, after they’d drank their sixth, that she narrowed her eyes with a lips-pursed grin. There was nothing hesitated or unsure about the purpose with which she moved in close or wrapped her arms around his neck or popped her foot. There was something in that cold air and he wanted it in his central air. Maybe it was love.

He knew it was unbearably cheesy. But then and there at 10:32 on that Wednesday night, forty years and one week old, Walter Miller could use something a little cheesy. So he added a second slice of American after all.

After the stove-fried heat of the moment finished playing back in his head, only thirty seconds from a burnt sandwich, it occurred to Walter that in forty years, he had never once been kissed. Walter was always the kisser, never the kissee. And it was nice to be kissed.

Charred bread left ash in the corners of Walter’s lips. He dabbed at them with the hem of his shirt. As he wiped, he discovered a pocket of her smell that was stowed away in the pocket of his bottom lip. It smelled of excitement and comfort and their shared mint ice cream and god, was he glad he’d decided to move in close and that her fragrance decided to linger.

It was this scent Walter had in mind as he brushed his teeth before bed. He removed the rubbery orange residue from his teeth. He swished but didn’t gargle, not because he particularly enjoyed the taste of the cheese, but because he wouldn’t dare brush the night from the back of his tongue.

Even though Walter knew he’d need much more than this, he grabbed a scrap of paper from his nightstand and wrote the beginning of a grocery list: Gruyère from Trader Joe’s. One slice of provolone.