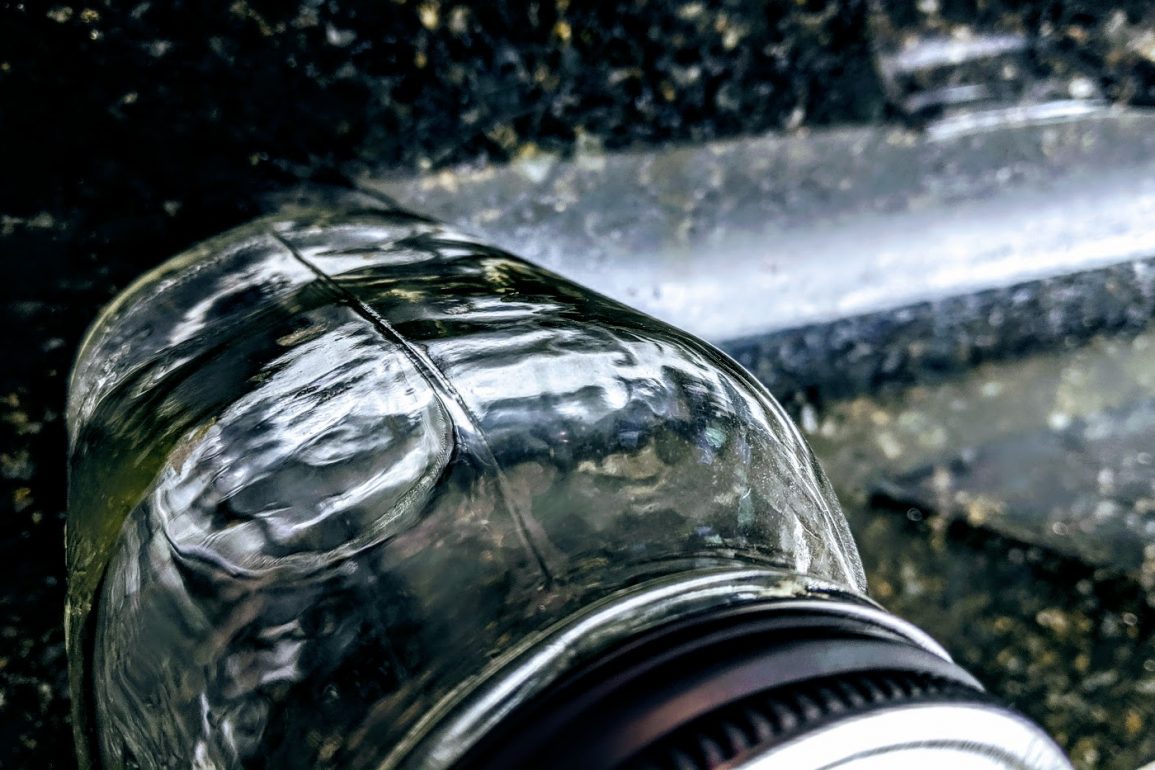 As Alms for Birds

They had allowed me some time to sit with my husband’s brain.

Only twenty minutes, that is all we ever get. It was resting there on the autopsy table to my right, looking so alone on that steel slab, like a lonely knot of udon noodles that had sopped up too much water.

Before that afternoon, I did not know how the shock of loss is like a clunky wooden wheel­ made up of slots of randomly arranged responses to grief––spinning, spinning, slowing. I could have just as likely gone into a stupor like going into very hot bathwater, or shot up and met the yellow eye of hysteria­, but I had gently descended into some milder delirium instead, imagining this edible resemblance of a bodily thing. I suppose the brain itself did not disturb me then because it was not just any brain. It had belonged to, or was part of, or was the person I loved. To my other side his body lay bare underneath a white sheet; only his wedding band remained.

I sat down with him in that nauseatingly sanitary room that had smelled of wet, grubby earth or what I imagined pickled oysters would smell like, and began to experience a ringing sensation. It’s strange that of all the things to have unsettled me, it was the sterility of the room that had really done it. It is dizzying for the room where your life stops to be bright and spotless and waxy––like being up in the ether, bobbing up and down as if a buoyant lure in that wispy expanse of radio waves.

The men in white aprons had left me alone to have my last few minutes with my husband, and before the door was shut, one of them said, “Pick wisely; you know you will not be able to pick again.”

Naturally, I had held my husband’s hand and wept over his body, wanting to adhere myself to it and go wherever it would go, whether in the ground with the bugs (something they once referred to as a burial) or on the ground as alms for birds, or to the retort and then made into a paperweight or a pendant, or shot into the stars. These are things I had wanted, as I heard they were what most people used to do with their loved ones back when death involved ritual, visitation, and remembrance.

So desperately I wanted to stay with my husband’s body, the body I used to hold, the body that used to hold me, but I was unable to ignore his brain. When I looked at it, I imagined all of him wound into that wet, spongy knot: every thought, every word, every oddity, every memory––everything that I loved about him. On which table was I supposed to lay my grief like stone?

I had only ten minutes remaining. Time would not pity me. It did not matter that I had wanted my husband’s children.

Could he ejaculate postmortem?

It did not matter that I had wanted to sit on a porch swing as an old woman with my husband, an old man at my side.

Could I have him stuffed like they stuff pet dogs?

I wrapped myself around his body and remembered it standing at the end of the aisle, lying next to me in our bed, unblocking the bathroom sink, eating bacon in the morning, returning home tired but still tender for me in the evening, picking his nose, laughing, shitting, breathing. I had remembered it all and smiled and wept on and went to open his eyes thinking that if I did just that, they would blink. “Oh, Adam,” I even said aloud. “Quit pretending now!”

Most people pick the body. They assume that what they love is what they have looked at, touched, all these years. Now I was looking at his brain that was small enough to be preserved in a jar, realizing that it had been the heavy sleeper, had been in awe of meat eating plants, had never been good at lying, had hated okra, had been willing to do the laundry but unwilling to do the dishes, had been short-tempered, had been a terrible speller, had loved me; had always loved me. I placed my hand on my husband’s brain, which felt like porridge. My other hand was still in his, the one that would not hold mine back.

What would happen next? I had wondered. I will go back to a house, not a home, and my neighbors will bring me beef stew and bread and blackberry pie as apology, which I will only throw out. I will place the jar on the mantelshelf or on my nightstand or tuck it thoroughly away in our––my––wardrobe, if that is what I pick. Some gilded senator somewhere will buy one of my husband’s lungs, or perhaps a portion of his liver, or his skin, his heart. The senator will probably live until he is one hundred and ten. Yes, they are living longer now. If I pick the body instead, I will wait for it to be turned into top dressing for the yard (which they tell us is similar to a burial), as is the law. And things will grow. And the people will eat. And his brain will go to the Neural Network.

It was then I heard the rubber soles squeaking in unison, drawing nearer to the door. The men in white aprons had returned wearing gloves, hairnets, and procedure masks. What had they thought of me in my despair? I wonder now. How joyless. How wretched. How piteous. One of them looked to me and appeared as I imagine someone with a hand glass or a boot would appear to an ant. He let out his air and said, “It’s time.”

When I stepped outside of the building, I stopped and allowed it to happen––the bursting disentanglement. I imagined these long lights of memory departing from me, separating like gossamer thread ends, spreading up, up, up. I watched how they waltzed with the wind and I yearned to spool them back in, every last one, before they got away from me, and put them back in order––to put my husband’s life back together.

His life, what has it been and how is it gone just like that?

There was nothing else to do but to begin walking. Over everything else––staying put and planting myself on the pathway, running without the intention to stop, dropping to the ground––stepping somehow seemed the simpler thing to do. As I went forward, I watched how a black bird sailed northerly overhead, and my sticky, long lights of memory adhered to the brilliant wings as they went.