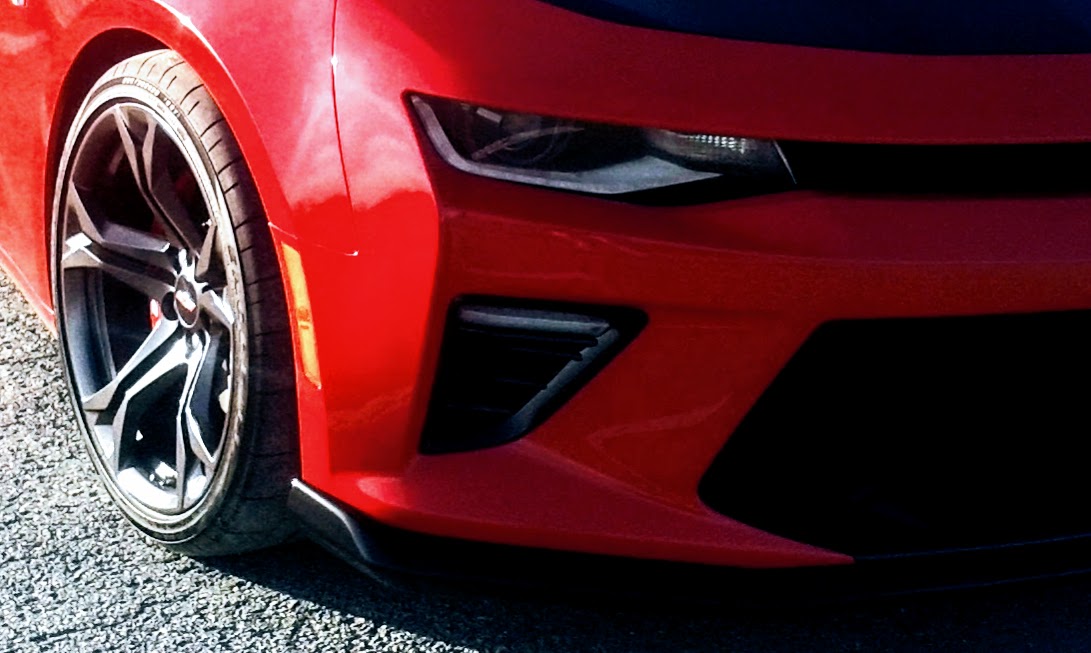 [ This photo is in the public domain. ]
Helen Beer·
Short Fiction

Tammy and the Wand

I’m never wearing mascara again. Now, truth be told, it’s not like giving up ice cream for Lent, or some such thing. After all, I’ve only worn the stuff once this year, when my girlfriends took me to that male strip place—Xanadu—for my thirtieth, and insisted I get all dolled up. God only knows why.

So, why this sudden pledge? Well, it’s all because of this little gal from South Carolina. Met her on I-485, just a smidge west of Johnston Road, where I always shut off the fresh air intake. I don’t care what they say about the odor control measures at the wastewater treatment plant; there oughta be a sign, for all the world to see: “Welcome to Charlotte — We’re Full of Shit.”

Now, where was I? Right. Driving along I-485, if you could call it that. Hell, it was worse than your typical Monday. You know it’s gonna be bad when traffic comes to a complete standstill ten miles east of the Rea Road interchange. Must’ve been school starting again, or something.

Anyway, there I was, creeping along in the right lane, music blaring, windows up, with the A/C cranked. And that’s where we met. Yep, me and a little gal driving a red Camaro.

When those two ramp lanes spill down from Johnston Road, carrying hordes of speeding, cranky commuters, it can get downright scary—scary for those of us already in the Outerbelt lanes, that is. We’re just sitting there, watching folks zip along until those lanes end, and they’re forced to merge.

Well, that’s where she was, that little gal. She’d zoomed right by me, and I’d caught up to her. She’d run out of lane, and she wanted over into my lane. Okay, so I’m a softie. If they make eye contact, I can’t say no. And she did. So, I flashed my quickie wave of the hand number, even though there wasn’t space in front of me for her to squeeze in; technically, it was a promissory wave. On went the turn signal, and she angled her front wheels a bit. She looked back every now and then, with a toothy smile, just in case I’d change my mind or something.

And I almost did. She’s the type who really annoys me—big teased hairdo, blonde to boot, too much makeup. But what really did it for me? She sat there, staring in her rearview mirror, putting on mascara. Why is it always blondes in red cars with South Carolina plates?

And that’s when it happened. Pretty much out of nowhere, this guy driving a big, black, shiny Escalade came tooling up behind our little gal, blaring his horn. Well, she couldn’t exactly go anywhere, now could she? And so, this guy bumps her, just like what’s-his-name, the NASCAR driver. And to top it all off, he threw that big old tank into reverse, cranked his wheel around, and shot past her on the shoulder. He was outta there, just like that, loose gravel flying in his wake.

I was sitting there, dumbfounded, when that Camaro crept over to the right, and onto the shoulder. I didn’t think he’d bumped her that hard, but on went the hazards. She was staring straight ahead, still as Stonewall Jackson. And that’s when I saw it:  that damn mascara wand was sticking out of her eye. I almost lost my breakfast. Okay, for a fleeting moment, I thought maybe that little gal got what she deserved—but only for a moment, I swear.

My Good Samaritan instincts kicked in, preempting a guilty conscience. I glanced around, flipped on my signal, and scooted over to the shoulder in front of the Camaro. I put my sensible Corolla in park, set the brake, turned off my music, and cut the engine. Then I grabbed my cell phone, purse, and keys, and quickly exited, keeping a vigilant eye out for wayward, oncoming traffic.

I jogged around behind my car, and over to the passenger side of the Camaro. The door was locked. Just then, a blazing yellow, F-350 rumbled up, and out jumped a mighty fine, chiseled hunk of a man.

Turns out Earl was a firefighter, saw what happened, and had already called 911. He motioned for me to stand back, ripped the t-shirt right off his well-muscled torso, wadded it around his fist, and broke that passenger side window. Now, if that wasn’t a sight to behold—better than anything at Xanadu, that’s for damn sure.

Earl handed me this big old fishing tackle box—painted bright pink—and asked me to set it down somewhere. Damn, that thing was heavy. It’d been sitting on the passenger seat, within that gal’s reach. Since Earl was large and in charge—literally—and I had nothing better to do, curiosity got the better of me; I peeked inside that thing. And you know something? It was filled with makeup. Rows and rows of makeup.

And then she spoke. Told us her name was Tammy and her husband was gonna kill her. He’d always told her not to put makeup on while driving—even joked she’d poke an eye out one day.

Almost as soon as she’d started anxiously chitty-chatting, though, she passed out cold.

Minutes later, a no-nonsense highway patrolman pulled up, and we gave our statements; hell, Earl even had that Escalade’s plate number memorized. Then the medics came along, took over from Earl, and hauled poor Tammy away. Shirtless Earl and Humorless Patrolman left soon after. And there I stood, grinning like an idiot on the side of the road, purse slung over my shoulder, tackle box at my feet, seriously late for work; but I had Earl’s number saved in my cell phone.

Tammy lost the eye. But, lord-a-mercy, when I brought that tackle box to the hospital, her one good eye sure did light up.