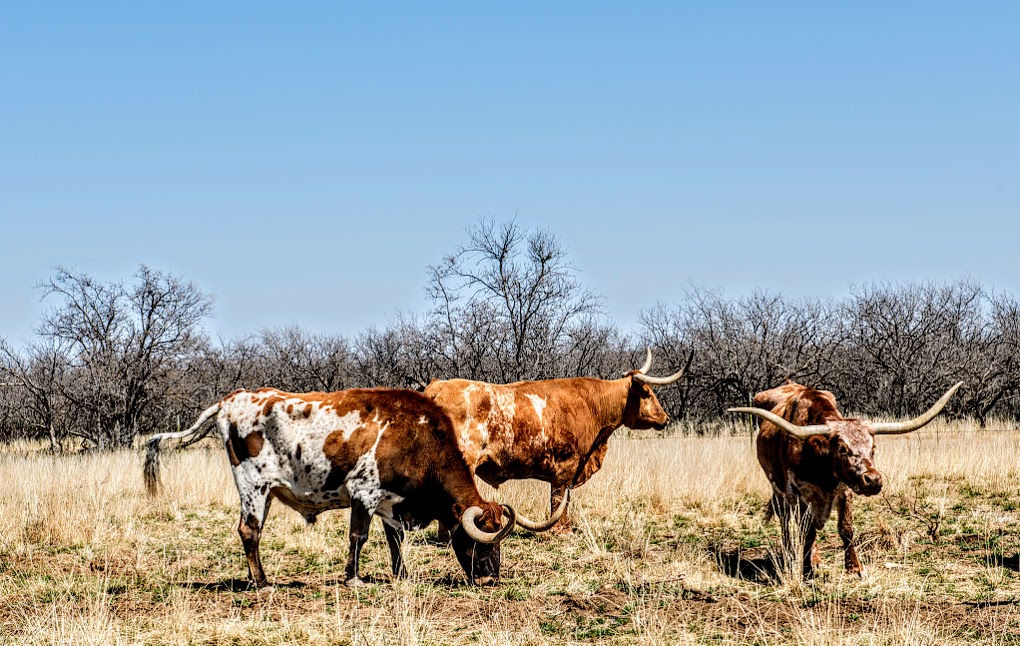 [ This photo is in the public domain. ]
Adam Ritchey·
Creative Challenge WinnersShort Fiction

She carried an umbrella on cloudless days, like an invitation. Especially in those leaner years when drought stunted the growth of the sparse vegetation and the desert baked the moisture right out of your skin. She would hire a man from nearby San Angelo to come out with his Army surplus flamethrower. This man, who never served a day in his life on account of his lazy eye, spent the week walking the ranch, firing up his flamethrower, sweeping the landscape with its incendiary fuel, torching spines off the pervasive cacti. Over the roar of the flames and the thick scent of gasoline, our grandmother explained that cattle are not terribly bright. Once they are nearing starvation, she said, they will begin to panic. In such a state, cattle will eat anything, including cactus, thorns be damned. A mouthful of thorns, our grandmother informed us, was a right nasty business that would seal the deal. If the grass wouldn’t grow, the thorns had to go. She paid the man from San Angelo in beer and some under the table cash.

There was little else anyone could do for the thinning herds, though the ranch hands tried. They went out every evening, half-drunk after supper with their rifles and six-packs. They drove the gravel roads out past the pumpjacks, slowing down only long enough to pick off jackrabbits, still as a statues beside the road. Compete with the cattle, the jackrabbits did, for what little grass did grow. Every night they shot them by the dozens, a meaningless dent in a population numbering in the millions. They had on many occasions offered their rifles to me. Take a shot, young man. Can’t hardly miss out there. No, don’t point at the propane tank. There was a thriving vulture population in the area.

Every night before bed we were required to strip the sheets off our bed and then remake it. This, our grandmother informed us on our very first visit, was to be done every single night for the duration of our stay. Scorpions, she said, routinely found their way into the house and, for some strange biological reason she could not fully articulate to me, they often hid in the dimly lit spaces between the sheets.

“So, we’re checking the bed…” my sister began.

“… for scorpions?” I finished, incredulously.

“Spiders, too.” My grandmother smiled as she patted the floral duvet.

For the most part, the cattle survived the furnace of the west Texas summer. The rattlesnakes didn’t emerge until dusk and the ranch hands shot at them, too. At night you would swear there were more stars in Barnhart than anywhere else in the universe.

When it finally did rain, we watched it from top of the old, listing water tower. A clearly defined veil of grey moving left to right along the horizon several miles to the north. Umbrella at hand, she drove us out for a closer look. “Your grandfather lived and died out here,” she called out over the sound of churning gravel.

Out here, among the greasy pumpjacks and stunted mesquite trees, the rain painted a line across the land, straight as a yardstick, damp on one side, dry as chalk on the other, as far as we could see in either direction. Fire ants were dismantling a large scorpion beside the road and herds of emaciated cattle, perhaps made curious by the sound of our presence or perhaps simply smelling the earthy scent of rain, trundled towards us from every direction.

EDITOR’S NOTE: This story was selected from entries submitted to our Creative Challenge 70, which required that the first sentence must be used as given.