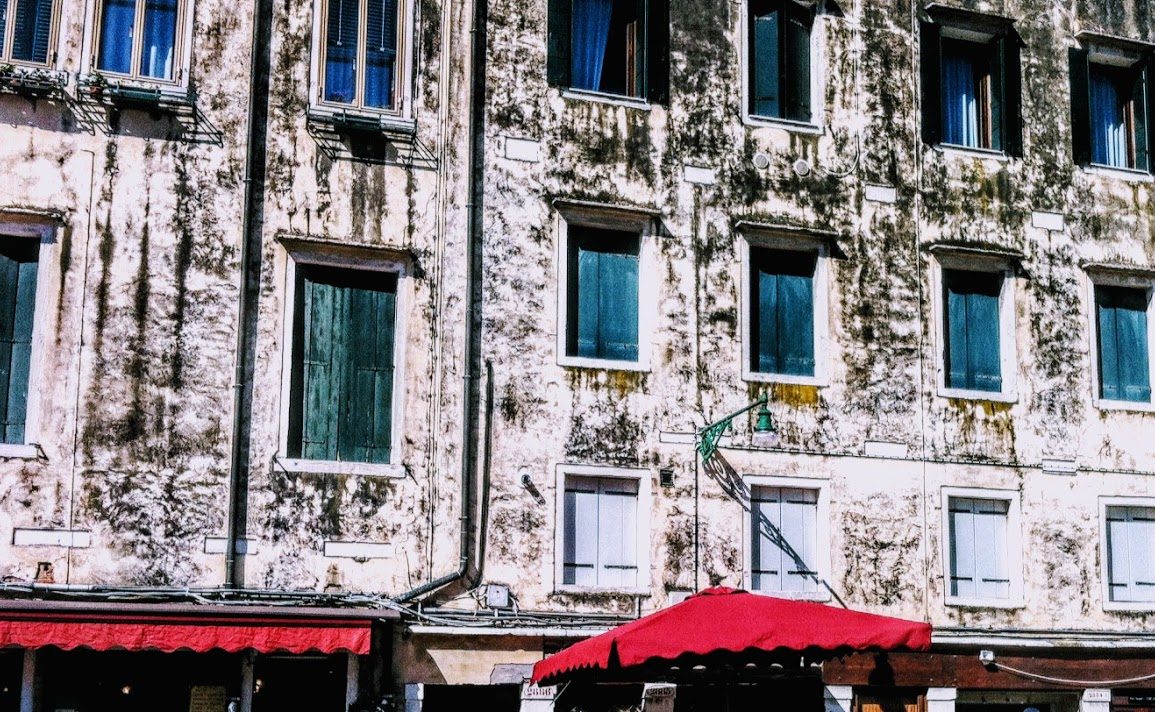 There was a trumpet
player outside the hotel window playing
“The Lambada.” Two boys pushed a wheel-
chair behind him loaded with tools:
hammer, wrenches, step-ladder.
The last time I heard that song
maybe fifteen years ago outside
a bar, Boca Chica, another world.

Now outside this trattoria
with a plate of orecchiette—“little ears”
and the house white, a color of January sun.
It is December here near the see-through sea.
Gallipoli. Puglia. Where names send me.

The Greek fountain in this piazza
so eroded no faces nor defined
limbs can be seen—only gestures:
one figure plucking something
above him; another leans slightly
left as if to dodge a small rock,
a bad word. These reclining ladies
seem more at the beach than in bed.
White conical adornments make
a cut-out of the sky that poses
like an ad for pleasure or something
ancient, a nicer name for old. I marvel
that the past had no word for blue.

In my mind, alone and not alone,
the worries and wishes and
angers and words of others
comment on this moment.
The trumpet player is off playing
a song where someone is turning
on a dance floor, where the frill
of a skirt makes the difference,
a song in which I have spent a
secretive hour as if slipping
outside this world unnoticed.
His sons are skipping rocks into
this bay or unfolding the ladder or
practicing at wrench and hammer.

Gulls fly across this plastic
tablecloth, a small roar of Vespas,
real gulls above the castle and flag,
giant bowls of vongole rosso
and cozze for sale in the market,
a bridge named John Paul II,
each time someone passes:
buon giorno—good day, good journey.

Small monuments of a small moment
when I did not want to change my life.