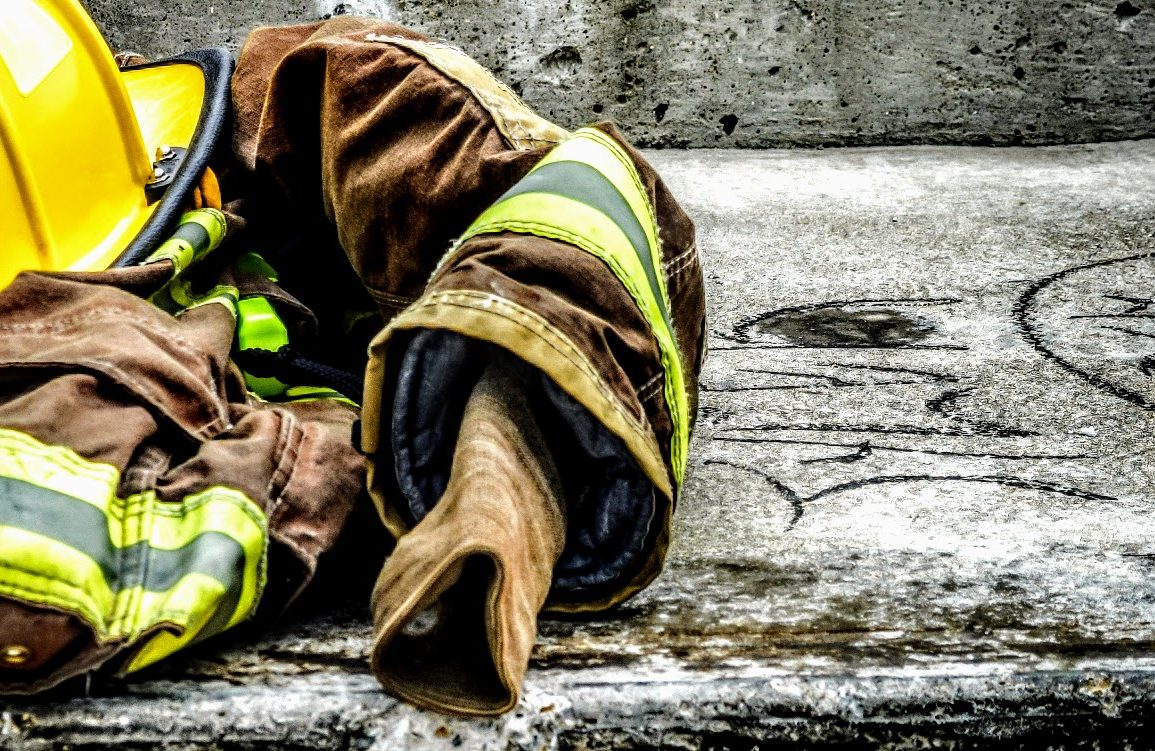 [ This photo is in the public domain. ]
Sylvia Foley·
Poetry

He is seventy now, his bones made of kinked rubber hose and crowbar, his skin a plaster of pages torn from defunct calendars. To hear him tell it, in his prime he was hot-blooded, but now he’s calm. He lives in a fourth-floor walk-up with a couch for a girlfriend and cairns of books about underwater volcanoes and the Troubles, and of course the Big Book. He gets a lot of his thoughts out of that book. He says he has an inner voice of destruction. He says we all do. In the ’70s he used to run into burning buildings in East New York, and when he came out he’d smoke a cigarette for his nerves. We never wore masks, we didn’t know any better! Now his face is a marred chalkboard, the arsonists’ marks faintly legible. His legs ache; once a toenail went black and died its little death. Not melanoma, but it could have been—shaking his head, loosening the ropes of his thoughts. He repeats, he forgets what he’s told me or maybe he’s remembering the fearsome hush before a blowback. Every Monday he gets a massage in Chinatown. I don’t think it’s the kind with a happy ending. He tells me his name, something blunt and proud, and I could say that I love him.