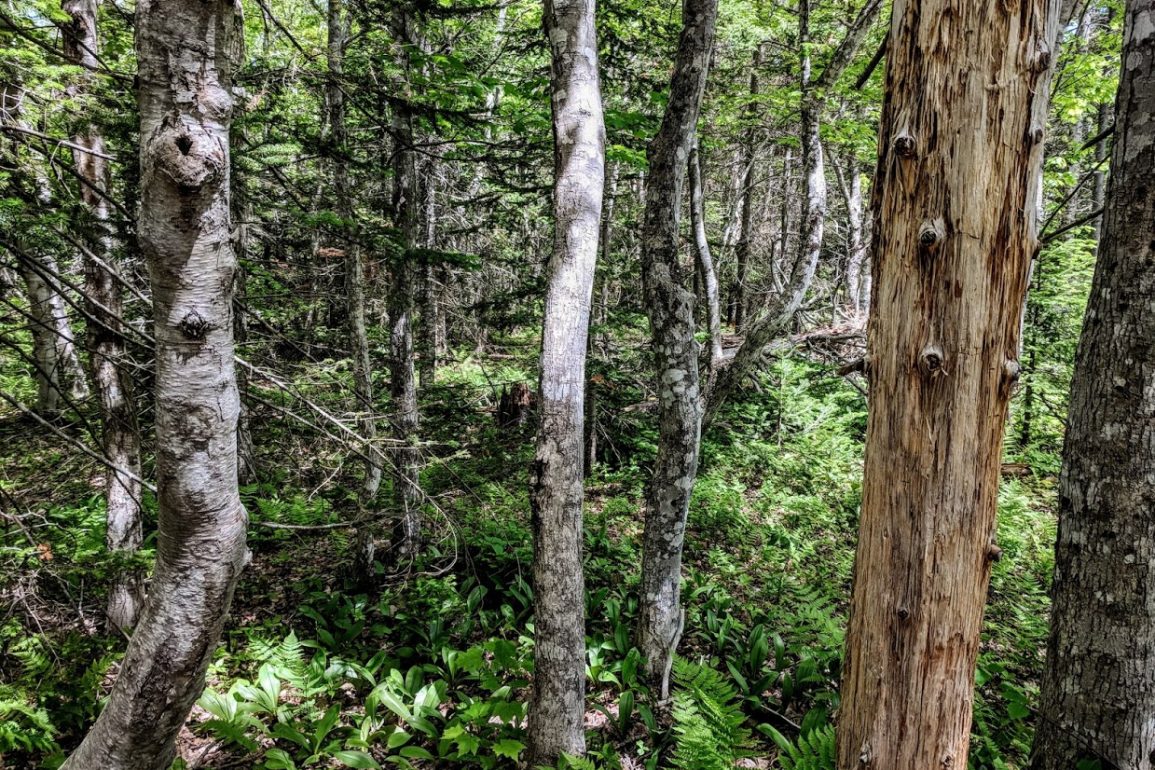 He was a scrawny thing, arms like chicken bones, skin and tendon stretched taut. He wore his brothers’ hand-me-downs, jeans rolled at the cuff held up by a thick black belt that had been his father’s, holes bored with a pocketknife to tighten the leather. Shirt gapped at the neck exposing collar bones. Face stamped, like his siblings, with the signature of their parents’ wide cheeks, high foreheads, grey eyes that squinted when they laughed. The boys handsome enough with thick shocks of dark brown hair; the girls, however, suffered under the weight of thick brows, square jaws, rendering them homely.

As the youngest he slipped in and out of spaces and responsibilities. Seen but unnoticed he spent his hours constructing swords and guns from sticks, sliding between his siblings and their tasks – hanging of laundry, livestock feeding, fence mending, and for him alone, listening to birds.

He called and responded to bird chatter, vocalizing as one of them, their music issuing from his throat until he spoke the language of avifauna more fluently than that of his family. Sat with ravens, rolling the rough clatter of chastisement back and forth from field to fence as the purple black birds echoed him. Whistled the bioelectronic syllables of the meadowlark, reminding him of his favorite movie. With them all, the Chukar, Harrier, Sapsucker, and Merganser, the Bufflehead, Grosbeak, Goshawk, and Mourning Dove he cooed and cuffed, trilled and warbled.

But owls were his favorite.

The Pygmy’s squeak, like a terrier’s toy, the stuttering hyaena-like laugh of the Boreal, the long slow whooo of the Great Gray, like a worn married couple climaxing on a summer night, slow and steady, rising and accelerating. He knew them all. The Barred Owl, the monkey in the pines, was his secret call. When used, the cacophony of who-ed howl and shriek, brought his brothers running.

Because of this he earned the name Hoot.

Because of this he was allowed to follow them, on the periphery, but part of their crew.

Hoot was sweating in a crabapple tree, August twilight falling, the smell of heat and river winding through creaking branches. He watched. Eyes focused on the edge of the farmyard below, blue flicker of Nightly News through the house window, the road clear but for the rush hour of white-tailed deer, traipsing from forest to river’s edge. He practiced the call under his breath, the Great Horned Owl, the one his brothers said sounded most like an owl. The lookout call in case something changed. Four forms slipped out of the small lean-to on the side of the barn one after the other, foxes in the night, slipping over the rail fence and across the road towards the river.

When he caught up to them the chickens were already dead. Two boys plucked as they walked, scattering handfuls of feathers along the deer path as they ducked under and around the coarse bark of larch and huckleberry. The other two stomped and snapped underbrush and fallen limbs, stuffed shirt pockets with dried pine needles, smeared sticks with pitch. Hoot followed their shadows to the water’s edge. Stood at the rise. Listened to the clatter of rock, green and red siltite and argillite, grey-purple quartzite, as the boys slid, one by one, down to the river. The splash of entrails, the echo of fish slapping on the water followed. He squatted, leaned against a tree, layers of yellow pitch oozing above his head scenting everything with pine.

He replied with the Great Horned call.

His brothers were quick about their work. Two dug a depression in rock and gravel, lining the bottom with sandstone, crisscrossing twigs, stuffing dried needles between layers. They took cigarette lighters from their pockets, one shook out Lucky Strikes from a cellophane-wrapped pack, all four smoking, one lit the pile. It took minutes before they added more fuel, and more. Two fires blazed, on land and water, the flame reflected warping and turning in the current of the Clark Fork.

They took potatoes from their pockets, found in barn bins next to the chicken coop; two stooped over nearly naked chickens soaking in the glacial water, washed fine film from the potatoes as well, turning them in their hands like wringing the necks of fowl.

Everything went into the fire. Birds stuffed with wet river rock stood at the edges, the boys turning the carcasses when the skin charred, potatoes thrown into the depths, lost in flame, cigarette butts smoldered.

They lay back, smoking. Pointed out emerging stars with nicotine-stained fingers, mistaking the flicker of the White Pine Fire Lookout Tower as the first star, watched bats swoop and snare water bugs skimming the water’s surface, followed rippling rings of splashing fish to shore, pulled from the same bottle of Crown Royal one had found tucked in a feed bin. They did not invite Hoot to the fire. He did not slide down the rock to them. Instead he watched. Listened to the birds of the day quiet and those of the night emerge.

Hoot watched the lick of flame extend across the water, fir and pine casting orange shadows on one another. Watched cinder float above the river’s current, eddying, diving and rising again folding into darkness. He watched as a moth dipped, fluttered, a pop of green pine, sap sizzling like water on a hot griddle, spattered the moth, igniting the delicate body into a pyre of flickering light.

After his brothers left, stumbling along the shoreline, Hoot slid down to the firepit. Soaked with river water. Not a trace of warmth. He dug under gravel and sand that had been piled onto the coals. Found a withered potato. And another. Fingered the sharp ends of chicken wings. He peeled back layers of char exposing white flesh, the pureness of each melting in his mouth, quelling his rumbling stomach.

Their voices chorused off the water giving orders, “Hoot, hoot!” Laughter reaching him in waves.

Cupping his hands, he called the distinct Great Horned staccato rhythm, four then three. Sound carried across the surface.

He followed the river’s edge to the railroad trestle, saw the glow of cigarettes at the top of the steep incline, heard his brother, “Damn, burnt a hole in my pocket again,” as he reflexively flicked the butt away. Hoot watched it, a glowing red insect bouncing through the underbrush.

They waited for Hoot, smoking the last of their stash. His oldest brother looked him in the eye as he crested the rise, winking, “Keep up little brother.” Hoot watched him push his way through the other boys, jumped, slapping the No Jumping No Swimming sign with ease. The young man grabbed the thick rope nestled in a trestle stanchion, leaned with all his weight against the braided fiber, head back, “This is how it’s done boys!” leaping off the edge, swinging out over the river, under the train bridge and into the underbrush on the other side. It took moments. His brothers followed suit. Each whooping in drunken victory, sliding and falling into the slope on the other side of the water, engulfed by the thick arms of Buckbrush, Osier, and Salix.

The boys scrabbled up the slope, faint laughing ghosts outlined against Lodgepole Pine across the divide, heading home. Hoot looked across the trestle tracks, water shimmered between the ties, rails gleamed in the dull light of stars. His brothers waved, swaying against one another, turned, and walked into the night.

He waited until they were in the trees before shuffling onto the tracks. Hoot stutter-stepped, five ties, then six. On the seventh railroad tie he fell, face against creosote-soaked wood, staring at the rush of water forty feet below. He crawled backward on his belly, gasping for breath, belt catching on each tie, holding him in place until he wiggled free. His father’s oversized buckle gapped, loosening.

He sat between the rails, sharp gravel cutting into his backside. Stared at the trestle’s expanse, then at the rope caught in the metal bracing, the boulder tied to the bottom twisting slightly still from his brother swinging the rope back to the top of the bridge.  Unable to move he leaned into his knees, his eight-year-old body shaking.

He smelled the smoke before he saw it.

Heart-racing he searched for flame, for the source. And remembered the glowing red butt.

Hoot heard the owl across the gap but couldn’t see it. Called back to it. Back and forth they spoke until his heartbeat slowed. He grabbed the rope, called to the Great Horned Owl once more and standing on the granite he swung himself out over the channel, evening light filtered through the ties overhead, flickering dim and dark, dim and dark. He soared across the expanse, eyes wide, head turned sideways. The water came faster than he expected. The embankment faster still. His trajectory short, he let go of the rope hoping for the shoreline.

His belt buckle caught the rope.

Hoot smelled the soft, slimy underbellies of trout and small-mouthed bass. Teeth wiggled under his tongue. His right wrist throbbed. The stars seemed close enough to touch, spinning red above his head as he slid across the rock shelf, body still submerged. He hooted, the call of the Barred Owl, the frenetic monkey, the siren. The Great Horned in the pines above answered. Hoot pulled himself onto shore. Face sticky with vomit. And then called again. Dragging himself up the embankment one-armed, legs uncooperative, huddled under branches high on the sidehill; he rolled towards the sky, a glittering ember Milky Way above, and called again. And again.

The Great Horned Owl answered. Until the only sound left was the crackle and howl of flame.