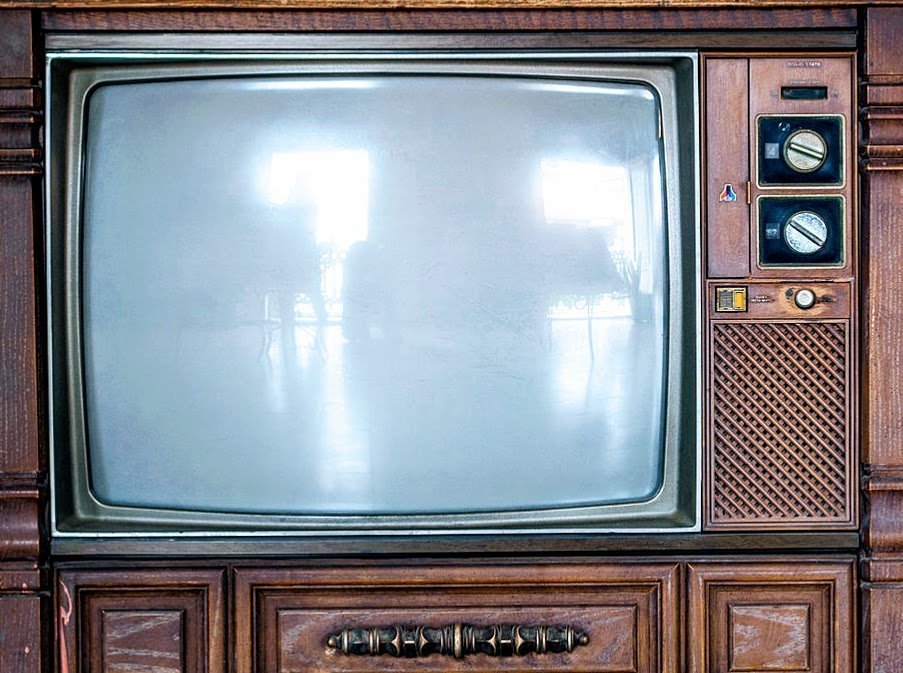 This photograph is in the public domain.
Susi Lopera·
Poetry

Her television spills its milky
light onto chocolate covered graham crackers.
They’re her granddaughter’s
favorite, the crackers, but her granddaughter
studies art history in Paris. Her daughter
teaches English in Egypt. She’s set

the graham crackers on the blue owl-glazed
china plate for her Thursday night date
with Rory and Lorelai—the Gilmore Girls.

Sixty years earlier, she looked out of a rowboat
into the turquoise waters of Bear Lake in Idaho. Fish
swirled around giant cages in the water. Her fish-
farmer Uncle caught a trout to show her,
but dropped it outside the cage. A silver flash,
then nothing. Uncle Rob said,

“Trout’ll be back. Soon it’ll slam
itself against the cage, trying
to get back to its family.” Now,

she is again in her living room, the land of sagging
couches, with the Gilmore Girls. The smell
of sandalwood streams from wax that burns in snail
shell candles her daughter made and scattered
across the coffee table. The flames

pupils. She sees a ripple
of static sway across the TV—
Rory and Lorelai’s faces sink
into the middle of the screen. She rises,
smacks the screen—nothing between her hand
and their faces but the glass of the TV.