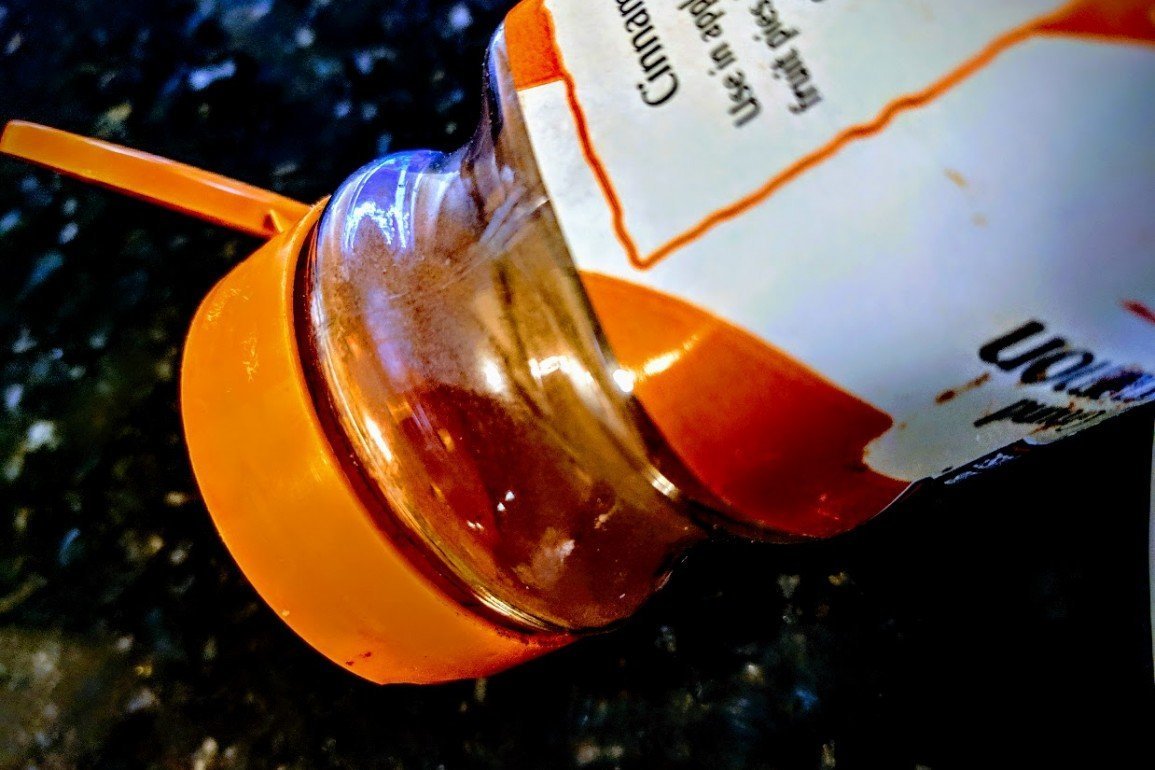 You call to me in malls, those Cinnabon kiosks
that exhale the sienna spice essence of you
baked and glazed with azúcar.
I shake you on my Starbucks latte, watch
you fall on the foam like ginger snow.

Who knew you came from Ceylon,
or that you were used in the embalm-
ing of Egyptian mummies, or
that in the Old Testament, you
were in an anointing oil, or that Nero
burned your sticks on the pyre of his second wife,
the one he murdered?

O, Cinnamon, you sound like sin, like mammon,
but in my mother’s yellow kitchen,
beneath the pendulum tail and sliding eyes
of the Felix the Cat clock, I called you
“minocin” as I sprinkled you on buttered toast
and leaned in, sniffing you right up my sneezy nose,
my elbows on the robin’s-egg-blue table
where they never were supposed to be.
O, Cinnamon.