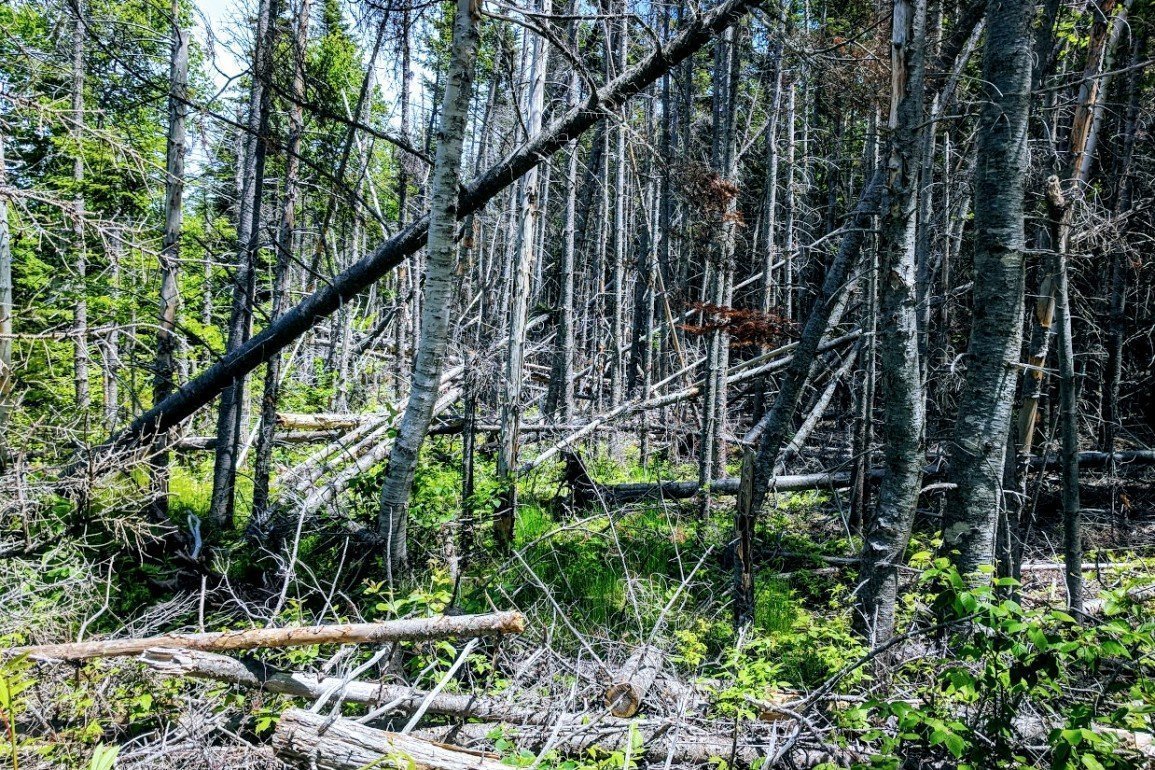 The sap runs slick and red;
it wets their axeheads, cutting
the air with notes of salted copper.
The lumberjacks are brothers,
as is required. One is named Jack,
as is coincidence.

Scab-crack petals
open to the night—full moon
lights a full bloom. Clouds of black-chalk
pollen make Jack sneeze,
and whisper to his brother
the story of the seed.

Sinking deeper, their axes meet
a new wood: hard and pale,
it cracks and chips but will not cut.
The brothers deploy their shared
inheritance, and tear the trunk
with a twin-handled bone saw.

Serrated teeth
chew the spinal center, so soft
and loamy the brothers suspect
a deep rot, forgetting
marrow’s close-kept secret,
that blood and bone are one and the same.

The stump is an open diary, dearth
and plenty inked in bone resin
ripples. Where Jack sees history,
his brother reads prophecy. Either way,
the work remains; the two loose their axes
upon the copse’s corpse.

Some seeds wake
at the pain of a forest flame.
Others wait longer, keeping time
with a two-beat tempo. As night sweat mingles
with sap that’s yet to clot, the seed Jack carries
prepares to be planted.

Locked inside his sternum, something murmurs
“sit.” His heartbeat hums
the harvest rites, ritual instructions
that one brother feels
and the other understands—
the seedling and the surgeon.

A pair of cradles, rocking side-by-side in a bonfire glow.
A pair of beds, pushed close enough to trade midnight secrets.
A pair of desks, chests, walking sticks,
brothers.

Staring at the moon, Jack asks his brother
if he remembers why they’ve come here.
The answer he receives is an axe,
buried in his back.

The seed pumps
for as long as it can; slick red
soaks the soil, cutting
the air with notes of salted copper.
The roots drink every drop—while
blood and bone are one and the same,
wood is what remembers.

An only child
loads his lumber cart. Somewhere
in the village below, his wife
has given birth. Twin boys wail
against the cold and dark—
they will need wood.
Wood for warmth
and light,
wood for cradles and for comfort
and for axes.