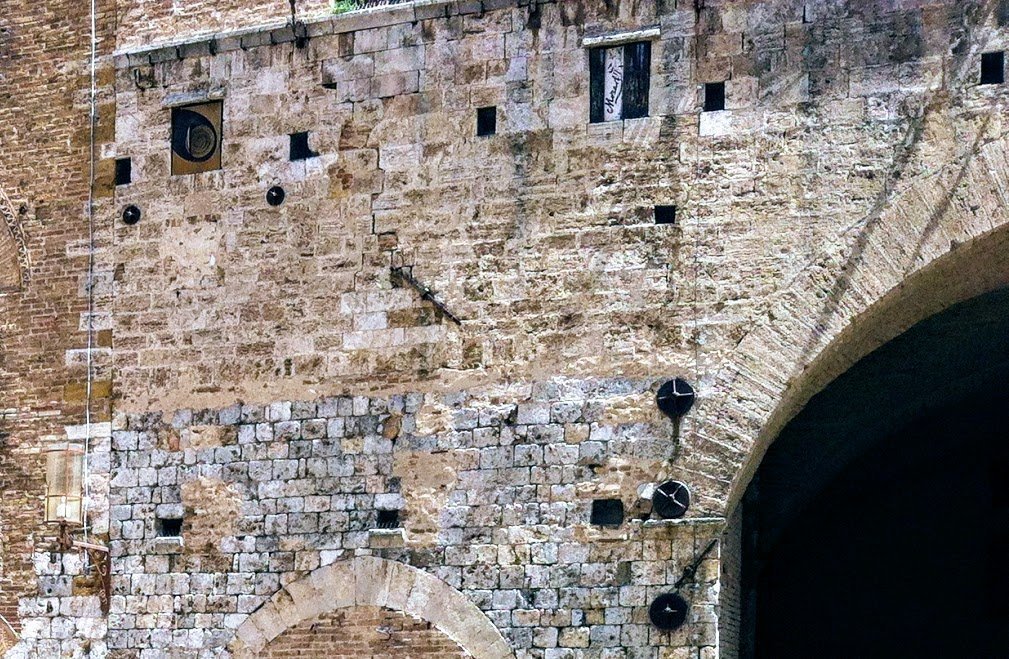 Barrel-chested, keg-bellied and (from his drinking-capacity) seemingly hollow-legged, he had cut his usual affable swathe through the lively Friday-night pubs of the old university town, and now was striding merrily homewards with a capacious bladderful of beer and an agile, unexhausted brainful of bon mots and eloquent repartee.

Although a full professor, he was not one of those stuffy, standoffish, dry-as-dust dons, but a robust and engaging figure, rather well-known (for in addition to other his accomplishments, he often appeared on television as a political, cultural and literary commentator), almost-universally respected, and widely popular besides. Genial, vigorous, frequently a little contentious, and noted for his ready wit as well as for his erudition, he was admired by colleagues and practically idolized by a great many of the students.

It had been another successful week, and with a gratifying round of the pubs to cap it off. On such occasions he quite liked to think of himself as a charismatic Ancient Roman general on campaign, doing the rounds of his camp, showing his beaming face, boosting the army’s morale by his very presence, and somehow reinforcing his commanding stature even as he indulged in a little harmless carousing with the common soldiery.

He wondered smugly what sour-faced Ms. Perkins – sorry, better make that Doctor Perkins – was getting up to all the while. She was probably still in her office sucking lemons, authoring more of her fiercely intolerant politically-correct leftist twaddle, and looking to take fresh offence at something or someone or other – indeed quite probably at him (again) – at the earliest conceivable opportunity. The poor twisted creature was practically obsessive, what with all her tiresome ranting about ‘micro-aggressions’ and ‘patriarchy’ and ‘white privilege’ and suchlike stuff; and even when she wasn’t being political and ideological she would go on and on with some dreary half-baked post-modernist academic bunkum or other, making a meal over nothing very much. More often than not, she sounded like a deranged governess; at best, as the credulous, brainwashed devotee of some weird religious cult whose tenets she lost no opportunities to proselytize – or more accurately, to insist upon other peoples’ slavish adherence to.

He, by way of contrast, was far more the traditional elegant scholar and a sound, reliable – nay, a brilliant – public intellectual. He and she had ceased speaking to one another some time ago, but his most recent public tangle with her had been in the pages of The Times, no less, where he had reviewed – patiently, fairly, wittily, and somewhat scathingly – her most recent book.

Her ensuing thin-skinned and wrathful public correspondence with him about it had enabled him – had practically compelled him – to reiterate and elaborate upon the shortcomings of both her intellect and her works, and had undoubtedly cemented his really rather crushing public victory over her. He had heard from numerous sources that she was livid, practically incoherent with rage. Well, she had never been especially coherent to begin with, but if their latest spat had taken the wind out of her sails and exposed her to a little of the ridicule that she so richly deserved, then so much the better! And yet, when all was said and done, there was really no cure for the common scold….

His stout brogues resounded confidently on the narrow cobblestoned street, and off the stonework of the medieval walls and buildings lining it: a proud, jovial little march of triumph, homewards to his spacious and agreeable rooms at College. The air was coolly refreshing after the warmth of the pubs, and although he was still buoyed-up by the happy hubbub of that last public house, he did not particularly miss its noise – which was just as well, since aside from his own vigorous footfalls this little side-street was as quiet as could be.

He passed through the pleasant glow of lamplight cast by an overhanging electrified antique lantern, and into another but more prolonged patch of mellow gloom. It was a dark night, somewhat overcast, but a new moon could be seen hanging in the sky behind the looming black gothic bulk that was the rear portion of his College, where lights glowed pleasantly in a few of the small windows.

Suddenly he slowed, and then halted completely, surprised by a figure that had emerged (as if with deliberate menace) from the black shadows of a dank alcove just ahead. The figure was indeterminate at first – a dismal, rather formless blur of dark baggy clothing. Up close now, insistently and unswervingly standing in the middle of his path, the figure resolved itself into a hooded sweatshirt and matching bottoms.

The pale – the ghastly pale – face below its hood was that of Ms. Perkins, her eyes glinting fiercer and more fanatically than ever he’d seen them. In her hand, incredibly, was a small handgun with a silencer, pointed at his heart. As he gasped – for once, taken aback and left utterly speechless – she fired her deadly little toy; then, swiftly, again, and yet again.

He jolted awake, his heart racing in terror, as the bus in which he was riding to his dreary shared grad-student digs on the outskirts of town indulged in a jarring mechanical hissing of brakes or gears or door-opening, or whatever it was. His awareness of things was a bit wobbly at this stage, but he could at least see through the big window that he had not much farther to go, which was something.

It had been a long and rather dispiriting week – that session with Dr. Perkins hadn’t gone well, and he hadn’t particularly enjoyed the party at which he’d just been drowning his sorrows – and he wasn’t at all sure that he wouldn’t rather have died in that imagined street. Better, surely, to go out on a high note than not to have attained anything even remotely approaching such a note in the first place? At least he’d’ve gotten to enjoy what had supposedly preceded it, in dreamland. Reality (or at least his own little patch of it) seemed, in comparison, quite a bleak and certainly a very overrated thing.