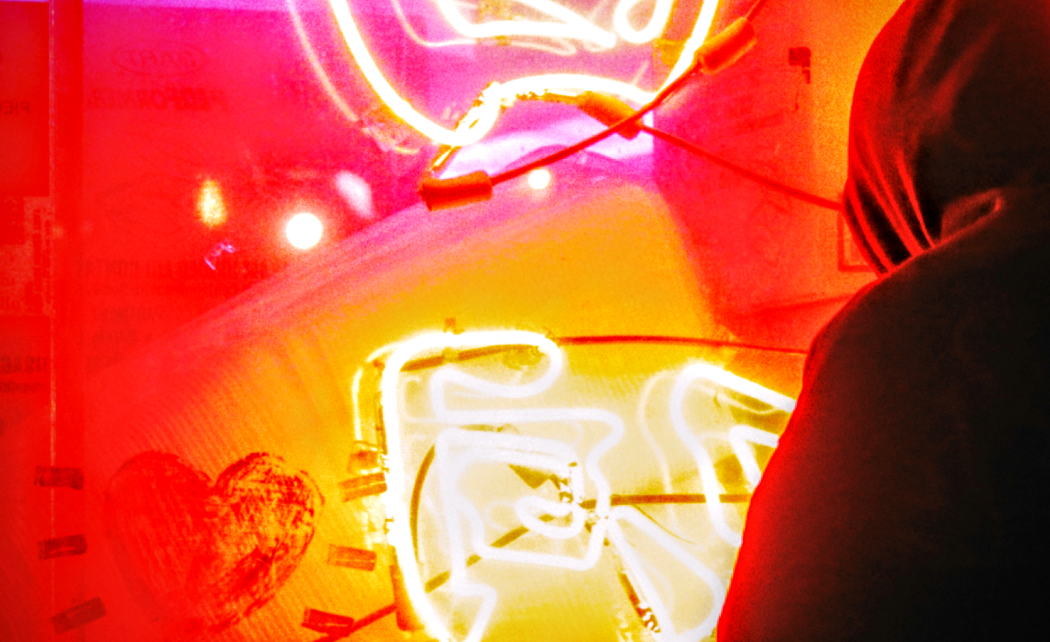 [ This photo is in the public domain. ]
Faye Brinsmead·
Creative Challenge WinnersShort Fiction

Locked out, again. Neon didn’t bother pounding on the door. She leant her auburn ions against its flaking paint. Her body buzzed with electric sorrow. He had no idea how much energy she’d put into being who he wanted.

Before he mooched into that lab, smelling of unlaundered clothes, bits of half-chewed chewing gum sticking to his hedgehog hair, she’d been a colorless, odorless gas. A nothing. He had chilled her sample until she liquefied, then separated her from her sisters by fractional distillation. He trapped her in a glass tube, sealed it, applied a few thousand volts to the electrode at each end, and voilà! She lit up in a dazzling orange grin.

They were an item from that moment. He was happy to charge her whenever she wanted. She tried not to remember her past as a free gas, the cosy interminglings with Argon, Helium, Xenon, Krypton and Radon. Such a stable family. All the other elements envied the Nobles of Number 18. Yet here she was, encased in glass, turning him on by goading him to turn her on.

Then he started saying she was too hot to handle. High-maintenance. A firecracker. He wanted somebody more chilled. Couldn’t she glow blue, or green? It was stressful. He couldn’t sleep with her in the bed, her tube resting on the green silk pillow he had bought her in the first heady days. It enhanced her sparkle, he had said then. Now he just seemed to want to switch her off.

She prowled the weedy garden, trying to peer through the windows. All the drapes were closed. At first he had rebuffed her in small ways. He stopped volting her in the morning before he left for work. He scaled back the night volts, then cut them out altogether. He liked her cold and colorless, he said. She was soothing that way. Work was full on. He couldn’t handle any electricity at home.

Bored, she found a job above the door of a nightclub. Initially it was only part-time, but they liked her work. A real knockout, she heard one bouncer say to the other.

Her new-found independence re-charged their relationship, temporarily. After her first shift he applied so many volts she tingled for hours. Then he left her cold for weeks on end.

Why did she stick around, neglected?  She had thought of leaving him, plenty of times. Now she knew other men liked what she had. But he was the one who had discovered her, made her who she was. Showed her how to light up a room. And they had such a connection. She wasn’t ready to give up on him yet.

Sighing, she resigned herself to taking the only way out. Which was also – according to a song she’d heard at work – the only way in. He would probably despise her for it. Well, so what. What was that tune the beery old-timers were belting out at the end of her shift, as the sun rose? That crazy little thing called love. She wallowed in desolation until her temperature plunged to exactly -410.71 degrees Fahrenheit. Liquid again, she hurled herself at the window, shattering her tube into a million pieces.

Neon leaked through the drapes and dribbled onto the carpet, puddling.

EDITOR’S NOTE: This story was selected from entries submitted to our Creative Challenge Series #42: Last Sentences, which required that the last sentence in the text must be used as given.