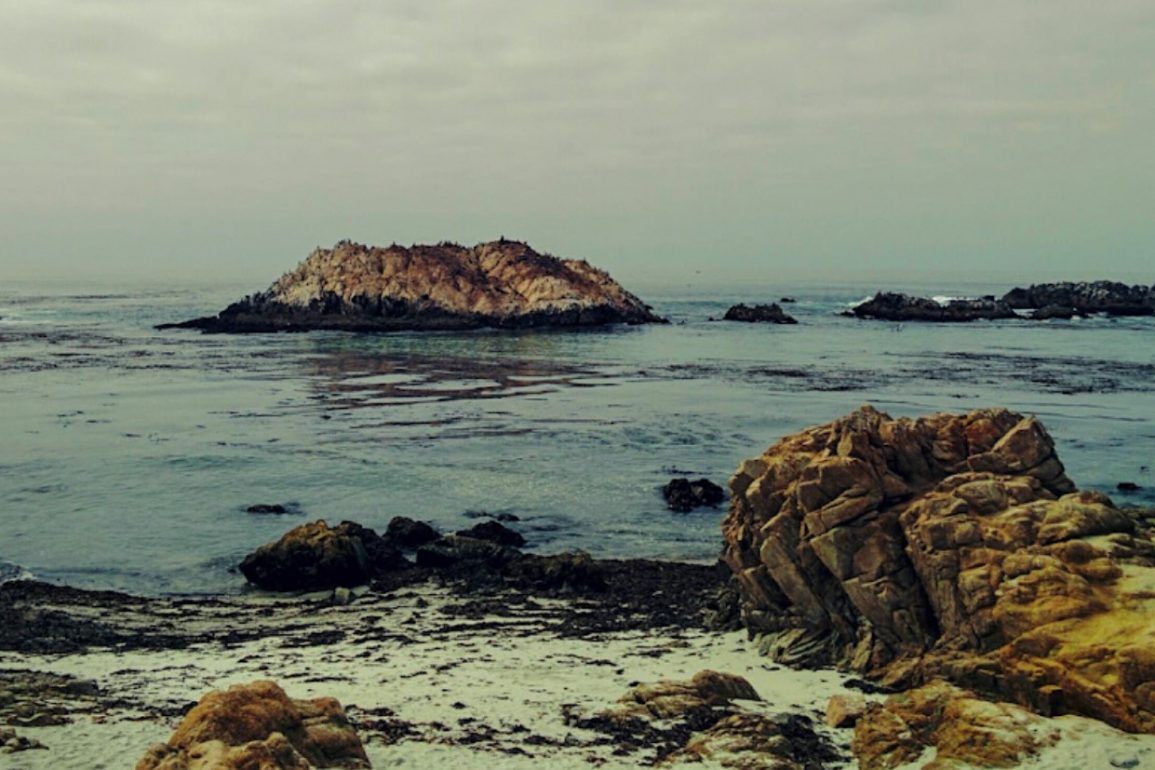 I was in some semblance of participation at the writer’s group, attempting to divert any conscious construction of stilted prose specifically by imagining myself in a favorite setting. Picture the place in your mind. The monotone of the instructor was not as hypnotically conducive as intended. My attempt at self-transport felt briefly like big surging water and heavy clouds. There was wind and there was the texture of sand, the slick tangle of kelp, but there was nothing so specific it could be identified as a precise location. I opened my eyes.

Everyone else seemed to be swooning in the grip of their private locale, a blissful smile on their lips. I had to fake it through the rest of the exercise volleying between petulant self-recrimination and surges of despair, vowing, yet again, to pay more attention, to garner more of the particulars.

I promised myself that immediately upon leaving the workshop I would drive the perimeter of our small peninsula scouring the coastline for the exact resonant spot. I would memorize its contours in excruciating detail. I would give it a name.

I wasn’t going to get caught next time without my happy place, my favorite color, my desert island song, a ready response to whatever cliché prompt I was presented with.

It has always been a challenge. I have never been able to pin down my thoughts or my actions and prod them along in a steady trek toward an intended goal. They erupt and spew, scuttle and lumber as they will while I go on attempting to perform the required tasks of the day. I so rarely get anything meaningful done. My impulses are at odds. I sometimes suspect that I am a co-inhabitant. It feels crowded in here.

It was while listening to NPR in the car on the way to the dog park that I met up with my mind’s blind eye again. The radio show had something to do with evolution and storytelling. A neurologist began by discussing yet another of the proposed differences between humans and other presumably lesser species. A worm, for example, he claimed, thinks of nothing. Its reactions are strictly instinctive. If it meets an obstacle, it moves in another direction. It doesn’t ponder and it doesn’t deliberate.

A monkey, he asserted could be trained to think of a bird if shown a picture of a bird when a bell rings. A la Pavlov, after enough instances the monkey would recall the picture of the bird in its mind whenever a bell rang.

Where humans are unique, he proposed, was in being able to manipulate the image in their minds. Picture a yellow bird, say a canary. The neurologist allows a pause while Ira Glass and his listeners picture a bird. Now turn the bird red. While Ira re-colors his mental bird red, I attempt to summon up the basic yellow canary. Something vaguely birdlike shifts in the ashy nether regions of my mind and I sense it but I don’t really see anything. I sense that it is yellow, at least briefly, but I don’t really see the yellow either or the subsequent red. Although an essence of red is somehow briefly understood before I make the leap to add the purple stripes and it all swims in a tangle of foggy impulse and grayscale sensation. I know I thought it. It flitted there but scarcely hesitated long enough for me to extend a finger.

I feel cheated. I didn’t really see anything. No cartoon bubble with a cumulus outline floated in front of my closed eyes encapsulating Tweety, salt and peppered and sandwiched between two slices of white bread.

Obviously, I am being too literal about the actual seeing part. It is just understood that the “seeing” is more impressionistic, more intuitive than visual. I ask a friend to perform the exercise and watch her forehead creased in concentration. I see it! But it’s not a canary. It’s a chicken, a white chicken. When I press her, she admits, Well, no. I didn’t actually see it, but I know what it is supposed to look like. I begin to suspect that I may not really know what some things are supposed to look like.

I think I can trace the origin of my affliction. Occupying my place in the grid of small wooden classroom desks at seven years old I have lost track of the teacher’s voice and am wandering in my own thoughts when it occurs to me that everyone else in the room must be having a similar experience. They must all be entertaining their own world within their heads, peering inward. Something along the line of the Wicked Witch’s crystal ball or a vacation souvenir snow globe; aspects encapsulated, miniature and seasonal.

But I also realize that the assumption that their inner landscapes might be similar, the furnishings alike, the view out of the window the same, is probably wrong. Each of those worlds is likely entirely different from mine, separate impenetrable terrains that I am forever excluded from. I think I experienced what was probably my first panic attack, simultaneously realizing that I was not all that unique, and yet imprisoned in solitary confinement inside my head, completely apart. What was it all, anything, supposed to look like? I became, from that moment on, a detective of tiny differences, a sleuth of shared similarities, a calculator of collectivity.

What has really been bothering me lately is my inability to mentally summon up any satisfactory images of you. What an ineffective medium memory is, only able to conjure wispy, evasive essences! Trying to draw your face in my mind is like dragging the small magnetic stylus over a plastic enclosure of metal filings, making mustaches or beards, bushy eyebrows or sideburns in feathery grey fragments. They briefly assemble and then dissipate in grey on grey with a faint anxious pulse of red. As much as I thought I had memorized your every aspect, I can’t quite remember what you are supposed to look like.

After you left I lived in a world inhabited by ghosts. Entities gently drew a loose strand of hair back from my eyes, slipped their warm fingers into mine and spoke my name at odd moments. They were not always kind. Sometimes they ran a cold hard knuckle up my spine or yanked an ankle so quickly I suddenly sprawled hard against gritty cement. At night, they inhabited the dark outside of my clenched eyes, a rush hour subway traffic crowd pressing in for an anticipated opening.

Often, they lurked in the dark corners of my room, a presence so palpable that I surreptitiously clawed the blankets up into a wad and hurled them at the menacing corner while leaping from my bed for the light switch. Sometimes I hid within those blankets terrified in the acute awareness of my ineffectual hiding places, of my nakedness.

The truth is that I am still haunted. And I don’t need to close my eyes and try to invoke a stilted mental summoning. Outside the window, a breeze is swaying the small leaves on the tops of the apple trees, just like that odd ripple of your fingers you used to incorporate into a wave.

I can look out over the chipped glass chop of the bay letting my eyes refocus on the green wool of the islands and I can imagine I see your silhouette turned toward the small bliss of a cool breeze. But I don’t really see that of course, I feel it.

I feel the place that we drove the dogs to swim, the steep incline of the trail, your pale blue chambray back, the same color as the sky, leading the way. I can feel my hand braced against firm muscle and remember the sensation of warmth on my palm. I imagine it all as a translucent movie trailer simultaneously playing over the moments of the day, a day which ought to be considered the real day, into which movement and change are occurring. But that is a forwarding that doesn’t seem that appealing if the inevitability is the acceptance of loss. I think I prefer this; the memories of you melded to each new moment in a decoupage of mental resin. Each recollection of something said, the subtlety of a facial expression, an unexpectedly genuine laugh, the suffuse of desire in the deep visceral lurch that the thought of you still invokes, preserved.

It seems as though it ought to be a connection, a tether, a knowing that is not separable or severable, and that by a directing of purposeful intent you might also see me. I can’t help wondering if you ever think of me and speak my name to clouds and passing cars, to the yeasty loaves of new bread and the gray empty streets. But then I was never able to see the depiction of any of our shared moments within your mind. Would it have made a difference if you could have seen into mine?

Now I choose to name each flickering phantom your name and let them by being named be magnetized and drawn in their wispy fragments by the pull of my thoughts. If I can appreciate the place I am occupying in significant enough detail perhaps it will be sufficient to hold you in that assemblage long enough that you slowly turn your head and look back at me with that quizzical smile.