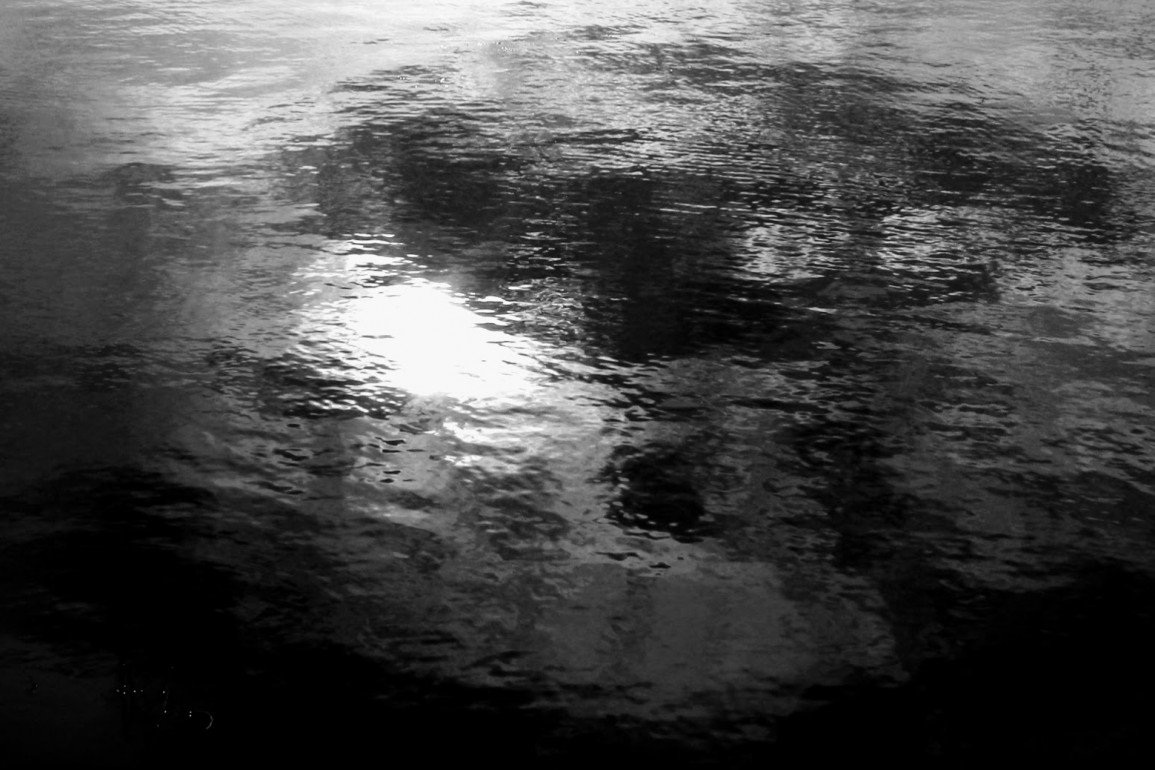 Whenever anyone at McDonald’s or any other place in his hometown of Lamesa, Texas, sixty miles south of Lubbock, would ask Sonny Echols Jr., “What’s it like over there?” he wouldn’t tell them about Royce Humphrey who burned alive in the Humvee in Rustamiyah, Iraq, October six, 2009, at 0800 hours in front of police headquarters, nothing left but bones, a belt buckle, dog tags, and pieces of boot.

He wouldn’t tell them you could smell the bodies, and the shit, and the piss from the open trenches that ran throughout the city. He wouldn’t tell them about the American burn pits that flamed day and night, spitting out cancerous smoke from the never-ending supply of military waste. And that the stench from it all would hunt you down day and night, and it would find you wherever you were so that sometimes you tried not to breathe and sometimes when you were eating M.R.E.s you tried not to open your mouth, but instead you crammed the rat-fuck veggie omelet down your throat and you swallowed as fast as you could, and you wanted to crawl off somewhere that wouldn’t be part of something or someone dying, but there existed no such place and the stink would never wash off, even after you returned home.

No, Sonny Echols Jr., twenty-four, six-feet-three, bearded now, with thin sloping shoulders like his daddy, who was long-gone, would smile that bent smile of his whenever someone would ask him, “What’s it like over there?”

“Oh, you know, pretty much like here, hot and sandy,” Sonny would tell them, quietly.

They would laugh and say, “Welcome home boy,” and he would smile that lop-sided grin like he was the same ole boy he used to be, solid and dependable, just like his daddy had always wanted him to be. Then they would go back to their double-meat bacon cheeseburgers like it was all okay.

But, it wasn’t okay.

On a hot Saturday morning in the small living room of a one-bedroom trailer, two miles outside Lamesa, at the Stallion Trailer Park, just off the Big Spring Hiway, Sonny Echols Jr. sat in a big, gray polyester-covered chair that had belonged to his daddy.

He held a half-empty can of Coors beer in his right hand that rested on the soft arm of the chair, and with his left hand he pointed a Beretta nine-millimeter pistol, U.S. Army issue, at his wife Annie who stood in front of him, facing him, a thin smile on her hard-shell face.

“Do it!” She said, flipping her long red hair off her face. She hitched up her jeans, then spun away from Sonny, and began walking the small living room, barefooted, in a tight circle, round and round.

“Do it,” she said each time she circled by him.

As she rounded the room, it took her sixteen steps, Xanax and beer steps, for her to circle around in front of Sonny each time, round and round—pitter-pat, pitter-pat—past the dead television that lay face down, still plugged in, past the bandaged air-conditioner directly across the room from Sonny that emitted a strange whistling noise similar to the ringing in Sonny’s ears.

Annie stepped over a dirty towel on the floor, past pages of the “Lamesa Daily Reporter,” letters and bills, blue and silver Coors cans, an empty bottle of prescription pills—Alprazolam tablets ½ mg daily—a silver-button black cowboy shirt, photographs, a cell phone, paper towels, paper plates and paper cups, all that had been tossed for the last two weeks like confetti and now lay scattered across the yellow linoleum that was cracked and warped in too many places.

“You know, you’re wearin’ a groove in that ole yellow linoleum.”

“You’re about wearin’ a damn groove in my brain, too.”

Sonny upended his beer. He set the nine millimeter in his lap. Then he flipped the can, underhanded, to his right and against the wall that partially separated the living room from the kitchen, so that the can spun around in a clattering circle, behind the television.

“Another dead soldier,” he announced.

Sonny reached into the metal cooler full of iced beer that hugged the left side of his big chair and grabbed another beer and opened it as Annie circled past him, her chin up and her shoulders back.

“I guess we’re goin’ crazy,” Sonny said like he was talking about going to the movies.

An oily couch, brown heirloom from his mother, lay between the air-conditioner and the front door. Above the couch and on the thin wooden paneling of the trailer, at eye-level, a silver frame with nothing in it hung on the tattered blue wall. Nothing else remained in the room, no curtains on the drawn blinds that were broken and bent, no other chairs, nothing except the two one-hundred watt bulbs, no covering, that burned like a spotlight from the center of the ceiling.

As Annie passed the couch and the empty silver frame, she kicked up her knees as if she were marching on the parade grounds in Washington D.C. and not on the beat-up floor of their trailer.

She looked at Sonny as she circled back toward him, her knees high, and she asked him, “You like my marching?”

“That’s real good,” Sonny told her. “You oughta be a General.”

“You mean like we did in high school? Is that what you mean?” Sonny smiled that lopsided grin of his and shook his head. He looked down at his black stovetop boots that had belonged to his daddy. Then he looked up at Annie. “Anything you want that’s what you said to me in the back seat of daddy’s ole rusted-out ’83 Ford.”

Annie came to a halt in front of Sonny. She faced him, her left hand on her hip, and the beer in her right fist. “And you took it didn’t you.”

“What was I supposed to do?” Sonny’s voice trailed off.

It was like the words were gasoline that kept her moving—perpetual motion. And his daddy said they’d never invent it.

Annie gave him a silver belt buckle had a cowboy riding a big Appaloosa on it for his birthday before he went to Iraq the first time, before the headaches and noise. Blown up. Concussion. Ringing in his ears all the time—up and down, up and down, vibrating. Often the noise changed pitch, buzzed, turned to static like a bad telephone connection.

Annie came to a halt across the room from Sonny, by the couch. She finished her beer and dropped it on the floor behind her. She circled around in front of him. She faced him, her big blue eyes swollen, hair in her face. She flipped her hair away with a quick jerk of her head. She didn’t say anything, just stood there, inches away from Sonny, staring at him, her left hand almost touching his right knee.

She smelled sour. Beer, sweat, pills; and Annie, “like roses,” he used to tell her, and she’d call him “my cowboy soldier-boy” . . . when dinosaurs roamed the earth.

Sonny set the weapon in his lap, and he reached for Annie. She stepped back.

“I want you to do it. You understand?” She told him again, slowly, her voice softened. “I want this. I want you to pull that trigger. There’s no other way.”

“Well . . .” He hesitated. She was always so damn sure of everything. So confident.

In a quiet voice, Sonny asked her, “Remember those spelling contests in the seventh and eighth grade? You won ’em all, every one. You remember?”

“Do it,” she said. There was no going back in Annie. Everything was straight ahead.

“Grab your gun, point it, and pull the trigger.”

He looked at the stained ceiling as though an answer might be there. He looked atAnnie and said, “I don’t know if I’m gonna shoot you, me, or both of us, or what I’m gonna do.”

“You know what you have to do.” Annie was matter-of-fact.

Sonny held the pistol on his left knee, his finger on the trigger. He picked up his beer and took a swallow, then another till he finished the beer and dropped the empty on the floor.

“It’s time. Do it.” She turned away from Sonny. She walked past the television, slowly.

As Sonny aimed the gun at the side of Annie’s head, she collapsed in front of the empty silver frame across the room, dropping like she’d been shot, a tiny, “Oh!” escaping as she slammed onto the linoleum floor. She didn’t move.

He stuck the pistol in his waistband as he stood. He walked over to Annie and kneeled beside her. Sonny turned her sweaty face toward him.

“Sonofabitch,” she muttered, spit drooling down her chin.

Sonny lifted her—like picking up air. He carried her across the living room floor and through fifteen feet of the narrow hallway, past the midget bathroom, and into their bedroom. He laid her down on her back atop the bare mattress. The sheets, the pillows and the blue bedspread were scattered across the linoleum floor along with beer cans, a clock, an empty pill bottle, socks, underwear, shoes, shirts and towels. The white scarred walls were bare and the little red trash can by the side of the bed was full of used Kleenexes.

Sonny stood by the side of the bed. He placed his large hand on her right cheek. She moaned and rolled away from him.

He walked back into the living room. He sat in his big chair, the pistol in his lap. He grabbed a beer from the cooler and opened it. He took a big drink, swished the beer around in his mouth and swallowed.

Next door—the trailers were only about ten yards apart—Mr. Garcia’s dog barked. It yelped. A door slammed.

The wind picked up. Windows rattled.

He’s thirteen years old when it happens. Summer. He and his daddy are standing in the dried-up cotton field. They’re going to lose their cotton, their land, and their house. His daddy, a made for TV cowboy: thin shoulders slumped, squinty eyes, high cheekbones, beat-up gray Stetson, sweat-stained, and the eternal Camel cigarette in his left hand. He’s pointing at the sky that’s turning black from sand.

The next morning, before breakfast, in that beat-up plank barn full of mice, pigeons, and the big yellow cat, no horses, no cotton, nothing left but that old John Deere tractor the color of green apples, Sonny’s daddy places the shot-gun in his mouth and pulls the trigger.

Sonny finished his beer and set the empty can on the floor. He grabbed his gun from his lap as he pushed himself from the chair. He walked across the room and out the front door, leaving it open.

He walked down three steps into the little square patch of grass burrs they called a front yard, the nine-millimeter dangling from his left hand.

Sand filled the north sky, turning it brown and black. Wind picked up.

A woman drove a new white Ford SUV toward Sonny’s trailer. A man sat beside her, his arm on her shoulder. The woman had long red hair. They laughed. She drove past Sonny. He waved. They looked at him, but they didn’t wave. It was like he wasn’t there.

Sonny turned around and walked up the steps. He walked through the open door of his trailer.

A gust of wind blew the door shut behind him.