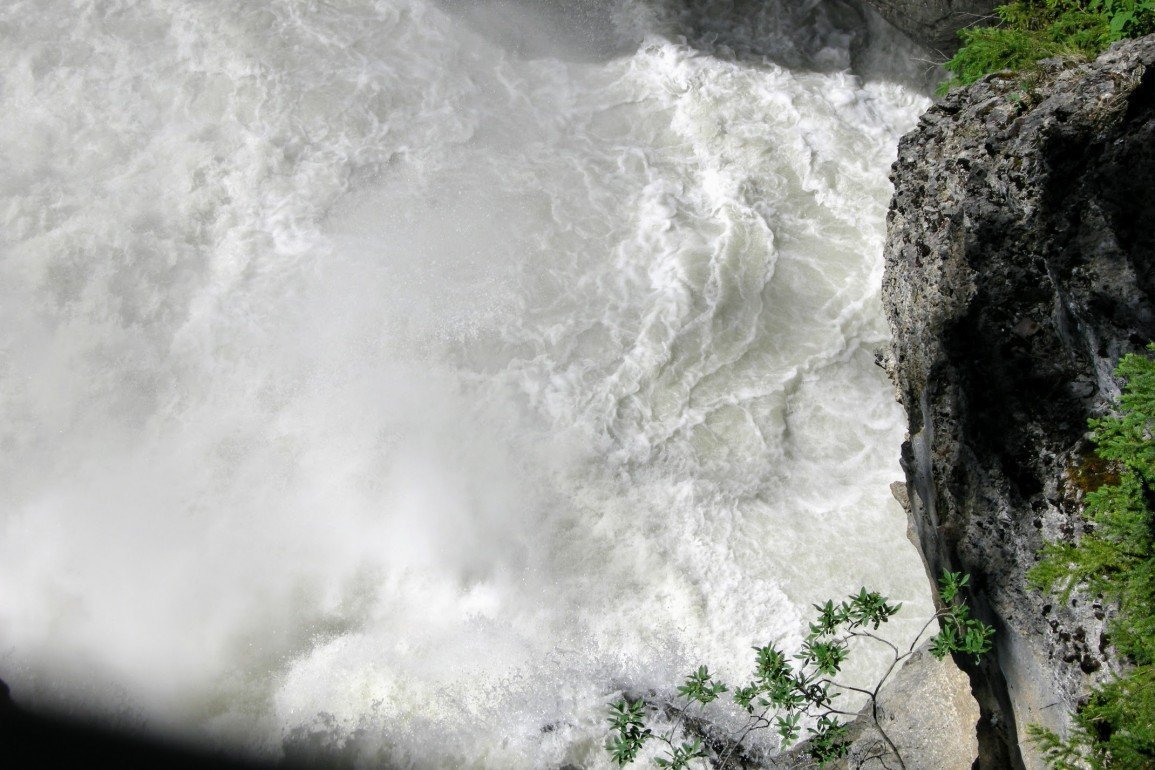 On this summer morning, when I was perhaps ten years old, my mother drove our old Ford rattledy-clank over the loose boards of the connecting bridge to the island. It made me think of “The Three Billy Goats Gruff.” But our passage would not be challenged by a troll, just a wizened security guard.

“Probably a pensioner from the old mill,” said my mother.

He hobbled out of the brick gatehouse to give us a visual inspection and a nod of acceptance. We turned right along the dusty dirt road, past blackened foundations and dock pilings along the inlet, and pulled up at the cottage which was the Denby’s summer home. I hopped out with my beach bag to join Lonnie on the front steps. The freedom to explore the entire shorefront of this private kingdom, cut off from the mainland by all sorts and conditions of water, always seemed a grand adventure.

Buckets in hand, we headed first for Ironbound Beach. The tide was low, but coming in. Swimming would be good in a few more hours. We squished around in our old sneakers in the eel grass shallows, sending fiddler crabs scurrying for cover. We hunted for flat stones to skip across the water and popped seaweed drying on the rocks, all the while collecting varieties of snails and mussels. Slowly, we worked our way eastward toward the rocky point known as “Pommel Rocks” where old Mrs. Denby lived in a large Victorian house on the promontory.

“You girls should be wearing sun hats!”

Startled, we turned around to see Mrs. Denby waving to us from the cool depths of her shaded veranda. Lonnie’s grandmother, a tall woman with luxuriant white hair in a bun, wore dark silk dresses—“widow’s weeds”—and a black ribbon around her throat.

“If you have no other plans,” she continued, “perhaps you will both take a glass of lemonade with me at three o’clock?”

Lonnie and I exchanged glances, replied that we’d love to, and quickly moved out of her sight and around the point before she could mention sun hats again.

Meandering blithely along the half mile or so of remaining beachfront, we observed processions of horseshoe crabs, gulls squabbling over tasty tidbits, and curious slabs of driftwood until we reached the dam across the entrance to the pond.

The dam, though very tempting, was strictly off limits, and we respected that as the underwater rocks were slippery with algae, and there was a strong current through the control gates when the tide changed.

We crossed the northern end of the island to the canal, which had been cut through from the inlet to the pond long ago to power additional mills on the west. The oncoming tide was rushing through the narrow millrace.

Mrs. Denby seemed to have materialized from the thicket, and she frightened us so that we both screeched like wayward church mice.

“When I was a young girl,” she continued, “I used to lie on my belly right here on this bridge, lean as far over as I dared, and imagine I was being swept away.”

The daily excursion steamer from New York let out a gloomy bleat as she came up the Sound.

“It’s great fun!” she said, an animated response to our reticence.

“Oh come now Lonnie, humor your old grandmother, and give it a try.”

Lonnie, ever the obedient heir, pressed her stomach to the barnacled old beams.

Mrs. Denby’s boot came down on the small of Lonnie’s back and launched her forward.

She stiffly turned her head and seemed to stare past me. And that’s when she said, with the vacuity of an abandoned quarry:

EDITOR’S NOTE: This story was selected from entries submitted to our Creative Challenge Series #21: Last Sentences, which required that the last sentence in the text must be used as given.