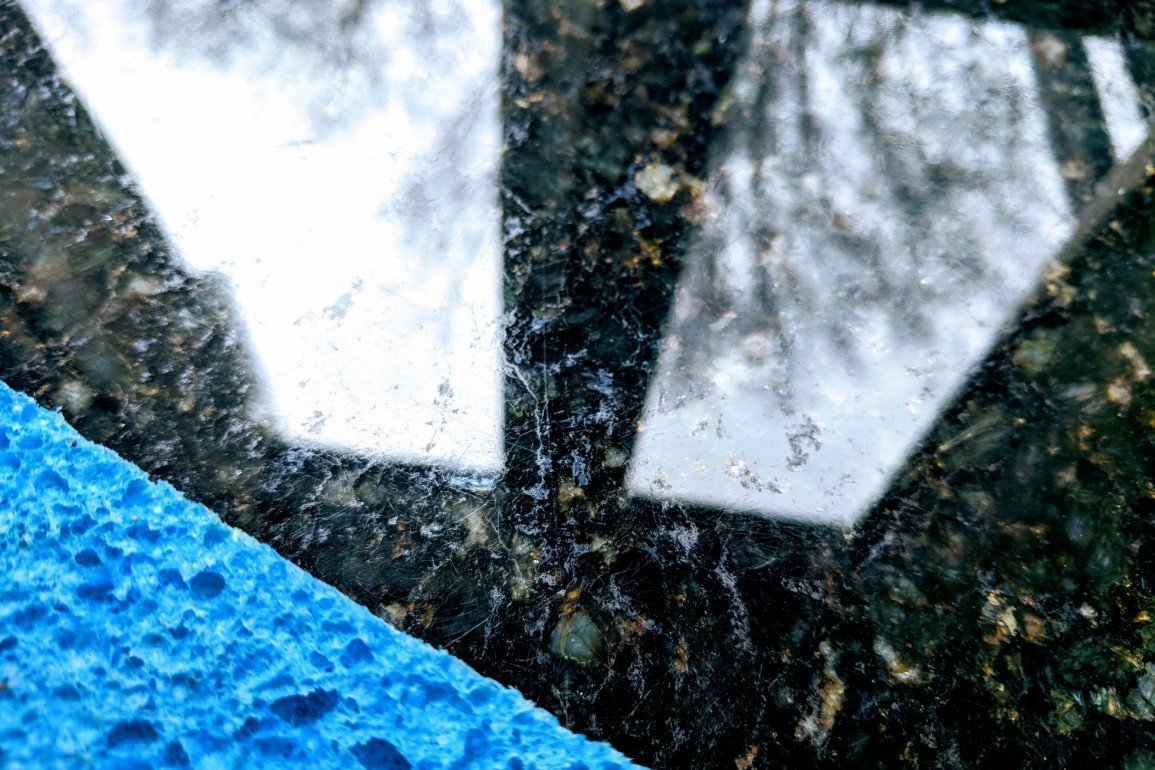 It was a pale day. Our bedroom curtains flung wide; still, the furniture looked half-hearted. I sat up in bed, stretched, and tried to get out of my nightdress. But I got tangled. I stood. Walked through to the kitchen, and the tiles were like ice against my soles. I thought: I hate the floor. I hate the floor, it always has to remind me it’s still there.

Gareth, my husband, was sitting with his feet up on the kitchen table, nodding along to The Smiths’ How Soon is Now. ‘Mary?’ he said, as I opened the fridge. ‘In many ways, don’t you think lyrics are like God?’

I surveyed the milk and wine bottles. Bubbles of condensation jewelled the glass; perhaps we had the fridge at the wrong temperature. ‘Haven’t we had this conversation?’ I said.

Gareth’s chair scraped. ‘Back in high school,’ he said. ‘All my sad friends knew this song off by heart. We’d weep to it.’

‘Soaking your cassettes,’ I said, yawning.

Gareth smiled. ‘Precisely. How we howled. This song was immanence for the people.’

I snorted. Thought: for Heaven’s sake. He still thinks sad people feel sad. I poured myself a large glass and padded across the cold floor, my nightdress brushing my ankles. I reached the table. I sat down opposite Gareth.

‘Mary?’ Gareth said, after a moment. ‘D’you think— might it be today?’

I closed my eyes. ‘Let’s examine the evidence. The weather doesn’t suggest a storm. And the car park really is just sitting there.’

Gareth leaned forward. ‘I saw the lights flicker in the night.’

‘The lights are off at night.’

‘I was reading. Couldn’t sleep.’

I shrugged, regretfully. ‘Perhaps we have a faulty fuse.’

I sipped my drink. Frowned, hard, at our tablecloth: slate grey, with huge floppy pink petunias. Gareth had crowned the largest of the flowers with a we

ll-stocked doily holder.Back when the miracle happened, I watched those flowers come to life. I smelled lemon drizzle cake. Summer grass tickled my toes. My mother, long dead, told me to fetch two tumblers. ‘Well done, Mary!’ She lifted a jug of iced tea. ‘The three times table is very, very important.’ I glowed. Slurped my tea, as she ruffled my hair. I was six and thirty-four, sobbing at the kitchen table. God’s immanence, I thought, is a voice, is the smell of sponge, a laugh, a sound that hurts to listen to.

Then, the miracle ended. I needed tissues, but we had none. So I uncorked a Rioja.

Gareth sniffed and stood. ‘Mary?’ he said. ‘We mustn’t hope. If we demand action, it’s like forcing Him to hurry up.’

I sighed. ‘Gareth. Would you do me a favour and play the harp?’

Gareth disappeared into the living room. I heard plucked strings, but it wasn’t music. He never did have the vigour. I picked up my glass, ran my eyes over the curdling contents, and swallowed my milk and wine in one gulp.

Later that day I went for a walk. In flip-flops, unadvisedly; my toes got splattered. Rocks peppered the muddy grass. Puddles crawled over all the fields, showing off the vastness of the sky. I looked up at a cloud drawn long by an aeroplane. I looked at a blade of grass, and a cricket landed, used it as a see-saw.

Back when I saw the doctor the second time, I raised an eyebrow at his diagnosis. ‘Obviously,’ I said. ‘I’m a Christian and there’s never any miracles.’

‘What about trees, then?’ said the doctor. ‘Birdsong?’

I laughed at him. ‘You’re as optimistic as my husband. He’s depressed too.’

The doctor’s lips curled a little: aping a smile. ‘But…’ He trailed off; tried again. ‘I thought you had seen a miracle?’

‘Years ago,’ I said. ‘What good is that? I broke my leg when I was ten, I don’t remember what that feels like.’

I walked back to the house.

Outside the front door I nudged the toe of my flip-flop into a blob of mud. The gloop was squidgy; pleasing, in some tiny way, though like all gestures ultimately stupid, unnecessary.

I stepped into the kitchen, made more milk and wine, and I tried to do the washing up. But there were flies fucking on the sponge.

‘Is that godly?’ I said, glancing round the kitchen. My eyes fell on the new doily holder. Doilies, I thought. The banality. As though our lives had become a garden centre.

Gareth chewed his lip, looking pensive. ‘Auspices were birds, weren’t they?’ he said. ‘Originally? Fortune telling through the way they flew…’

‘We were birdwatchers once.’

I shrugged. Sipped my horrible concoction. One day I’ll remove the wine. I used to drink a lot of alcohol. Now, I compromise.

‘Maybe…’ Gareth frowned. ‘Maybe their wings are like our hearts, Mary. They fly. We love. Cry. Play our harps.’

I laughed at him. Thought: for Heaven’s sake. Who in God’s name knows if birds feel things? I gazed around our kitchen, and the Venetian blinds didn’t even move. Our chairs stayed silver. Hard, scattered. Like iron filings, underwhelmed by the pull of the magnet.