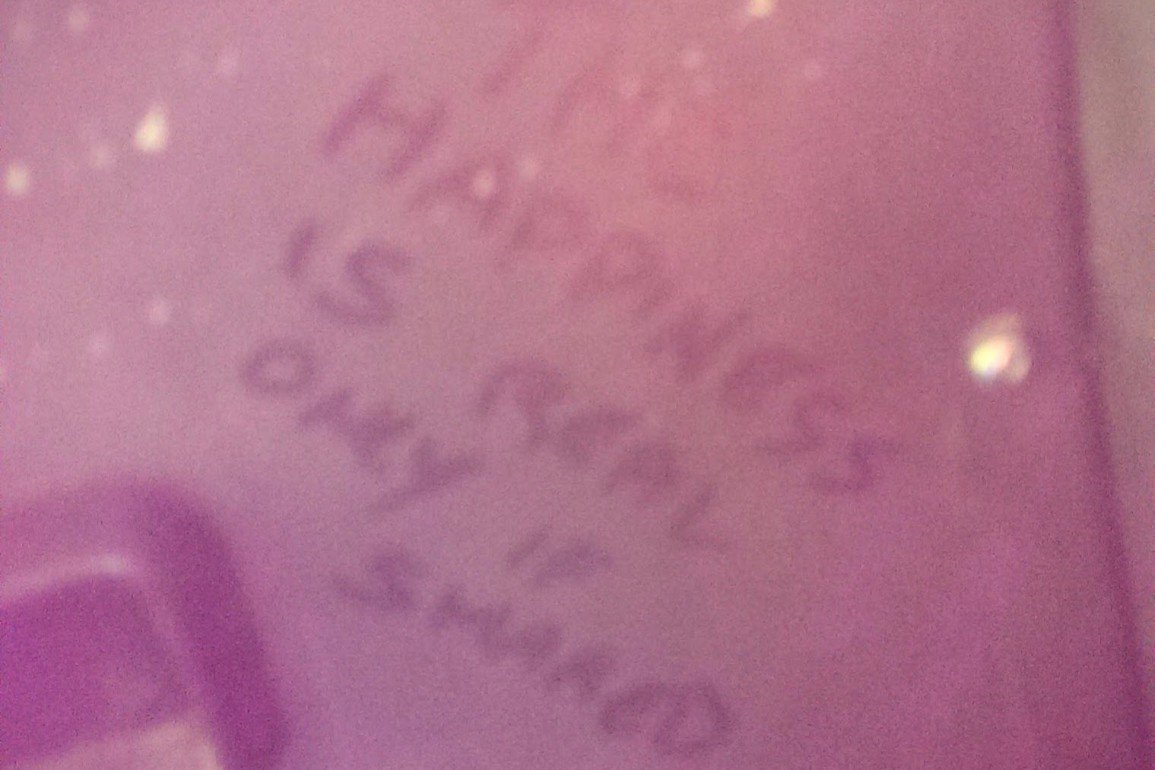 I catch my grandmother looking at me in the reflection of the overhead mirror. We’ve been driving in the golf cart for fifteen minutes or so, making small talk, remarking on the muggy heat and sublime turquoise waters surrounding us. Not thinking. Attempting to not think.

She’s adorned in a dizzying array of pink: pink shirt, pink eyeshadow, pink sandals. Not much different than the years I’ve seen her prior, where she accessorized with a melange of sapphire and coral, but maybe what’s different is the quiet sadness dragging at the corner of her rouged mouth. Like a melancholy lipsticked fish on a hook being pulled firmly down.

I keep my gaze on the road and streets ahead, eyes canvassing porpoise mailboxes and saccharine-shaded stucco houses, iguanas sunning themselves on the sidewalks, prepubescent boys pumping madly on ancient, rusty bikes. Garish Christmas lights strung up in the palm trees, inflatable reindeer lounging in concrete driveways. The sleepy Florida hamlet of Duck Key in all its late-afternoon-and-lukewarm-piña-colada prime.

“What are you thinking about?” Gram says suddenly. She grips the steering wheel tightly, white knuckled.

“I don’t know,” I say. We pass an elderly couple on Segways. They wave at us. It’s custom in Duck Key to wave at everyone you pass, even if you didn’t know them.

A stark contrast to my home in New York, where when someone you don’t know enthusiastically waves at you, your immediate reaction is to get the hell out of there.

We wave back. “Christmas, I guess.”

“It’s my favorite time of the year,” She smiles dimly. I understood why. Besides her affinity for gift-wrapping and festive decoration, Gram and Gramps had been alone all year, and he hardly counted as a proper companion. Christmas offered an opportunity for genuine interaction, for testing out new recipes and playing board games and popping open bottles of champagne.

Often I’d see her whispering with my father and uncle until early in the morning, poised hands wrapped around a coffee mug, drinking shakily and sporadically. And she would laugh, her voice hoarse and husky like a chain-smoker, even though I knew she hadn’t been smoking.

“Me too,” I tell her. That’s partly true. For the past few days I’ve seen how my family indulges in holiday festivities, baking cookies for Santa, caroling around the house, my younger cousins counting presents and bickering with each other if one gets one more than another. Standard little kids hijinks. And I’ve always loved Christmas. But this year is different. It’s hard to possess steadfast holiday cheer when there’s a half-dead man in your house.

We continue to chat, about local gossip, dinner plans, movie recommendations. We pass two women lounging on lawn chairs in their driveway. Hair Farrah Fawcett-ed, swathed in bedazzled tie-dye, they raise their palms at Gram as a lazy salute. We pass another house; a guy my age in swim trunks exits the garage, lugging a boogie board with wiry, sun-dappled arms. As if on cue, Gram asks about my love life. I inform her of my lack thereof.

There’s a brief period of silence, and I know it won’t be long until my thoughts shift to the inevitable, of Gramps and his decay back at the house. So I ask her about what it was like for her as a teenager, knowing she must have some good stories about her romantic teen endeavors.

Her eyes, shadowed strawberry and lined thick with kohl, light up. She and Gramps both have (in his case, had) an affinity for storytelling.  Gramps wasn’t particularly good at it. His stories were meandering at best, torturous at worst. Most frequently, I was the victim of these stories, being the oldest, being obligated to listen to him.

But Gram is different than Gramps when she talks. Gram is very good at storytelling. She punctuates her sentences with smiles, little laughs, jabs of her manicured finger.

She has impeccable poise and delivery, while Gramps was perpetually hunched and sluggish. Hers are verbal sprints contrasted to Gramps’ marathons.

I don’t mind her talking to me about when she was a teenager. I often wonder what Gram was like when she was younger, without weary eyes and tattooed eyebrows and the wrinkles etching her skin. What Gram describes is akin to the photographs I see on my social media feeds, users mourning the apparent simplicity of the decades before by posting a bunch of 1950s snapshots. Red-lipsticked girls doing the twist at sock hops or sharing a milkshake with a hair-gelled greaser at the drive-in movie theater.

Yet those different personas disappear when confronted with that sadness pulling at her mouth, the fish hook dragging her deep into the earth, not anchoring but burying, suffocating. We’re both fully aware that our holiday cheer is a blithe farce.

My grandfather is a living corpse, plugs and tubes everywhere from in his nose to up his ass, scabs and patches of peeling skin covering his flesh like a patchwork quilt. He can’t walk or leave his bed. He can’t speak. A terse “yes” or “okay” is a soliloquy. Icing cupcakes and wrapping toys doesn’t feel like a distraction from him and his withering. It only makes Gramp’s presence more sickening, more pathetic, made us seem cruder, colder. We howl Christmas carols like banshees as one of our own slowly rots.

It’s not like I had ever cared that much about him. I hardly spoke to him when I was very little. Instead of a relative I saw him more as a Notre-Dame-esque stone gargoyle that perched on the balcony above us while we swam, tumbler of scotch in a veined hand as we splashed and simmered in the sultry heat. Constant, watchful, but not particularly noticeable.

Yet ever since I arrived, his presence has been choking. For everyone. Even my cousins’ youthful ignorance can’t block the rank smell of death filtering in through the candy-cane scented candles.

All our forced merriment and tiptoeing around his bedroom does nothing to dispel the fact that Gram’s husband, my grandfather, is decaying.

When plagues like these spread, there is no antidote.

On our left is another porpoise mailbox, this one in a sequined Santa hat. This is the last mailbox before the bridge, and after that bridge and one more left is Gram’s house, a glittery encapsulation of Duck Key kitschy glamour. It boasts balconies practically constructed for Shakespearean monologues, hot, humid air, and a persistent feeling of isolation in a house crammed with people.

The garden out front has always been my favorite, abundant with gardenias and amaryllis, stone statues, fairy lights strung in the trees. I used to pretend it was Mount Olympus, twirling past those statues with a reverent smile, like they were my fellow gods. Over the years, those statues have slid into decrepitude, crusted with dirt and grime. The fountain sputters out muddy water. Gramps is no longer is on his gargoyle perch, and Gram no longer is out there with him pressing her lips against his sallow cheek.

We ride in silence for another minute or so. It’s dinnertime soon, and the sun is slowly setting, casting rays of rose around us. I peer over at her. A woman who did not absorb light but reflected it, like she was built of glass, who was always tinted carnation. And she still is, as I’m looking at her. But now she smiles and stares absently.

“You know, I’m glad that you’re here.” Gram says, eyes flickering up to me.

She’s tired. We’re both tired, and I can see this in the fish hook, in her fingers choking the steering wheel, in her gaze. And I keep that gaze. The moment I tear my eyes away meant back to the house, where neither of us wants to go, where there are duties and responsibility and the suffocating smog of unmistakable deterioration. And the façade that we are forced to keep up will remain glassy and impenetrable. The one that has maybe always been there.

I want, desperately so, to keep driving that golf cart for as long as we can, gripping the wheel tightly, driving in the blushing light. I would rather exchange small talk and gape at aquatic-themed architecture, circle the island around and around in a mechanical circuit, forgetting the coppery pit weighing down my stomach and dragging me into the earth. But I am made of flesh and bone, and we are crossing the bridge that will lead us back to the house.