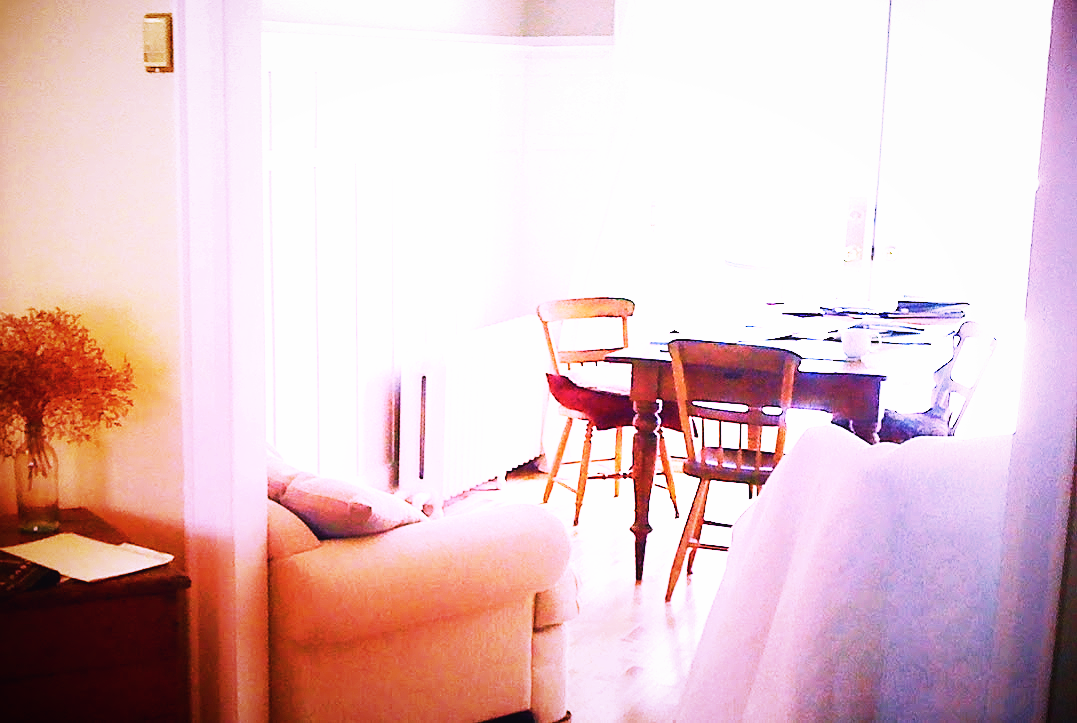 He left early – packed while she was at work, as agreed; moved boxes to an unknown locale. She pretended not to care.

One last night spent lounging on wine-stained shag (the couch was his), takeout phở and arguing the viability of his thesis, aka the usual. She slept in bed and him on the rug, his refusal to sully her further ludicrous – missed opportunity, she thought. He was rippled in all the right places, but never discussing Sartre again seemed worth it.

He slipped out under streetlights and, unable to sleep, she fired up old records – Go!, Broadway Blues, Giant Steps. He hated her music, never let her play anything when he was home because he needed time and space to think, not distracted by chaotic nonsense.

But he was gone, and music mushroomed – she swayed, sobbed, then dumped a box labelled Yours to Keep, a maudlin collection of keepsakes and gewgaws accumulated throughout their time that he’d left, a malignancy. She lifted a book, bought for him but never read, then spun it out the window, a clip-winged bird fluttering to the street below; she smashed mugs, scalped dried roses, tore portraits to shreds. Ruins crowding ankles and tears streaking cheeks, she wiped her nose and prepared for work.

She dug out her iPod and disappeared on the bus; didn’t notice the man in rimless glasses and woollen scarf stealing glances, or the elderly woman who watched, wondering if she was okay. She arrived at work, zombied through a dozen reports by lunch, then ate by herself, headphones in, before burning another dozen. Sandy, her long-time cubicle mate, tapped her shoulder at five bells – an invite for drinks with the others.

She was five Long Islands deep before they hit the stage, a simple setup: bass, sax, trumpet, keys. They flooded it promptly at nine, shadow and lightning, then launched, soaring from Earth to stars in a handful of beats – she locked in immediately on the sax. He was cute, a little overweight, indisputably sweaty, but blew fiercely; she gawked with unnerving intensity, gulping Long Island dry. Soon, she abandoned her friends, split the crowd like a snake through weeds, shoving a leopard-printed cougar from her path and planting in a vacant stage-side seat.

The jam halted and the band dropped their weapons, when their eyes latched, coy. He smiled – teeth streaked crimson.

She found it mildly arousing.

EDITOR’S NOTE: This story was selected from entries submitted to our Creative Challenge Series #15: Last Sentences, which required that the last sentence in the text must be used as given.