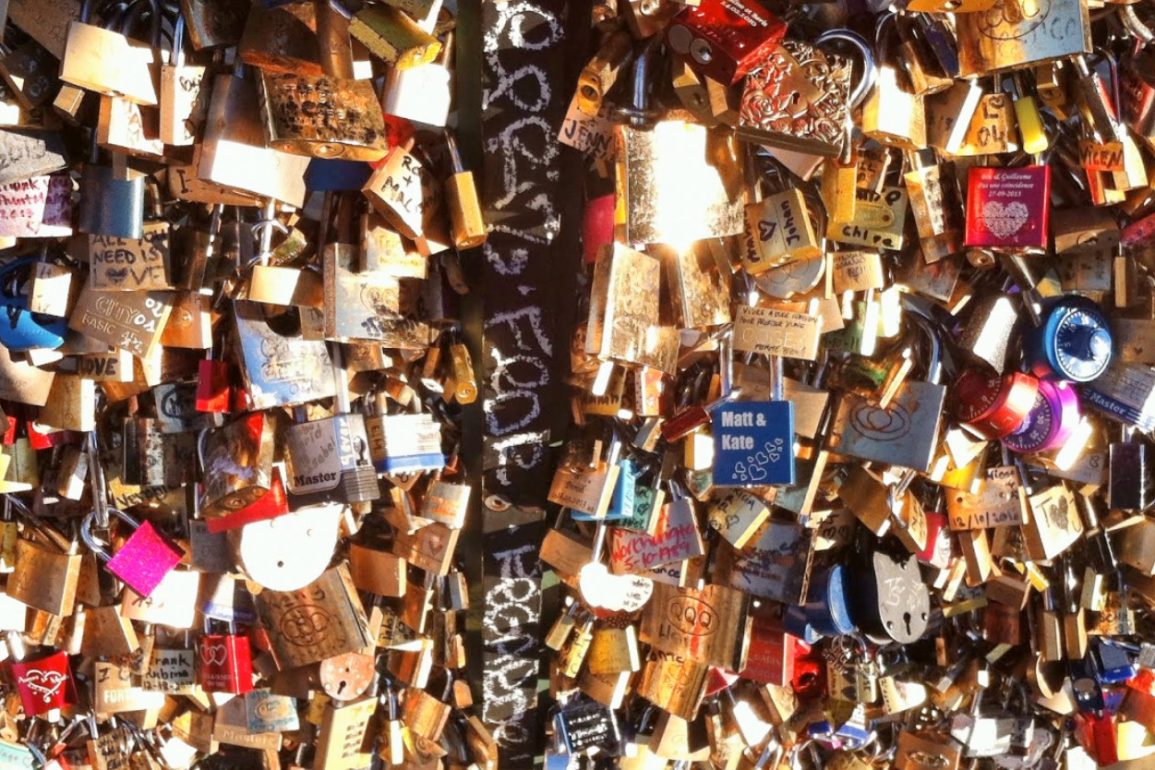 Condom wrappers and CD casings quiver
on packed gravel as the crowds coalesce.
A garrison of mohawks and begrimed skinny
jeans assume formation, steam my shirt with
their putrid sweat. Electrified frustration is as
imminent as the coming storm. Fans shove
ever closer to the stage, test the tensile strength
of claustrophobia. The guitar rips the fabric of
time, makes a ravishing, mystical sound. With
continuous gray reverberation, the ground
disappears. Only ripples and waves graft me
to Earth now. The lead, a hypnotist with a
mullet, clutches the microphone and convulses.

He belts the crowd with a sonic hook, entices
us. Bodies move like fire, syncopated, flailing,
wavering. Some fly overhead with the birds and
the beer cans. The guy next to me takes a boot
to the face, caroms into some post-hardcore
snobs beside him. My blood surges. It’s now
or never. One last drag from my cigarette, and
it’s crushed under my Converse. I seize a grizzly
of a guy behind me mid-thrash. “Can you help me
get up?” To my surprise, he mouths, “Sure.”

Before I have time to change my mind, he hoists
me into the sky. I reach for the dynamic hand
of Thor, take my throne among the cumulonimbus.
I gasp ozone. Become omnipotent. Raindrops
splatter my forehead before those below know
it’s raining. I am thrown toward the stage faster
than I can run. Glide atop a road of hundreds of
thousands of hands, undulate across an endless
sea of heads. Fear pumps in my stomach to the
beat of the music as a circle pit, a whirlpool of
angst and tattooed appendages, opens in front of
me. Foresight gnashes my brain, shows me diving
head first into the gravel. Bleeding out through
the eyeballs. I shred my throat screaming, and it
sounds like I am singing along. A voice from amid
the roar yells out. “Don’t drop her in the pit!”
In a microcosm of a second, I am tossed, flipped
on my stomach, rolled in the opposite direction.

The show goes on. I go on too. Until concert security,
a golem anthropomorphized from clay and at least
half a dozen hams, cleaves my wings. Thrusts me
from the action, back into the bosom of the Monster
Energy truck, where sixteen-year-old girls are
supposed to be. I take a can, pop the tab, and drink.
There is a thin line between being on top of the
world and cracking your skull open. And that line
is made up of people wanting to get you off
of them as fast as possible. Where we join as
a unified people, a terrestrial family with
a fetish for irrationality.