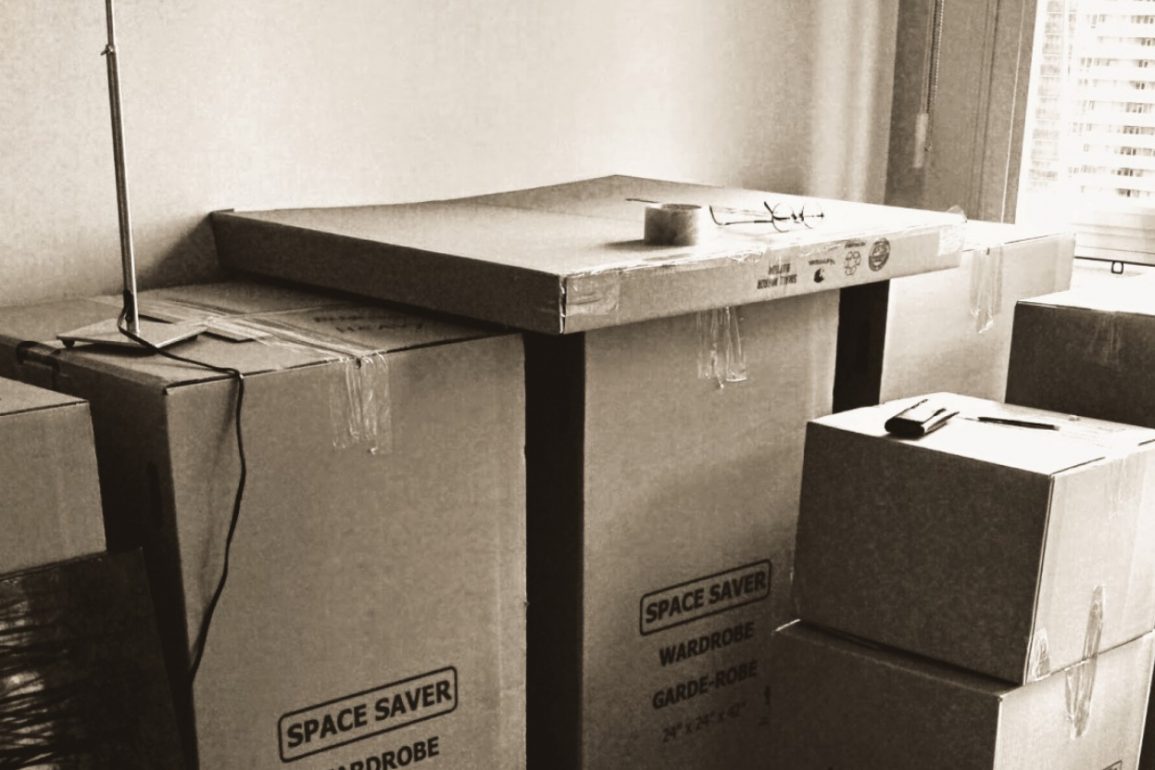 Frank P. Belcher had for very long been feeling small and unimportant in a world that had become big and overwhelming. It began as a way to chime in and have his voice heard, to offer insight to others about all sorts of products and services without actually having to interact with people up close or personally. It somehow ballooned.

The leather, so supple, is of an unattractive tan color and blemishes easily. The backless slipper design is not well thought out. While the front of the foot remains cozy in the wool, the heel freezes while simultaneously flattening the back of the shoe. Overall, I rate it a 3. As always, add your comments below.
SEND

His profile was flagged at the biggest online retail headquarters, likely due to all the comments others posted regarding his reviews. He was contacted via email and asked to become a Product Reviewer Specialist. As such, he’d receive products in the mail and was free to keep them. All that was expected was an honest review with a bit of his now trademark personal flair, of course. As long as his reviews stayed popular, free stuff and payment, too, were his.

This delightful jojoba-infused sunscreen makes the skin feel radiant while leaving no residue. But it isn’t waterproof, so use with caution if you’re prone to sweating profusely or plan to swim. My rating, a 4. Love to know your thoughts. Add comments below.
SEND

As the shipments rolled in, day after day, the space inside the apartment jammed more tightly as it filled. Most Product Review Specialists had very pleased friends, neighbors, relatives and co-workers who benefited nicely from all the free stuff. Even though giving away the courtesy products and samples was expressly forbidden in the contract, everyone did it. Not Frank. He was a computer repair consultant and completed all jobs by phone and online. His seventh anniversary of not leaving the apartment had passed last month. So, no co-workers, no holiday parties, no staff meetings, just a monthly check deposited directly into his account. The account kept growing, scarcely touched.

Reviewing actual services could sometimes pose a challenge but with a bit of imagination and “experience” culled from endless hours of videos and movies, he managed. Often just envisioning the spa treatment or the reclining seats and theater popcorn was enough to brighten his mood. There was nothing keeping Frank from experiencing these adventures himself, and if you asked him, he could not tell you why he wouldn’t or couldn’t. He just didn’t.

There was a problem, however, that was weighing on Frank, which was what to do with all the stuff. To throw it out would be a waste, but it was becoming difficult for him to move around in his apartment, even hazardous. There was still a small space available on his bed for sleeping and the exercise machine was off-limits for pile-ups. Staying in shape was important to Frank. His desk with the computer was mostly clear, plus one recliner to watch TV. The second bedroom had been largely inaccessible since last year, stuff piled almost to the ceiling. But if he needed something, he knew where to find it. He could locate it easily in the map of his mind. Even so, Frank knew this could not go on.

Are you kidding me people? I mean who doesn’t want, no, NEED, a retractable dog leash with a flashlight, poop bag holder, and personal alarm built into the handle. This thing is strong. I walked my Mastiff and could barely feel the tension. For some, the handle might prove a tad unwieldy so for that, I rate it a 4. Dog lovers, add your comments below.
SEND

Once a week, the expected call came from his mother. She lived across the country and was unlikely ever to make the trip she so often mentioned. She was often heard to remark, rather unkindly, that Frank still answered the phone in the usual flat-toned, “Frank here.”

“Oh dear, are we still insisting on ‘Frank’? Honey I just can’t get my head around that name for you. That is not what your father (bless his soul) and I chose for you 32 years ago.”

Frank listened patiently while she droned on about her bridge club and the ladies one street over and the new people who moved in next door and how their darned dog was still crapping on her rocks and you can’t believe how it shows because those rocks are white. She also got a new very realistic plastic deer for the front, actually bought it online, highly recommended for its detail. Frank’s Reviews had rated it 5 out of 5.

It was about the time that Frank began to formulate a two-pronged plan which involved dealing with the stuff (most would be donated to charity) and venturing out into the world again (baby steps), that Jeri contacted him directly and without taking time to really think about what it might mean to actually communicate with a real person.

So began an easy correspondence where conversation (by text) flowed smoothly as never before. Jeri seemed to ‘get’ him, even to like him, and after a few months, to want to meet him in person. Neither suggested Face-timing on their computers. They had their reasons.

The day she began her relationship with Frank, Jeri stared at her inbox, which indicated that she had mail, one new message. It wasn’t the usual inbox crammed with all the ads from all the clubs she’d been roped into joining for an additional 15% off ‘today only’, or the healthy websites she’d signed up for without really thinking about it. It was the alternate email address she’d set up for real communication, important things only. After months of searching, adding comments below reviews, and trying to elicit a response, there it was. Frank of “Frank’s Reviews” had finally responded, to her, personally.

Months earlier, she’d gotten ahold of an email address where she might reach him. Secret fact: she’d paid someone to find personal contact information for Frank and it hadn’t been terribly easy. Prior to that, she’d been reading all his reviews, making comments and “liking” him when she had the option. He was famous after all, in the online shopping world. Few people bought anything without checking out Frank’s opinion first while also enjoying his trademark dry humor. The thought did cross her mind that there might be others who admired him too and wanted to meet him, but she’d persevered.

With trembling hands and only after checking the pocket mirror and smoothing down her understated floral blouse, she rang the buzzer in front of his complex. This was the moment of truth.

Before driving the two hours, she’d flat-ironed her hair and added a bouncy curl to the bottom. She’d chosen the color chestnut and hoped the thickening shampoo was working even if it couldn’t fully disguise her faintly receding hairline. The foundation makeup was perfect, nude buff, it was called. She’d kept her eye and lip colors muted even though bright hues were her usual go-to. All the months spent searching for and responding to Frank’s reviews had led up to this very moment and she finally felt total clarity and confidence. He is the one for me. If not him, then there isn’t anyone. We must somehow meet and if we do, all will be right with my world.

There was the matter of one small detail she had failed to provide, reasoning that it was delicate and best disclosed in person.

Frank was full of second guessing. He wanted to get out, but was he truly ready? Maybe a better way would have been in private, in the dead of night, just go out, take a little stroll and return home, start small. Seven years had passed so quickly without real person to person contact.

Mostly, he hadn’t missed it. Frank kept his appearance simple and took care of himself. Though he reviewed and therefore owned numerous brands of pants and clothing, his chosen outfit each day was jeans and a plaid flannel shirt. Frank liked his hair short. He buzzed it himself with a high quality pair of clippers on schedule every two weeks. He’d recently noticed a bit of gray creeping in at the temples and decided not to mess with it.

His mother had always liked to go on and on about his beautiful chiseled face, always using the word beautiful, never handsome or rugged which is what he’d have preferred. His mother would have something to say about the buzzed hair too, but she’d never seen it.

Frank and Jeri did not discuss looks, not their own or anyone else’s and had never seen any photos of each other. Frank used a cartoon dog as his profile picture for “Frank’s Reviews”. They had explored the topic of physical appearances at length however and both felt strongly that real interpersonal connections were more important than physical ones. They each knew that the other hadn’t had a real relationship outside of the one they were forming online and with this knowledge came the feelings of both safety and comfort.

They were quite alike in many ways. Each had struggled in school. Not academically, but socially. Jeri was popular with many girlfriends but when it came to boys or relationships, she seemed to be the odd one out, the third wheel. Frank was never taken seriously by the other boys and failed to make the sport teams every time he tried out. Girls called him creepy and shied away. There wasn’t anyone he was close to. His mother was constantly nagging him to be something else but would, to this day, deny that.

When Jeri rang up, Frank looked over at the monitor to catch his very first glimpse. Her beautiful long hair was blocking her face, but even so, the attraction was instant. I hope she’ll accept me, he thought, with more trepidation than confidence, and his palms began to sweat. He spoke through the mounted speaker, saying not to come up, he’d come down. The walk seemed longer than usual and Frank realized that the hallway carpet had been changed, the walls had been re-painted and some new art hung. A lot happens in seven years.

She was just inside the foyer, where he’d buzzed her in, waiting for him. Tall, that was unexpected, but she also had on heels. She was in fact, gorgeous, too gorgeous. Was it possible this could be the same person he’d been talking with all these months? Forgetting his own nervousness, Frank stepped closer for a better look and to take in that scent. What was that, vanilla?

Concurrently, ignoring her own worries, Jeri was looking at Frank for the very first time. He was shorter than she’d imagined, maybe five foot nine, thin and fit. The face, his face, could only be described as beautiful. There wasn’t another word for it.

It was a few minutes before either spoke, not wanting to break the magic, just wanting savor the moment. The realization that they had even more in common than they thought, came on gradually.

Jeri spoke first, saying, “I hope this doesn’t shock you too much, but I’m in transition. I honestly didn’t know how to explain it and I suppose I just felt you’d understand and accept me for who I truly am.”

Not wanting her to feel uncomfortable for even one minute, Frank responded quickly with just two words. “Me too.”