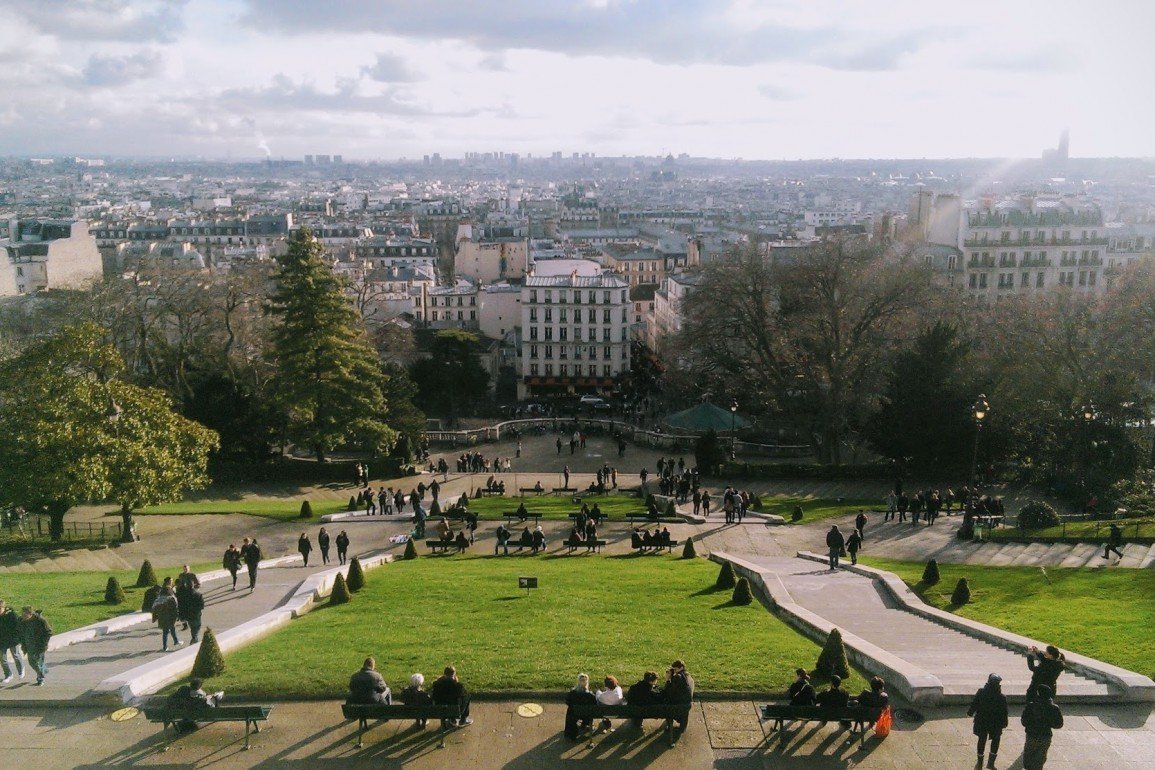 Regardez, I say to my daughter,
Un croissant, a tree, c’est un arbre en
français, and that, that’s a soldier

with an automatic weapon.
I teach her the name in French,
Un soldat avec une mitraillette,

as if the name of a thing matters
when you carry a gun
as one would carry a long box
of roses, or a folded parasol.

Regardez, I say, One of them is a girl.
See her ponytail? And I’m not sure why

I pointed that out to her, except perhaps
to say that she, too, can be one of them
She, too, can carry the weapon.

I have not yet taught her the word “terrorism”
in English or French. I’m glad
she’s only four, so I don’t have to explain

why armed soldiers walk the streets of Paris.
Instead we laugh as the pigeons crowd
around her so thick they move like a sea

of gray and white around the island
she is already becoming.
Some land on her head, and she

gasps, delighted. She asks for more
bread. I do not tell her that
if she were made of bird seed,

they wouldn’t love her more. They
would consume her, down to her bones.