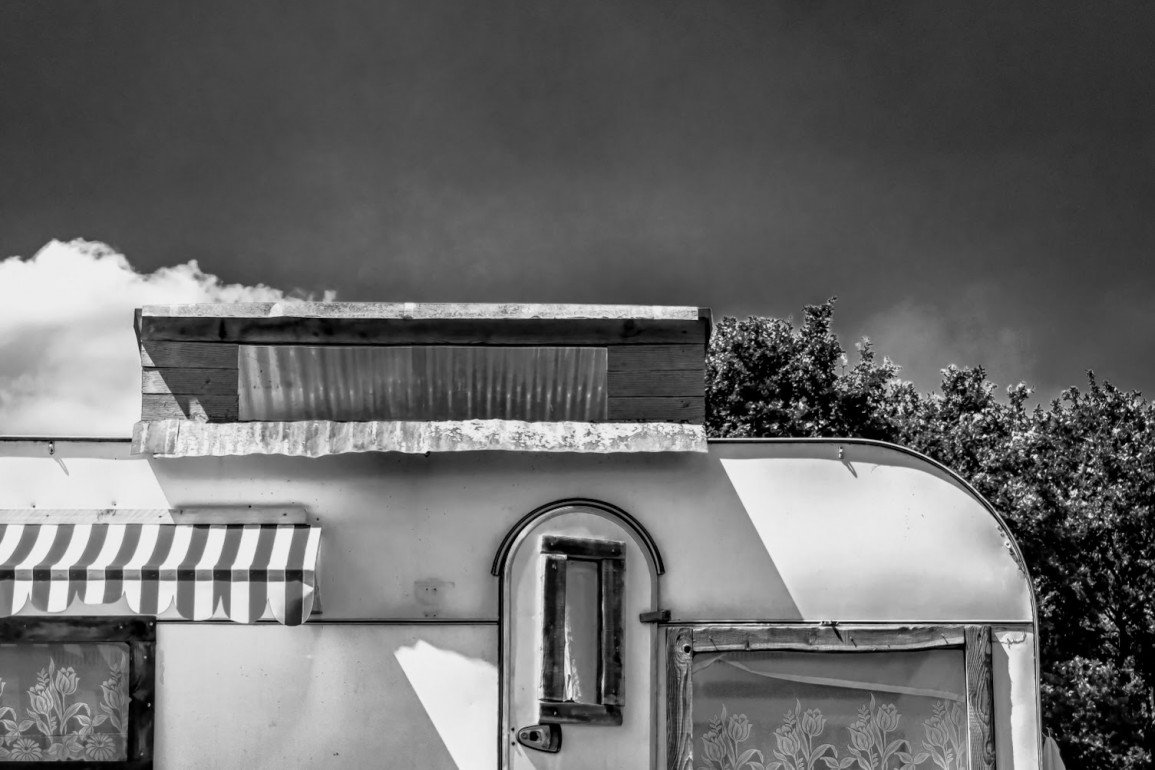 [ This photograph is in the public domain under the designation CC0 1.0 Universal. ]
Slade Graves·
Creative Challenge WinnersShort Fiction

Tex and Melvin and the Silver Trailer

She lived in a dented silver trailer.
When the wind blew real hard,
usually on Saturdays and from the Southwest
that trailer would rock bigtime.
She had once been called a yellow rose, yes,
that was it, “The Yellow Rose of Texas”
it was a song.
It would be nice in some unwritten future, yes
it would be very nice indeed to have that phrase written down
in script (small, of course, “Here lies the yellow rose of Texas.”)
and put underneath the LARGER letters, (not script)
that spelled out who she had been: “TEX”, and then
for it all to come together on her future granite headstone
with the proper dates and such.

It was Saturday, one of those blowy ones, real blowy. Melvin watched her from his favorite chair. The one under the lamp, tiny with two concentric rings of stretched cowhide skin. Sheer, so that the names “Tex and Melvin” that had been written on the lower shade in a fine scroll seemed illuminated. Hazel had picked the words and the lettering herself; the upper shade had a heart.

Tex, whose real name was Hazel, had bought the lamp years before in a store just outside of Fort Worth, Texas. Worth, that had been her son’s name. And that was a funny coincidence because Worth had been born years before she moved west. To be closer to him, her only child, Worth. He had glowed like a brilliant comet come to earth but, just for a short time. Just for a short time.

So it was back in time and it was after he died, that she bought the trailer. Worth, the shiny, the still so young, and at 33 just becoming. It was because of him dying: too young, too young, and because the town was getting old and expanding out of itself, Hazel found the town’s former comforts no longer comforted her. She had decided it was time to go. The town had grown up around Tex and Melvin. “Growth” was now sucking the roots and ripe out of the flowers and the trees; growth was sullying the turquoise sky and turning off the stars at night.

The airstream trailer was rounded and radiant. It shone like a beacon. That trailer was so bright that it shined away the town behind her and blinded her way back to her former life. Now that her own light had gone out, Hazel coveted the resplendent.

She put an ad in the paper the very next day and it wasn’t long after that when a young woman and her wife replied to that ad. The couple had a big ranch truck pitched high in the air with a back seat. The name of the ranch had been painted over on the door but you could still make out the outline of the words. Hazel hired the women and told them to call her Tex, because that’s what she went by.

They picked her up early that Saturday when the three set about the day, stopping first to pick up the silver bullet on wheels. They probably should have paid more attention to the sun as it rose red in the eastern sky. The sun was red, bright red.

It was hours later and about seven miles out of town that the wind began to pick up. Hurricane Alice had just set about ruining the day. Things happen suddenly sometimes in life when you are caught up, unexpectedly in the throes of an act of the almighty.

Hazel knew something of the devastation that acts of God could impart. God had acted quickly and without mercy in Hazel’s life before. And, this time it was a branch that He sent hurtling at a speed approaching that of light. It took aim at the small convoy traveling along that road on that day.

BAM! The broken wood spun through the air gaining speed like a missile on crack… it hit the trailer so fast and so hard that it busted clean in two, one half of it destined to shatter the glass roll-up window next to the unsuspecting wife as she sat commenting on the unforeseen event. A shard blasted loose and shot clean through her head. She would never be the same; Hazel knew that immediately. Because there was no scream. That fast.

When shit happens Hazel knew that a person had to let that shit go or become something else, somebody else. You might even become what some would say “crazy” and others merely say, “That abitovertheedge… that eccentric woman who lives so far out.”

Melvin, from his comfy chair, had gotten used to his new digs. He grinned at Hazel from across the room. Hurricane season was over now and he loved the days getting shorter, it meant time on mom’s lap. It meant warming himself by the fire, fake, but toasty. Hazel would turn it on from the switch on the wall.

He was beholden to her, and she in return was adoring. Even though he was a good jumper he himself couldn’t get a paw on the switch and was unable to control his destiny. Hazel smiled back, they were a good pair. There were few things you could control. Like cats, and whether or not you got out of bed in the morning.