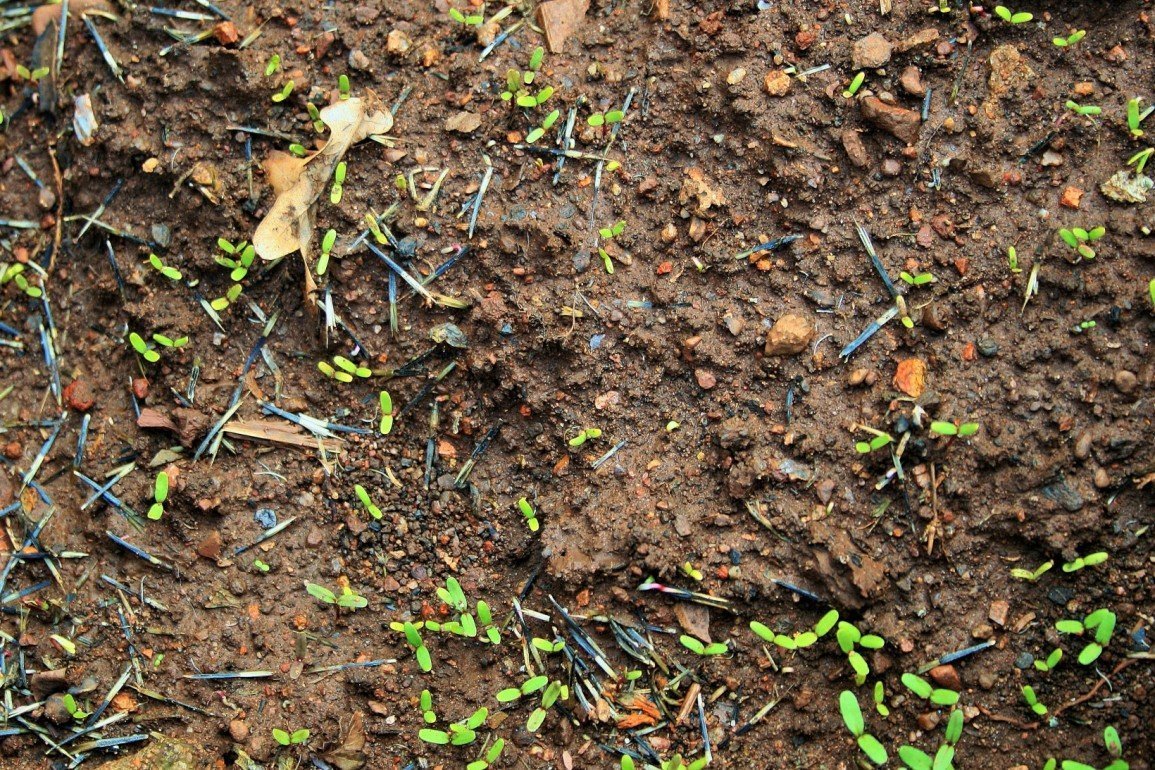 [ This photograph is in the public domain under the designation CC0 1.0 Universal. ]
Cleo Aukland·
Creative Challenge WinnersShort Fiction

She lived in a dented silver trailer. The trailer had been silver when she moved in: it had not been dented. The trailer stood alone in a clearing in the woods, after she’d driven it there herself a few months back, and it had a small awning and window sill. It was the kind of trailer that kids would throw rocks at, kick, and whisper about. They’d speculate about who lived inside, too, maybe a supernatural witchy weirdo and her feline Familiar.

“I heard she has a wart the size of a toad on her CHEEK.”

“I heard she only eats grass. And snails.”

“I heard she turned a kid into a gnome and put him in the yard.”

“I heard she has a pet dragon.”

“For real?” one kid interrupted. “That’s pretty cool.” There were murmurs of assent.

Calamine smiled when she heard these kinds of things, because these exact children saw her all the time in town. The thing was, they didn’t realize it, couldn’t connect her with the run-down, mystical trailer. A young, blond, non-smoking author lives there? No way. Calamine felt that she was disappointing these kids somehow, with her normally sized nose and lack of green skin.

And so, one day, she bought a sapling from the nursery and planted it at night, surrounded it with small stones, and put a small sign in the ground next to it. CAUTION: MAGIC. DO NOT TOUCH.

The discovery of the tree was a Big Deal. Most of the conversations went like this:

Stephen swallowed. “It’s a magic tree. It said so.”

“Hurry, honey, or you’ll be late for school.”

Calamine rather enjoyed her white lie. She took care of the sapling, watered it and so on, but it shocked even her when, a week later, the sapling grew a foot and sprouted five new branches. Of course, this delighted the visiting children, who ooed and ahhed when they next stomped through the woods to the trailer. Calamine discussed this new development with her friend, the owner of a paper shop in town.

“I’ve no idea how it happened,” she said, while Novella stacked boxes of pens. “It was a twig one day, and a tree the next!”

Novella mused. “Maybe someone is tricking you,” she said, admiring her finished arrangement.

“Go back to the nursery, then.”

Calamine did go back, but the shop was closed when she visited. She went every day for the next week, checking at different hours for a glimmer of light or movement within the shop, but it stayed dark. One Thursday, a small sign read in spidery script that the owner was out of town for an undetermined amount of time. So Calamine stopped returning.

Calamine peeked at the children through her curtain the next time the whole troop arrived. They consulted, stomped, pointed, and hummed. She sat back down on her couch. None of the children had ever knocked on her door or tried speaking to her, but she almost wished they would. Instead, they stumped off with dirt samples, leaving small footprints.

She went outside to inspect the tree. She looked over every inch, examining buds with a magnifying glass and comparing it with pictures in a borrowed plant anthology. It looked normal, a sapling not out of the ordinary, but it wasn’t.

Calamine tried to put the tree out of her mind. She woke up a few times during the night to the tree creaking and stretching, and regarded it with a chagrined air through the window. She felt that, without an understanding of its mechanics, she was somehow left out of its mystery. She felt as clueless as the children who visited her trailer, minus the enchantment.

“Maybe try and plant it somewhere else,” Novella told her one day, serenely cutting paper into flowers for her window display.

“It’s too heavy now,” said Calamine. She sat at a desk with a botany book open in front of her.

“Has it started growing anything?”

“Hmm,” said Novella. “Now that will be the mystery.”

Calamine had not thought of this. As she walked back home, she rather thought that this was a good idea for a story, perhaps one to jumpstart her stagnant career. She returned to her trailer, a purchase born of a desire to start a new, more minimalist and therefore productive lifestyle, and watched her tree, which boasted a few dainty green leaves. She heard a twig snap behind her, an intake of breath, and she turned.

One of the children stood balancing on the edge of the clearing, petrified at the sight of Calamine. The child had a backpack, a jar, and a notebook in hand.

“Hello,” she said to the child. The child said nothing. “What’s your name?” Nothing. The child backed away into the trees and was lost behind a thicket of bushes. Calamine heard branches snap and the ground crunch as the child ran away, and she sighed.

The next day, there was a knock at her trailer door. Calamine started, standing at the sink with a soapy sponge in one hand and a dish in the other, and she dropped both. No one had ever knocked at her trailer before. Not even Novella, who only hosted Calamine at the paper shop as a rule. Calamine rinsed her hands, finger combed her hair, and opened the door. There stood the same child from yesterday and a weary looking man who must have been the child’s father.

“Can I help you?” Calamine asked.

The man sighed. “Sorry to bother you. Did you speak to my son yesterday?”

“Yes,” said Calamine, confused. “He came out of the forest, so I said hello and asked him his name.”

The man closed his eyes for a moment and looked down at his son. “Stephen. Why did you tell me this lady cast a spell on you? She says she just said hello. We don’t want to bother the lady.”

Stephen mumbled and pointed to his feet.

“I can’t hear you, champ.” Stephen’s father leaned down. “What about your toes?” Stephen whispered to his father again.

“I, um,” Calamine was flustered. “I’m sorry, I didn’t mean to cross any lines – these kids come and look at my trailer sometimes, they’re really no trouble…”

The man knelt next to Stephen and looked at him with concern. “Can you take off your shoes, champ?”

Stephen chanced a terrified glance at Calamine and, backing away, sat on the grass. He untied his shoes, and stripped off his socks. On his right foot two leaves grew in the place of toes. Stephen’s father yelled “holy shit” and Calamine stared and held the doorpost for support.

“What the hell is going on here,” Stephen’s father said, his voice shaking, turning to Calamine.

“I—I have no idea,” Calamine said faintly. All of a sudden, something awful, something appalling dawned on her. She stumbled down the steps of the trailer past the father and son, who shrank away from her, and stopped at the tree. There, on the highest branch (which was at Calamine’s shoulder) hung two small toes.

The owner of the nursery was a small man with thick coke-bottle glasses. He wore an apron, a leftover vestige of running the shop from his father’s time, and owned a pair of cracked and beaten leather gloves. He wore these now as he tended to a small sapling, its bottom encased in brown burlap and dirt, its branches thin and unassuming.

The sapling sat on a steel surgical table that rose to the botanist’s waist, and the botanist crooned as he pruned and straightened. He worked in a hidden back room, undetectable from the front of the shop. At last, finishing his task, the botanist nodded. He hummed as he lifted the sapling and nestled it among the rest of the trees, which took up almost all the floor space in the back room.

Small posts sprouted from flower pots, each with an illustration in black charcoal: an ear, an eye, a finger, a toe. The botanist took off his gloves and flexed his leaves. He smiled.