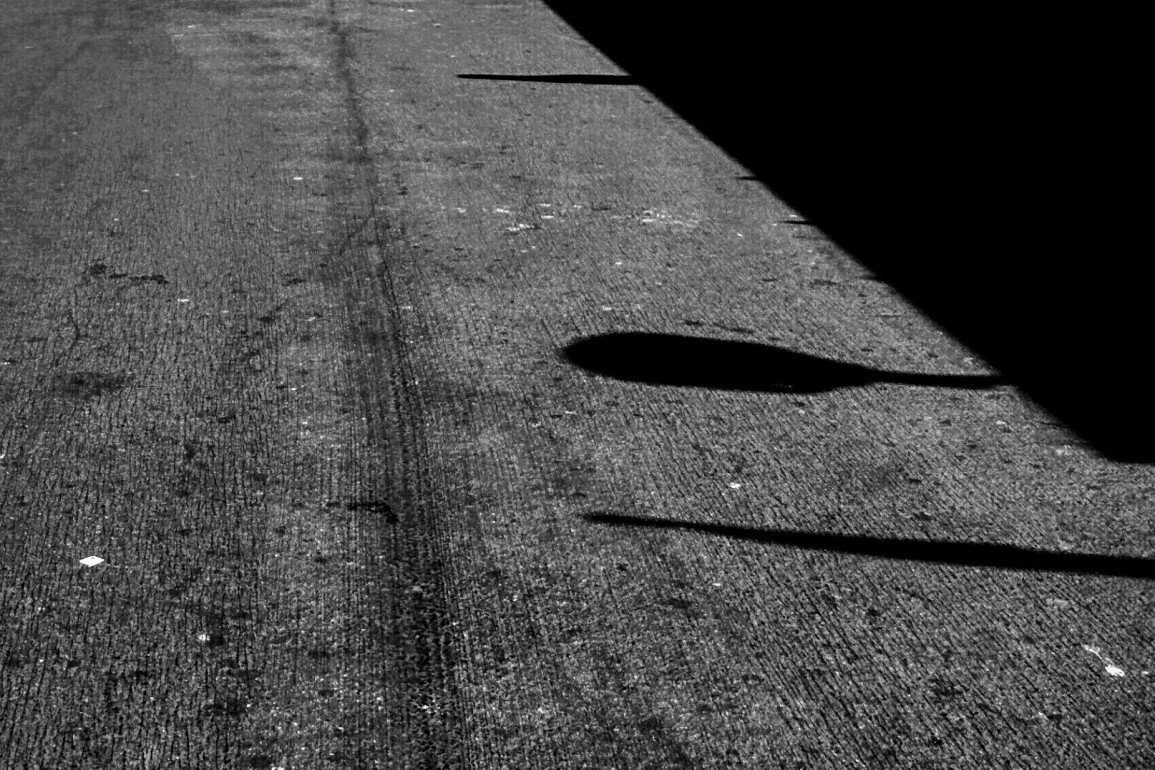 They were dancing, he was sure of that, dancing around a Knightsbridge traffic island. The man on the 137 double-decker continued to reminisce as the bus moved another agonizing inch along Oxford Street in the pre-Christmas traffic, the floor-mounted heaters blowing gratefully received hot air over the man’s feet.

An hour had elapsed since the man on the bus had witnessed the mystery of the dancing couple, and he had been unable to dislodge the image from his mind. They had appeared to move in slow motion; the young woman’s wavy dark brown hair flowing in the breeze as she whirled slowly anti-clockwise around the yellow and white plastic bollards. The man on the bus closed his eyes; the chaotic mass of people on the street below were disturbing his thoughts and a searingly bright red neon fast-food sign next to the window was offending his sight. And he remembered—invented? No, remembered her face.

The dancing woman had tilted her face skywards, her eyes reflecting an amber glow from the street-lights above. He was confident that she had blue eyes beneath the other-worldly glow of amber. Blue eyes, dark brown hair, dimpled cheeks—perfection. Her face was all that he could see, the rest of her being covered from the harsh winter’s bite by a long, black coat and a thick duck-egg blue woolen scarf. Her partner, however… her partner… The man on the bus hadn’t seen his face. He knew there was someone there; a young man with similarly colored hair to the woman, his hands outstretched, palms down, engaged with her hands, palms up, clenched tightly against one another. He thought that he had seen a black overcoat flapping in the wind as the male partner turned in the circular dance, but he wasn’t sure of much else.

The man on the bus furrowed his brow, wringing more thoughts out of the back of his mind and pushing them forward. Had he missed anything about the woman? Yes, her expression had intrigued him, now he wanted to consider it again. Utterly open, not sad, not smiling, just… open and more than anything—alive. She moved more slowly this time as he began to replay her dance again, oblivious to the other passengers on the bus and the smile creeping across his own face.

The bus surged suddenly forward as the driver attempted to block off a rival’s attempt to get ahead in the second lane, then jolted violently back as the driver’s foot slammed on the brake pedal. The man was aware once more that he was on a bus, sitting with strangers in Christmas traffic, on Oxford Street whilst the woman in his thoughts was not. The bus driver sounded his horn next, the other driver responded and the first bus now swung out, rightwards into pole position for the next green light. There was a final toot of indignation from behind, then all was calm again.

The man on the bus leaned to his left, and peered past the head and hunched shoulders of a coughing elderly man to look through the front windows. The box junction with Gloucester Place was blocked, traffic solid—they wouldn’t get to Oxford Circus for a while yet so he settled back into his seat and focused. Hair dark brown, wavy, flowing in the wind; the movement anti-clockwise, slow, slower, slower still; the head tilted backwards; eyes blue, amber, beautiful. He hadn’t considered her age until now, but he picked one out of nowhere; twenty-eight? Why not, he was twenty-eight himself.

The man assumed an identical posture to the one he’d taken when he’d first noticed the dancing couple: elbow resting on the large rubber window-seal to his right, chin supported by his hand. He remembered the moment the bus turned onto Knightsbridge from Sloane Street navigating around the oddly configured junction at Scotch Corner—left for a few meters, then round, hard to the right and past the traffic island, and along towards Hyde Park Corner.

He replayed the dance in his head. Three seconds; had it really been such a swift sighting as that? He played the scene again from the start, slower, slower, slower still but he couldn’t freeze it. He wanted to know who these people were—who the woman was. Why were they dancing around a traffic island? And were they really dancing? Perhaps he had imagined the entire scenario.

The bus lurched forward again separating the man once more from his thoughts and he opened his eyes slowly, irked. The elderly man sat in front coughed once more, a long, wheezing one this time and as he recovered, he looked apologetically around at the other passengers and at the man behind him, licking drops of displaced spittle from off his lower lip with his tongue. The man on the bus regarded the back of the embarrassed pensioner’s head as it returned to a forward facing position and the man wondered idly whether the cough was a continuing sign of illness or something less sinister? The man pondered this for a moment longer, then resumed his previous pose—elbow on ledge, chin in hand and tried once more to picture the dancing woman.

On another bus travelling in the opposite direction, a young woman, twenty-eight years old and blue eyed with dark brown, wavy hair was seated on the top deck, right hand side with her leather gloved hand supporting her chin. Her bus came to a stop in the box junction as the Oxford Circus bound double decker drew alongside momentarily. She noticed a man on the other bus, his chin resting on his hand, and his brown eyes directed downwards as if lost in thought. She wondered what he was thinking about and she smiled, intrigued as she looked at his neat, dark brown hair and the upturned collar of his black overcoat.

Three seconds later, her bus moved on and so did the man and his thoughts.