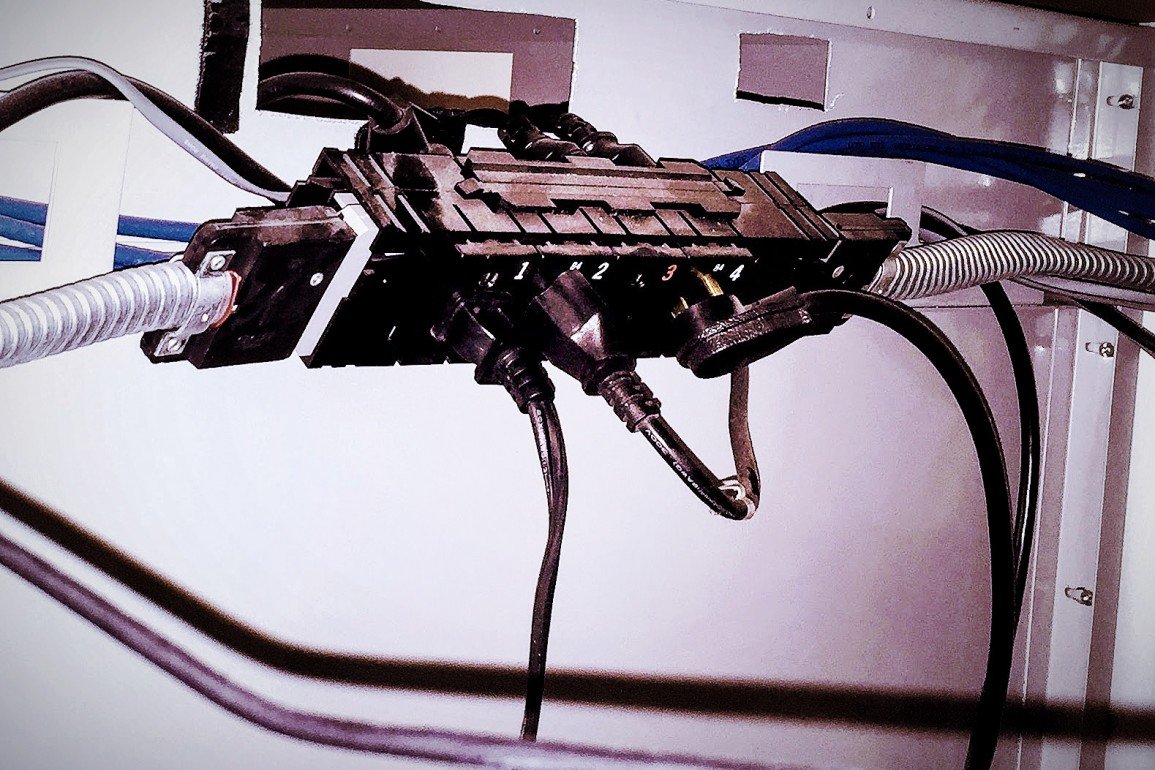 I’ve been clogged for some time now,
but I’m used to being filled,
so it’s not a big deal.
And any time room presents itself,
I fill up the space.
That’s what’s great about it:
It can be filled with almost anything:
laughs, anger, food—like I said, almost anything.

But lately the space feels like it can’t be filled;
It’s scary; the more I put in
it’s like—it’s like there’s more room.
I just don’t get it.

So I called the people who installed the internal space box.
I told them, “The more I put in
it’s like—it’s like there’s more room.”
A man came to my house
and I told him, “The more I put in
it’s like—it’s like there’s more room.”
The man stood there, staring at me without a solitary shift in his face;
his face was as featureless as his grey suit.
His hand waved a wand over my head
like I was going through security.
“Everything seems to be working fine,”
he said as the screen from the wand lit up his face
but not the shadows underneath his eyes.
“But—but the space—it won’t get filled,”
I tried to reply.
“It is working fine—you just need an upgrade
or you can place more things inside;
remember what’s great about our product:
you can place almost anything inside.
Have a good day,” he responded from what seemed to be a script.
“Sir, wait,” I insisted.
“I want to be unplugged.”
Finally, his face moved a bit; his right eyebrow turned into a punctuation mark.
“Sir, you do realize you will lose everything you have placed inside?”
he said with a furrowed forehead; even his suit seemed to have gained some wrinkles.
I could hear the clock ticking; that’s weird, I thought—I never hear it.
I was snapped out of my reverie by that frozen facial expression;
what patience that man has, I thought.
“Yes, I understand… but even if I do the upgrade
won’t the same thing happen?”
“If the same thing happens, place more things inside;
remember what’s great about our product:
you can place almost anything inside.”
I could feel anger bumbling inside
at his— his— his fucking face—
that face and that suit and the way that he talked like he was reading from a script
made me feel—
it made me feel.
That’s nice, I thought—to feel.
The internal box started to vibrate, indicating that I needed to fill it soon.
Just when I was about to fill it with couch cushion, tv, and chips,
my eyes, for some reason, caught the man’s eyes;
the shadows underneath looked like mountains at dusk.
He was breathing out his mouth
and his head was turned sideways
looking at me—
then listening to the vibration
and back to me:
“Sir, yes, I want to be unplugged, and yes, I’m sure and yes, I understand
that the product is great, and no, I don’t want an upgrade,
and no to anything else you are going to ask.”
The man stood up straight, closed his mouth, and a calmness came over his face.
“Thank you for being an internal space receptor customer,” he said to me,
but it might as well have been the room itself.

He pulled white gloves onto his hands,
letting them snap on his wrists.
“You’re going to feel a small pinch.”
His face up-close looked like his veins were trying to escape his body.
He smelled of coffee, Tums, and disinfectant.
That blonde hair was gelled down neatly.
The box was pulled off the back of my head in a second,
placed in a box, then into a bag
and then yet into another bag.
The man nodded, walked out,
and shut the door behind him.
I was relieved to have that man out of my house,
but
when the tech unplugged me, I felt a surge of regret.

EDITOR’S NOTE: This poem was selected from entries submitted to our Creative Challenge Series #9: Last Sentences, which required that the last sentence in the text must be used as given.