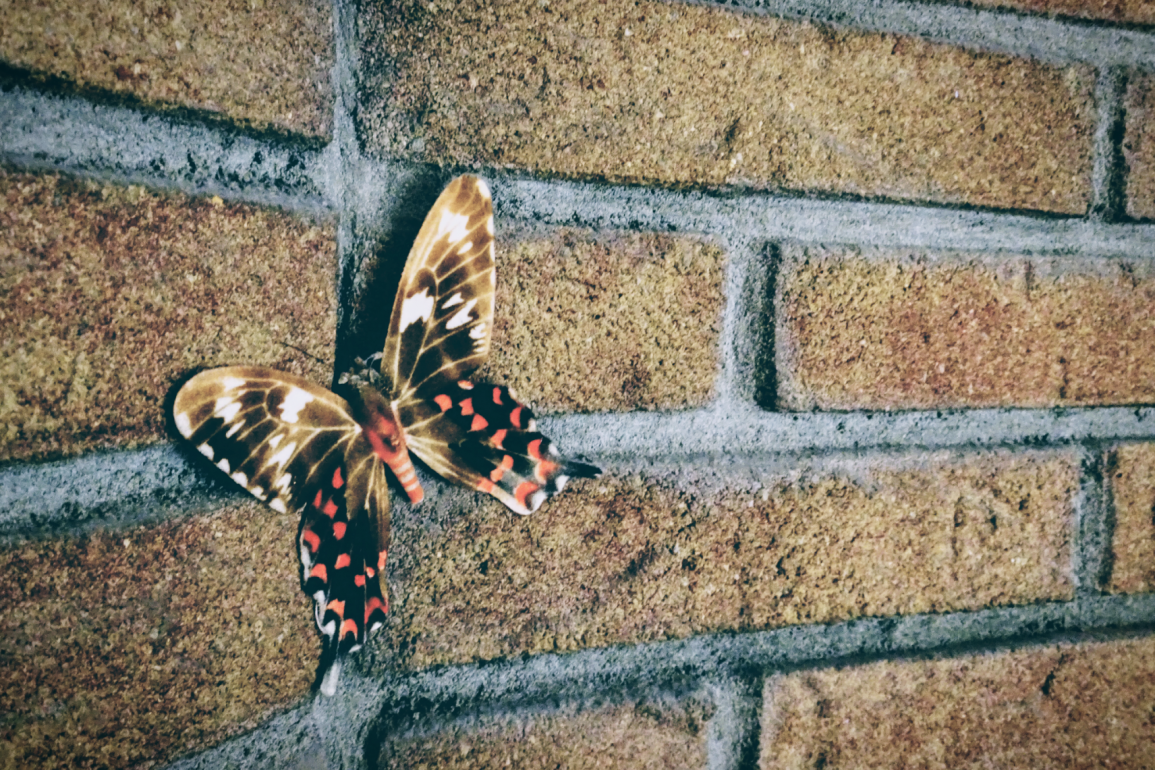 [ This photograph is in the public domain under the designation CC0 1.0 Universal.]
Rob Cook·
Poetry

I told the woman I was taping
butterflies to the side of her house
because I had no other way to get rid of them.

I expected the woman to smile
but she did not smile. The corners
of her lips rose into angry little trenches.

why are you sticking those big gobs
of real tape all over the side of my very real house?”
I mumbled that the butterflies sometimes

camouflaged themselves as a species
of packing tape. It came out as, “Predators,
possibly.” The trenches made their way

past the woman’s nose and over
her cheeks and settled into a moat
that orbited her brown Israeli eyes.

She hired me for one day through the one-day
temp agency and fired me after an hour.
The newly-minted girl, a one month high school

graduate the woman had already been paying
off the books for two summers, packed the Chinese
vases into their boxes and the universe remained

tidy and neat around her. The vases, tightly secured,
would arrive at their destination like untainted children.
The chasm between the girl and me and the woman

caused my brain’s many mountains to topple
and flatten the gullies of my face,
which descended like all the confusions of a hand.

The woman told me I had to leave. Now.
Then she said, “Don’t run into the boxes
when you blunder out of here in that hazardous

van of yours.” Bunched together in tight
groups of gossip, the hulking boxes waited
to be harvested for their fragile internal organs.

The woman folded her arms and guided me
with her gaze. And from the same firing ledge,
the girl did likewise. But first I would have to tape

the world together again with my sticky butterflies.
This time, though, I didn’t say it out loud.
This time, my car moving like a bug, I leaked none of their identities.