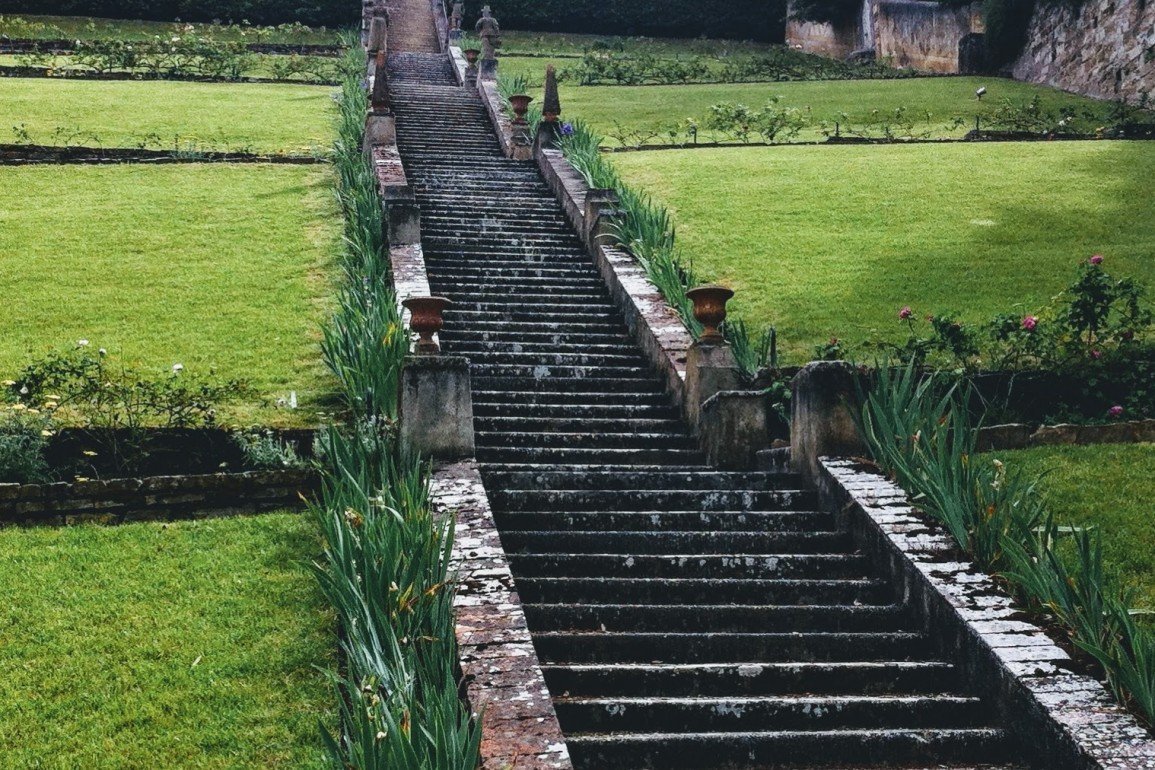 New to the place, I thrust
the blackout drapes apart;
from a suite aiming west
some four centuries up,
my sightlines sweep to a stop
on a hillside’s emerald arc.

Montreal’s matrix, like sheets
of pentimentoed diagrams,
parquets the earth beneath
except where this green fin
rips through. I thrum right then
like a tuning fork, at the summons

struck by those heights. Downstairs,
I can feel the city’s hem fraying
as its streets cant up steeply,
till a last curbstone frontiers
what, with a shrug, my maps supply
no paths for, bluntly daring

me to enter. So I enter.
Encroached on by oaks and maples
that seem stricken with some stark question,
I must parry with selfies and labels.
Gouged-through switchbacks lever
me upward as smoothly as when,

a child, I could sleep through long
rancorous car rides home
as if still uncompromised… The woods
admit the vista in shreds,
its perpendiculars jarringly plumb,
till I reach this plaza slung

out from the crest, and behold
at last how the St. Lawrence runs
like a cut, stitched with bridgemetal,
across tar and cement accretions.
Where the downslope flats, a stand
of towers smokestacks level

with this terrace, my po-mo hotel
among them. There, I thought here
quaint and vestigial, not this shrine
to a Cartier still gallant behind
his fleur-de-lys and crucifix, still
grappling these horizons as far

as now to his New France.
What it takes to get a man plinthed
I know from home, where our myths
rear up real as monuments
that brood, like scarecrows of bronze,
over fields fructified by wrongs.

It’s time to go. Descent
restores nothing but distance
to what whispers, even through glass,
of the first, the lost, and the last,
of the all gone, of the soon going,
and of that world, the new one, now coming.

The rot remains with us, the men are gone.
~ Derek Walcott