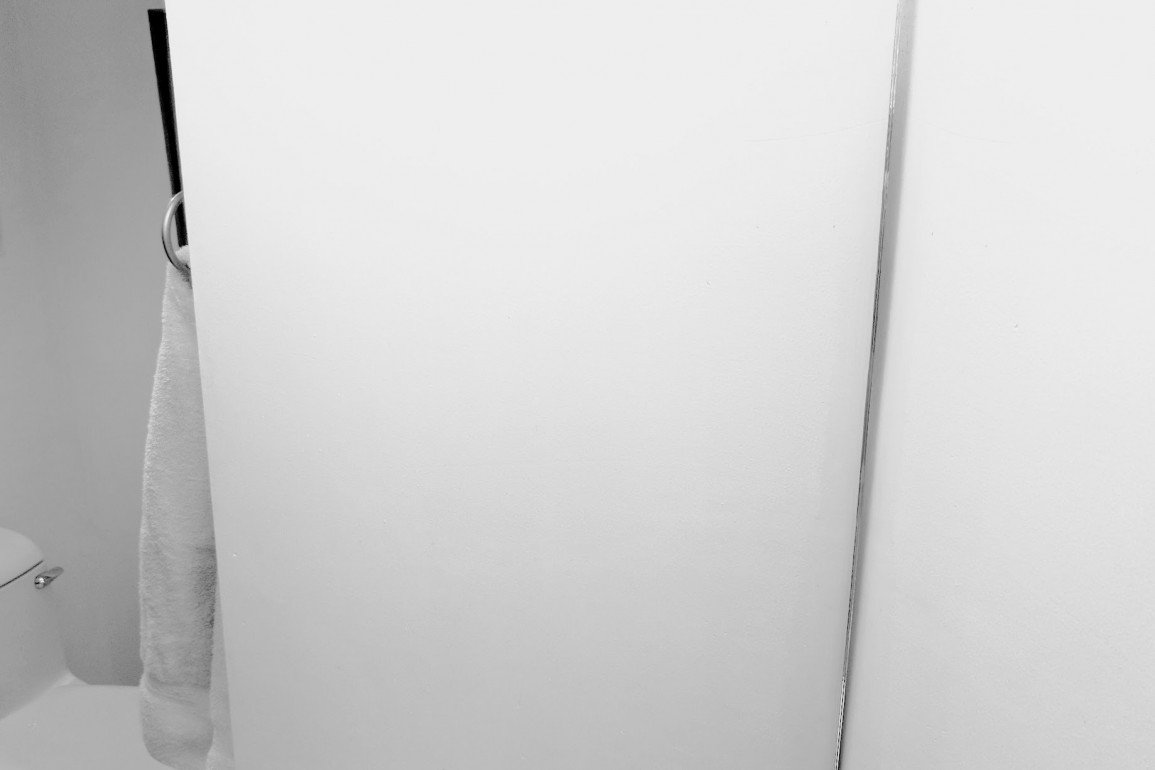 It was about three a.m. when I wandered into my bathroom and discovered the archangel Gabriel perched like a gargoyle on the toilet, taking a dump. He wasn’t wearing a name tag or anything, but I recognized his weary face from dozens of medieval paintings. I stood in the doorway, uncertain if I should proceed to the sink and take a drink of water as planned, or modestly retreat. The angel’s magnificent wings twitched upwards and framed his head like a halo. When he glanced at me, his eyes were feverishly bright within charcoal smudges of wrinkled skin, and I felt the transfer of knowledge between us.

The angel telepathically confirmed that he was Gabriel, not some lesser heavenly lackey or cruel hallucination. The absolute purity of that knowledge momentarily overwhelmed me, and I had to grasp the doorframe for support. My breathing became shallow and a proprietary smile split my face. I was in the presence of the most beautiful and powerful angel, the heavenly messenger who had challenged Mohammed to recite God’s holy word in the Qur’an, a being from the first tier of creation, who was molded from fire and would one day herald the end of existence with a trumpet blast that rattled infinity.

In fact, my very existence is a powerful argument against divine creation. The circumstances of my world haven’t been carefully crafted by a superior being, any idiot can see that.

But I do believe in manifestations of powerful intellectual or emotional qualities. For example, I’ve seen malevolence reproduce itself like spores in a grocery clerk’s face and despair sink heavily into a bank customer’s chair. I especially respect all forms of futile effort, and what better representation of that than an angel?

A claw at the end of an elongated toe scratched my painted wooden toilet seat as Gabriel shifted position slightly. The mighty angel seemed tired from wrestling abstractions, and I mentally conveyed my willingness to have him rest with me as long as he wanted. His eyes flicked delicately closed and I sensed the invitation to squeeze into the tiny room.

I could barely contain my delight.

Gabriel had revealed himself in an undignified way but that didn’t matter in the slightest. I’ve always appreciated the raw physicality of old-testament angels who punched their time-cards, descended the grimy staircase to earth and gamely tried to bully humans into behaving properly.

Now, Christ was a tough guy at the very end, dehydrated and sagging, compartmentalizing the anger that could have easily turned his tormentors into little piles of burnt hair. But for my money, the best life lessons came from angels. Their muscular humility when faced with the most outrageous human bullshit is truly awe inspiring.

I carefully blocked Gabriel’s face with my own body as I smiled into the mirror because it would be unseemly to worship his reflection. I turned on the tap, let the water run long enough to become ice cold, and bent over to slurp up several noisy mouthfuls. After a moment, there was movement behind me, then an electric vibration ran through the floor as bare angelic feet clicked down onto the tiles. Water surged through unseen pipes within my bathroom floor and blood pulsed through the interstices of my own living tissue as I straightened and eagerly turned to face Gabriel.

But… somehow… the momentous quality of first discovery had diminished.

I couldn’t help but notice that the archangel hadn’t held the toilet handle down long enough for everything to get flushed away. Sure, the mechanism was finicky, but well within the capabilities of a being who could drag eternity to and fro.

Gabriel insinuated himself between me and the mirror. I stepped to the side politely as he leaned forward, tilted his face and raised a dark upper lip to examine a bit of ulcerous gum tissue. His hollow arm unfolded in the direction of a ceramic mug to the right of the sink. Two of the angel’s many-jointed fingers plucked out my toothbrush, then Gabriel carefully inserted the instrument into his mouth and began gently massaging the damaged area above his right incisor.

I certainly didn’t expect an angel to be finicky about oral hygiene. But something even more unexpected soon followed.

Gabriel’s wings started to droop and shrink, as if they were being sucked back inside his torso. This was accompanied by a loud crackling sound while the air itself seemed to blur with movement, but it was impossible to visually trace the de-evolution; change was simply asserting itself. Within a few minutes, the wonderful appendages would be little more than ragged stumps and there was nothing I could do about it. The angel’s arm and leg bones visibly coarsened and the increased mass pressed him earthward. A few minutes more and the heavenly creature would be indistinguishable from an annoying roommate.

Most people would consider my odd encounter with Gabriel to be some sort of sign, but at the time, I couldn’t interpret its significance. I squeezed out of the tiny bathroom and shuffled back to bed, disappointment wrapped around me like a bathrobe. Some muffled bumping noises led me to believe that Gabriel had curled up asleep between my couch and end table.

In the morning, I carefully searched my apartment but I was alone; the visiting angel had become a sad, fragmentary dream.

The intense period of enlightenment I had hoped for was gone as well, leaving me to zombie-stomp through a purgatory of empty days with my size fifteen shoes tightly laced and eyes averted.

Only now, months later, do I appreciate the simple message revealed to me, about the beauty of violence. And I must act like Gabriel himself, with urgent patience, before that truth slips from one realm into another and is lost forever.