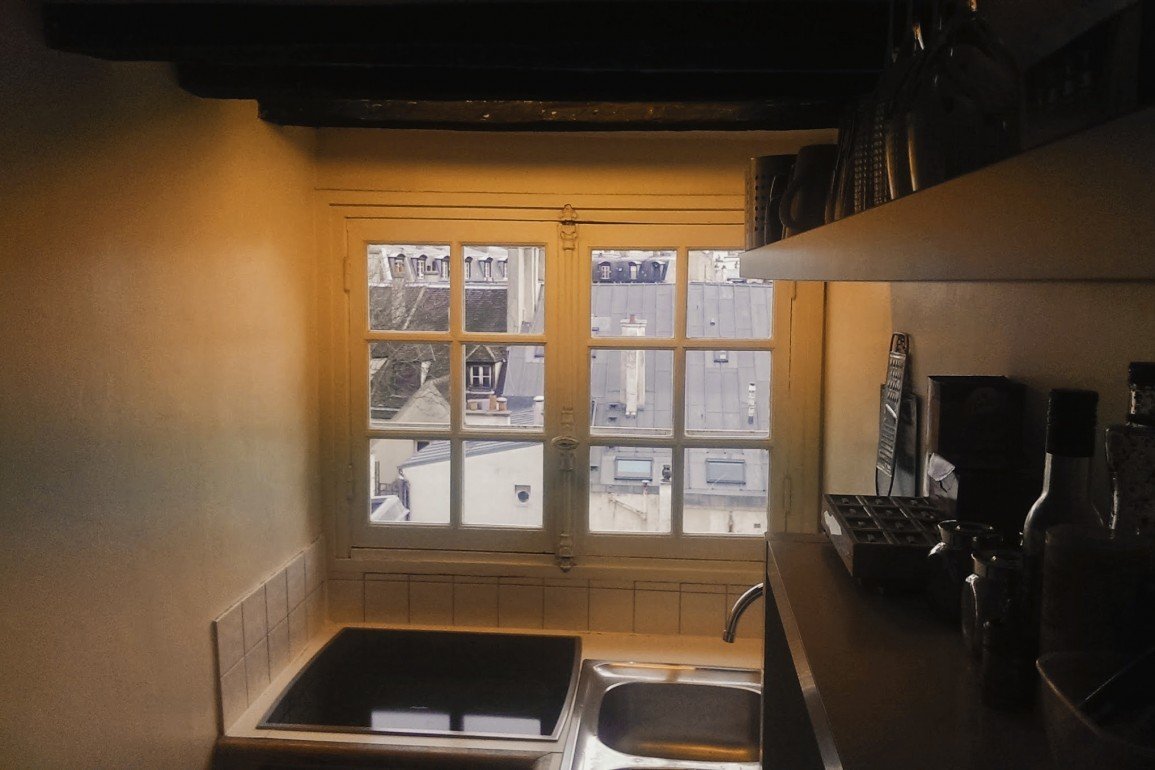 Leslie sliced carrots into discs, spears, and the occasional rhombus. She hummed the chorus to ‘Suicide is Painless’, as her husband waited in the pantry to kill a fly.

Hours earlier she had purchased a revolver. She could recall the gunsmith’s shop. To think of how the sunlight flickered in the bullet chambers like a carousel brought an easy smile.

The gunsmith had asked Leslie what she’d like to do for bullets. If she knew what ‘full metal jacket’ meant. She liked the sound of “.38 Special,” and wanted to tell him so. But, unable to feign a smile, she stared at his abalone shell belt buckle and his rattlesnake boots. Leslie licked her lips. As he described the types of bullets and their purpose she could only hear the timbre of his voice. It sounded like boots walking on gravel. Feelings quivered, as if those boots had kicked away at the dirt to expose a frayed trinket.

Absent, Leslie sliced the tip of her pointer. She sucked on her finger and returned to the memory of buying the gun: “Just show me how to cock the damn thing.”

He stood behind her and encased his hands over hers and together they held the revolver. She imagined his calloused hands around her neck.

She leaned back into him until she could feel his mass pressing against the small of her back. Cocking the gun was almost too easy: drop the hammer and it’s a hairpin trigger. Leslie adjusted her dress, tucked the .38 into her purse and looked up into his eyes for the first time.

Her husband emerged from the pantry and drove the fly’s corpse into the trash with a dismissive flick. Without looking up, Leslie knew the wings were torn off.