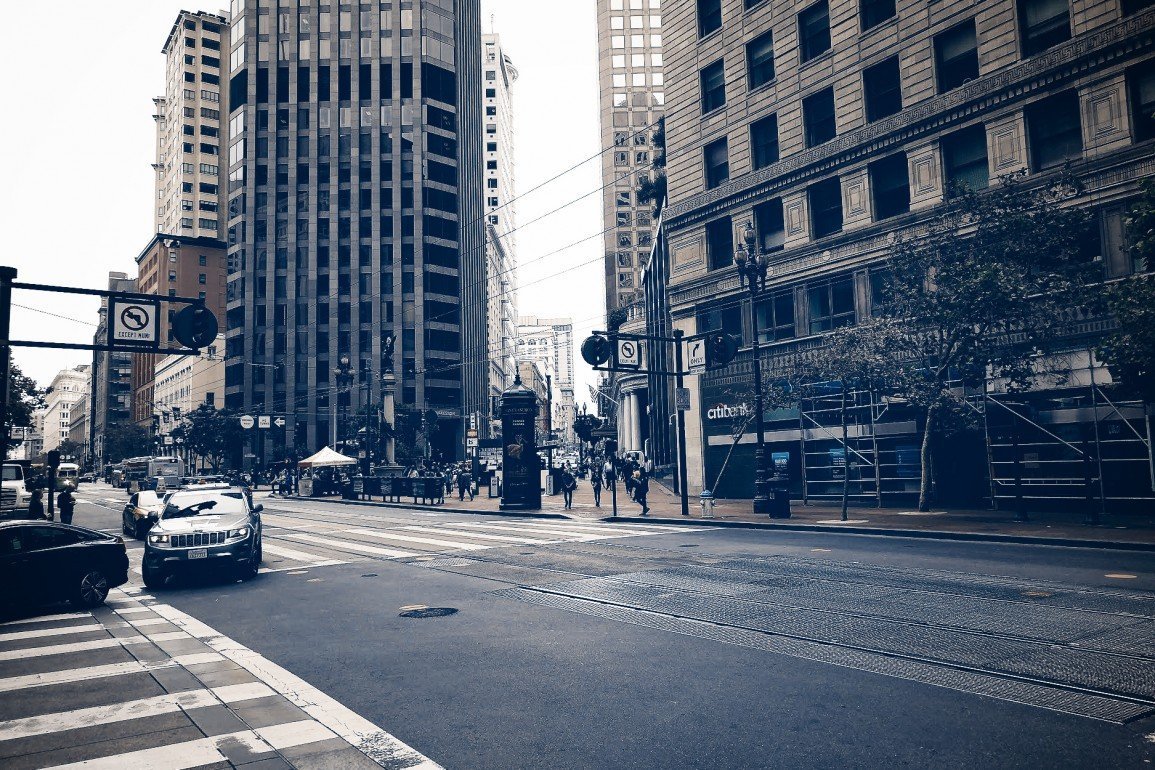 I enjoy working with kids. That’s a lie. I don’t work with kids. I want to, but I imagine I would, but I don’t tell the stranger I’m giving a ride that I don’t work with kids; instead, I tell the stranger that last year was tough working day and swing hours at Saint Mary’s Home for Boys, but it was rewarding and I miss doing it because it feels good to know you’re a part of something larger, something guiding these young kids toward a brighter and more meaningful path; doesn’t that sound golden?

The stranger asks, why’d you leave?

I left for hospice work, to help medically fragile children live out their remaining days. That’s a lie. I’ve never worked with anyone who is dying. I’ve never seen a person who is dying, unless you count the stranger in my passenger seat or the strangers crossing the street in front of us while we’re waiting for the light to turn green; in a way, we’re all dying.

I want to see a person die, but I don’t tell the stranger that since we still have three miles left until they get out of the car and enjoy their dinner at a nice restaurant I’ve never been to—but they don’t know I haven’t been there before, and they don’t know I’ve never driven around this neighborhood before, but they think I used to live up on the east side before I moved to the west side.

Where have I lived before? I know it’s not the south end of town so it must be the north, but the stranger asks what I like most about living on the west side now and what I miss most about the east side, and the light’s turned green so I say, my ex needed a change so we split ways.

Already, I’ve erased my wife. This stranger has been sitting in my car for five minutes and I don’t recognize myself in the rearview mirror. I recognize what those eyes look like but I doubt they belong to me. They belong to someone and I’m borrowing them for a change, just to see what the world looks like through green eyes.

The stranger says, you should try laser eye surgery.

I’m too afraid so I stick with contacts. That’s a lie. I went under the laser last year. Actually, I thought of going but never did. Well, I made the appointment so it was more than just a thought but I forgot. I didn’t forget. I didn’t want to go. I sat at home watching a movie with my wife. Wait, which stranger is this? I mean, my girlfriend. Wait, this stranger is female. I mean, I watched a movie with a friend, not a special friend, just an old one.

It’s impossible to pick a favorite. It’s not impossible. I don’t know which one to say you’ll like. Or which one I could say you’ve seen. I’m really more of a book person, but I haven’t read a book for ten years. I don’t really enjoy reading that much. I’m more of a musician. I create more than I like to consume. I’ve never written a song, but my songs are all about moving through life and living on the road and that black emptiness deep inside all of us.

The stranger asks, what instruments do you play? I gave up the trumpet and the saxophone so I could focus more on giving up the guitar.

The stranger says, it must be so rewarding playing for hundreds of people.

The largest crowd I’ve played for stood for a full minute, and I didn’t deserve it. I don’t know, I just go by feeling and it comes naturally. People say I have a way with words but I sort of black out when I go on stage, and I’d like to see myself play sometime. Maybe catch a video of it. Lately, though, I’ve found myself spending more time in the studio. The silence is nice.

The stranger asks, what do you like most about the silence?

I like how it sounds in my ears. I like how it builds until it fills my eyes, until the pressure is palpable and bursts through my nostrils, down into my lungs, until my body is ready to pop.

The stranger says, this is my stop.

Thanks, take care. Yeah, you can tip me on the app. Yeah, or you should get an email. Rate me if you get the chance. Thanks.

The silence is deafening.

My smartphone emits a shrill series of beeps until I tap the screen, then I drive to where it tells me the next stranger is.

Hey, my day is going really well, thanks. That’s a lie. I can’t recall a single thing that’s happened. Actually, I remember it all but it’s nothing worth revisiting. How’s your day?

The stranger says, my day is going kind of shitty.

The stranger says, I broke my glasses accidentally and I can’t wear my contacts because they’re the wrong prescription, and it’s all just annoying to think about.

You should try laser eye surgery.

The stranger says, if I could see right now I’d love to just chill out and watch a flick since that’s the best way for me to calm down.

The stranger says, I’d rather actually play my guitar.

What’s your favorite instrument to play?

The stranger says, it doesn’t matter what I play, just so long as I get to be on stage with a sold out crowd.

It must be so rewarding playing for hundreds of people.

The stranger says, the worst part is the silence afterward, you know, those post-show blues.

I know exactly what you mean.

The stranger says, you’re a liar.

This is your stop.

The stranger yells, let me out.

The stranger is screaming, scrambling into the tightest ball they possibly can so the silence can’t squeeze its way inside, into their broken eyes or perfect mouth where all of their beautiful songs escape, but they can’t fight it off. It’s in there and it’s filling them up like a balloon.

The hardest part is just giving in, but the struggling doesn’t last for long.