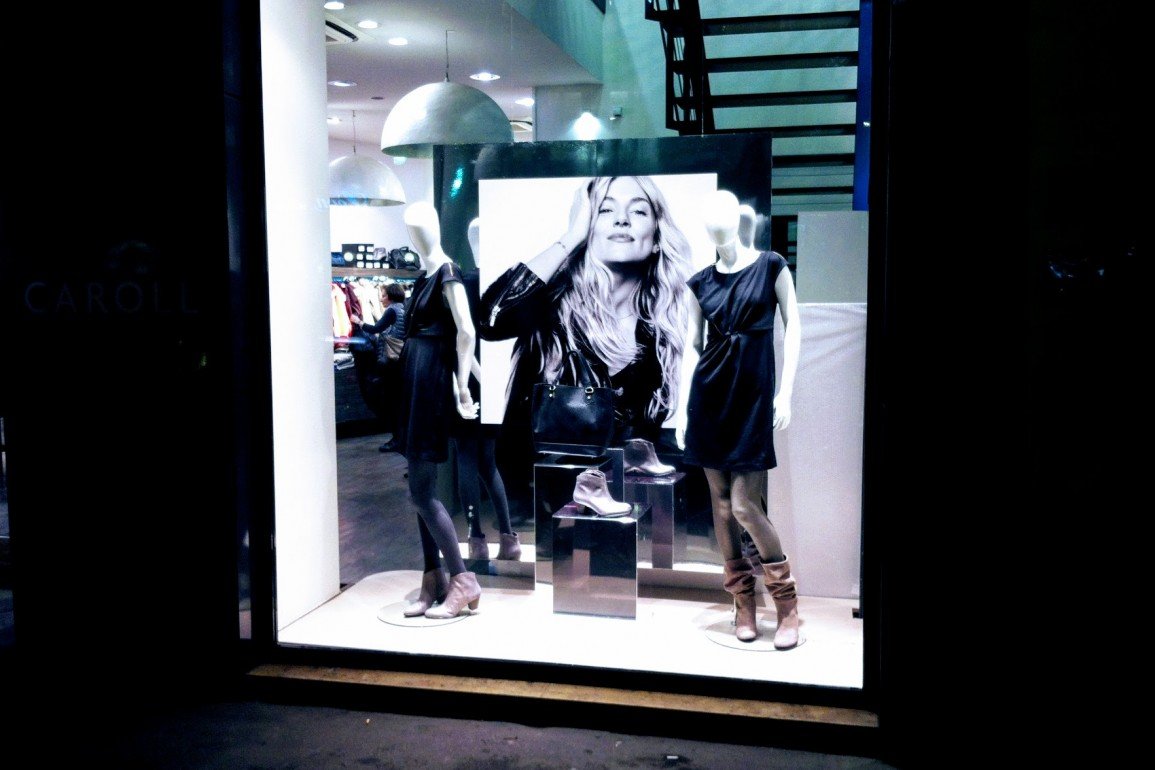 He was the product of a torrid affair between an Edith Wharton novel and a J. Crew catalogue, with his wavy Titian hair and his quarterback’s shoulders. He possessed, unselfconsciously, the elusive grace that emerges from old money and tennis lessons from the age of five. He could easily have followed his father into finance or his grandfather into the diplomatic service or his great-grandfather into the military; he would have been equally plausible as a second-stringer for the Patriots.

I was doused in the classics that I absorbed behind the perfume counter at Macy’s. I reaped the benefits of a genetic boon, a certain daintiness of wrist and ankle. I was the first of my mutt lineage to trace the sparkling path from a BA to an MBA to a career—and I Googled which fork to use before I met his parents.

Suffice it to say that we met abroad, in a country about to graduate from hosting the Peace Corps, already dancing near the maw of the resource trap. It was the third of July; I was the one who shook Ambassador Carnegie’s distinguished hand in the embassy’s receiving line. I shouldn’t have been there, but the Director was traveling, and the Deputy Director snorted that she had attended a sufficient number of warm-wine-and-tepid-mini-quiche affairs. So she handed the invitation to me.

I was in-country living out my desire to CARE and Save the Children by working for a comparable outfit. (When I met him later that evening, he was drawing equivalent inspiration, as far as I could determine, from Richard Gere in Pretty Woman.) But there he was, greeting the ambassador as ‘Uncle Mike’. Then an anorexic young woman with a tight bun and a micro-mini pencil skirt ushered the ambassador over to the (male) Minister for Women’s Affairs, and we found ourselves in orbital proximity.

He spotted the ice cubes amidst the dregs of a tropical Coke dissolving into midwinter slush. “May I freshen your drink?” His sensual, ivied voice caught me off guard; I was undecided as to whether I wanted him to wait on me or not; I could only produce the banal.

We went to dinner.

The tiny northern wheatear has a cross-hemispheric migratory pattern; he imitated those winged continent-hoppers, the rest of that summer and fall, until an unseasonably warm Thanksgiving. I had attempted to spatchcock a guinea fowl for the occasion (an idea clever enough to merit a dirty limerick, but implausible as a holiday meal). It was the first collision of his world and mine, and he graciously ate what I put before him. I was taken aback when he asked if I was planning to fly home for the holidays. I was.

“Do you have time to stop in Boston?”

“I already have my tickets, they’re nonref–”

I cut short my time in the wilds of my parents’ upper Midwestern suburb, and instead sampled a sashimi-and-champagne New Year’s overlooking a snowy Esplanade. He bought me a Zac Posen dress, whose retail price would have just about erased my student loan debt.

We dined as the younger half of a quartet at Asta, and I remembered to start with the utensils farthest from my plate. The end of March found us reliving our previous patterns, talking grandiose rot about theories of development and the impending fate of the country where we met; it also found his Rolex on my nightstand, with startling regularity.

When he asked, presenting me with a conflict-free solitaire, I didn’t think twice.

I would move home, I said, in May, when the early rains ceased and my employment was scheduled to end. He urged me to reconsider, and I (unduly influenced by the twin lures of romance and regular electricity) complied. My Deputy Director raised an eyebrow, and observed that certainly all solid marriages began with broken contracts.

In the best tradition of hypocritical feminists, I attributed her asperity to sour grapes, and quoted her line on my Facebook page: #ouch. The post got 72 likes and 5 angry faces. In short, I had inhaled the promise of a life of vetiver and roses, and was poised to take his tycoon-tinged surname. I suggested June; he reassured me that autumn was chic, and would allow more time to prepare a bespoke wedding.

Neither mice nor men would have been surprised to learn that our plans went incrementally awry. At the flower shop he reminded me that myrtle was traditional; the petals brushed my snub nose…I sneezed. We lost irretrievable hours debating the merits of ecru versus snowy gowns, compromising on a shade the designer profitably termed ‘candlelight’.

“You’ll glow,” he said, cinching the lacing a little tighter.

Over dinner we contemplated the rent payment due on my Tinkerbell-esque sublet.

“I have a second interview with Catholic Relief Services on Thursday.”

“Hey, that’s great,” he said. “I can see you spending some time there. But in the future, you know, we’ll need to think about what will be good for our family.”

My eyebrows filled the silence.

“If both of us are climbing the ladder…”

“What about the children?” he asked, patiently.

My sublet was subdued after the tinkling-silverware symphony of the restaurant.

The following morning, as I began my ritual poring over www.devex.com scouting jobs where I could Make a Difference and Preferably Some Money Too and Ideally in the Local Area, he arrived, bearing marigolds. Their leonine faces watched me with voracious interest. “I don’t want discord between us,” he said.

“So,” he said, “I thought we could discuss…how to start things off on the right foot.”  The pause was calculated; he produced an embossed leaf. “I was going to surprise you on the day, but…maybe I could share my vows now.”

His words were lovely, and charming…I was moved to dig through my notebook for my own composition. I had blasted and sanded the text like a wave tossing a stone on the shore, polishing it over weeks, leaving my words smooth and shining.

He smiled. “That’s great, really great.  Let’s just refine it a little,” he said, taking a blue rollerball from his jacket pocket.

His chiseled jaw fell open, just for a moment, when I returned his ring.

The following day, the interviewer capped off a robust half-hour of bantering with, “When can you start?”

EDITOR’S NOTE: This story was selected from entries submitted to our Creative Challenge Series #2: Word Salad, which required that the words bolded in the text must be included.