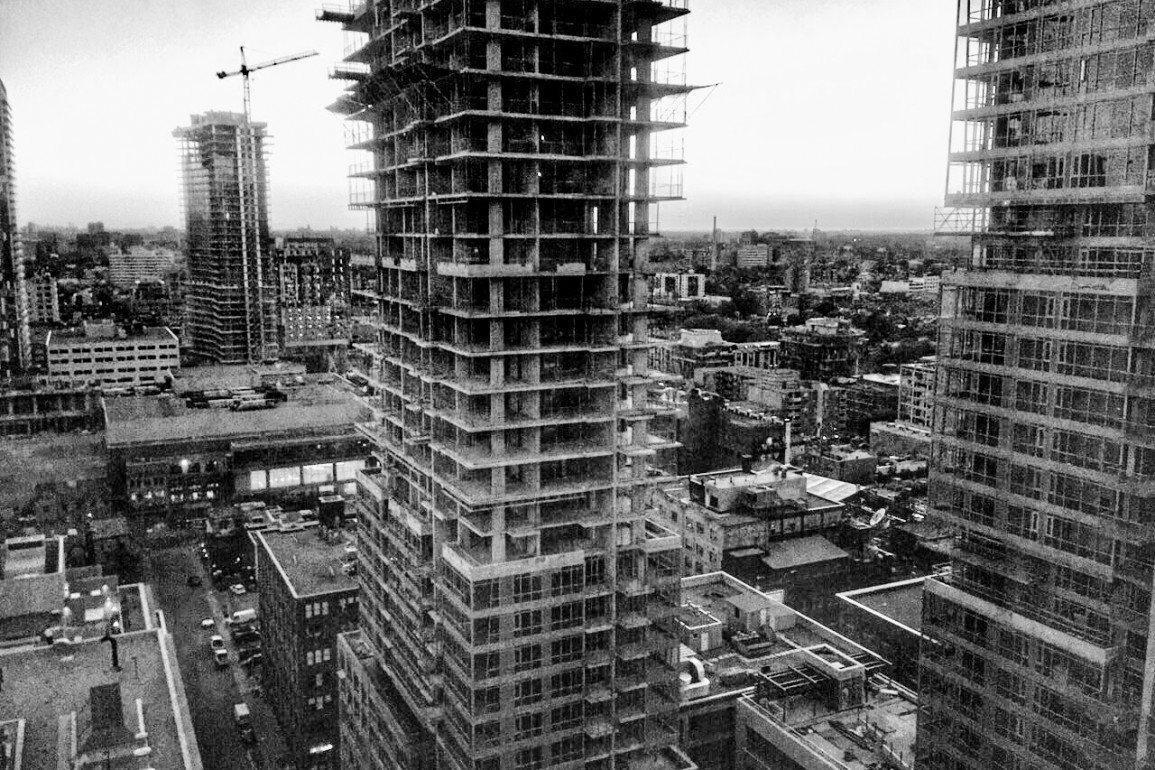 A jumble of buildings squatted some distance away, dark and low
Poised to do danger on the flat farmlands that paled before them
A stark staring people framing their quiet lives within
And I beheld them behind a cloud of indifference too far to make them clear
And as all things that choose existence over death it began its growth
Rising into its crouch, ungripping its fingers outward
Pulling itself along the grounds
Its bloodless belly turning the abundant fields to grey
And I sensed it like a natter in the back of my brain
But was still unmoved
So it, from out its depth, became its plaintive noise
The whimpering watchdogs pulling on their chains
The tick tack of the laborers on their spontaneous roofs
Trucks, always trucks, no longer for nourishment
But as consorts to bring quantities from the outsiders who demanded them
All those shouts and pleas to become the rabble of the more
And I began to see, the vision of this thing taking shape
An imitation of the life around
A mirror not to the sky and sea but to the fragrant world of humankind
And I was compiled there
Borne upwards to its rising chest to spin in rhythm
And all about me stretched
Its open mouth a widened hole that spewed and sucked
Those pathways to its hardness
Raw mowers cutting out their claims
The seething soil a bed for the proud
Bonfires vanished to the brilliant nights
And I absorbed, emerged into its middle
Where all intersections are planned
But not through human logic or thoughts of nature
Out from these shadows I will never walk
Instead I will talk and play about
From one pleasure to the next
Seeking the happiness I had perhaps forgotten
Peering out at the new horizon
From the cold glass of lofty heights
For hope of what
But a new arising in the fields beyond

EDITOR’S NOTE: This poem was selected from entries submitted to our Creative Challenge Series #1: First Sentences, which required that the first sentence in the text must be used as given.