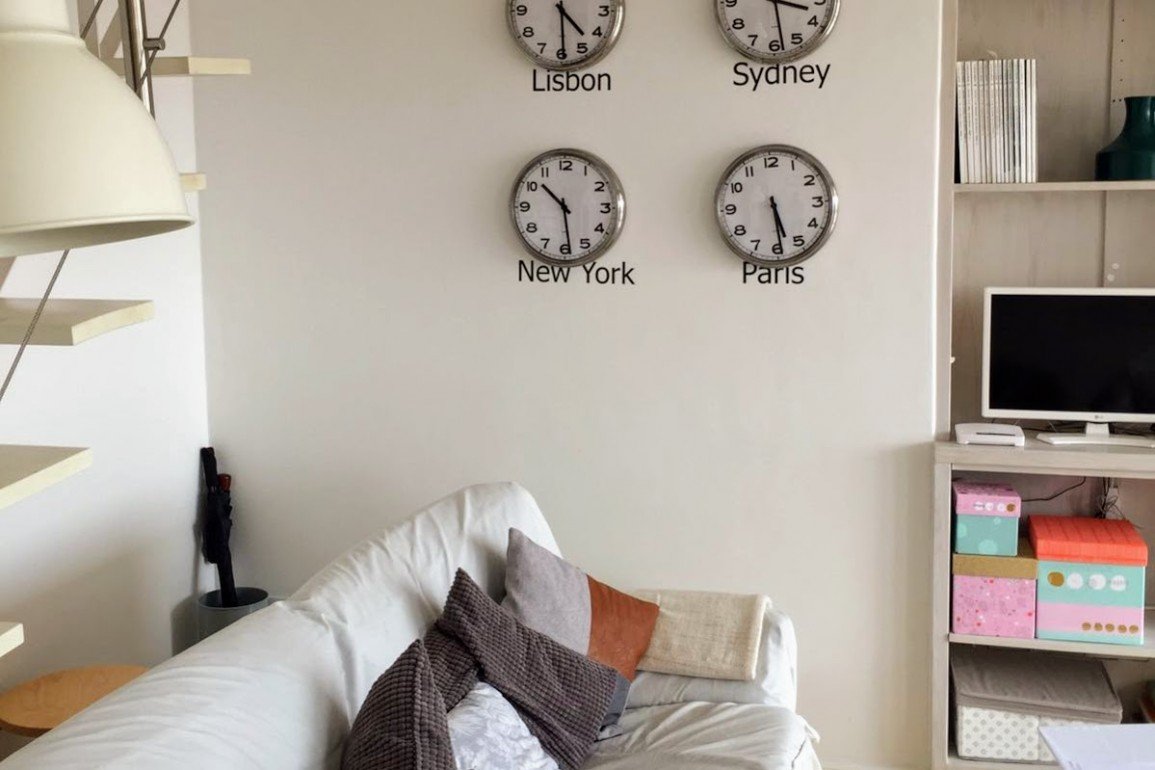 In his wallet he carries business cards, coal black with no text, no nothing, on either side. Thick stock, perfume of calfskin lashing the air as he snaps one out for her. It is in her hand before she even realizes she’s taken it.

She scans the card for signs of him, some text to match the black wool of his coat, his fedora, the creases around his eyes that neither smile nor frown. “There is a way out,” he intones, voice a deep pool of oil, sparking a moment of recognition, just as quickly vanished in mental quarrel.  Of course, there always is.

Why, she thinks, must you talk to strangers in the park, confessing discontent? Next time she wants to while away her lunch hour she’ll bring a book, watch children by the fountain. She recalls the woman at the start of summer, also selling, so charged with brightness and can-do, so confident she fairly vibrated. “Everything is possible,” she’d said. “Believe.”

Jeri, her coworker, had taken several of the woman’s cards, handing one to Eva. “I want what she has,” Jeri declared. “That certainty, the optimism!”

Eva stifled a smirk, but later that evening, the June-bright sun casting itself across her apartment, she confessed to Milkie that she too was ready for happiness, for learning its ropes. Startled by the strangle of her voice, he’d hopped off her lap, neither pessimist nor optimist, in search of a mouse he’d sniffed earlier. And another evening moved on.

At home now, Eva slips off her shoes, feeds Milkie, puts a pot of dinner on. Her back, probably from lifting too many files, has a new kink, and, easing onto the couch, she allows herself an old person’s groan.

From the couch the whole of her kingdom is visible: a corner of bedspread, the bath mat covering three missing hexagonal tiles the landlord hasn’t replaced. Where anyway could you find a match for that shade of century-old white? Every crevice in the plaster walls is a complaint, a vein of discontent. The small refrigerator buzzes, a near-constant relieved only by the clatter of its motor finally releasing into dead-silence, a temporary truce. If she rolled it away from the wall, she knows it would reveal a frame of dirt, a ghost of sallow white fridge.

You did not expect to turn grey here, did you?

She thinks: You would not have let each day die on this couch. You would have learned the language of the city better, joined clubs, invested in more solid furniture, things built to last. Traveled your vacations, more than once, to an interesting place, not just back to the place you came from to see the people you came from, forever carrying the wounds of history forward, hauling out the past with every meal. From, from. Where was her life of to?

She considers the gentleman from lunch time, his scent of leather and wool, closes her eyes around his image. He rises at the edges of memory, an apparition seen in hindsight. His outline solidifies as she recalls her eighteenth birthday, when youth stopped, when each day began to tick away in decisions and responsibilities. Could that have been him?

The day of her birthday celebration, circulating, handing his card to a schoolmate of hers, a soft, glum boy given to carrying around Heidegger, a boy who later flew off a roof and forever into memory.

“There is a way out,” he whispered as she rode the subway, somewhere in that year her lover left her for another woman, as she watched the tracks slip beneath her, the hypnotic, dread calm of it, the hope that if you could stay frozen, watching something outside yourself, you could survive to see a better day.

And it was him last month at her workplace—who else could it be?—by the front desk, watching her as she stumbled out of the conference room, barely suppressing her tears. If diligence mattered, that long-sought promotion would have been hers.

In the ladies’ room, Jeri had half consoled, half scolded her. “You’re lousy at self-promotion,” she’d said. “Hand out business cards. Talk yourself up.”

Jeri took hold of Eva’s chin, turned her head, clucked. “You don’t need to be grey, you know. You’d look great with pink hair!  Make yourself someone, Eva.” The task seemed as improbable as building a creature from straw and clay and jumping inside.

She reaches for her purse, switches on a lamp. She holds up the card, tilting it this way and that, willing herself to see some filigree along its edge, a hint of faint type. It gives up nothing; just black, an absence, color’s flytrap. Perhaps even light needs respite from itself, she thinks.

She rises and turns off the pot on the stove and stoops to pet Milkie, who purrs and arches and follows her as she tears the black card neatly in half and tosses it in the bin with the morning’s refuse. He follows her into the bathroom, where she runs fingers through her short grey curls in the mirror, lets out a long sigh. Maybe pink, maybe blue, maybe green. “Should I, Milkie?” she asks. “Become a whole new me?” He mews the mew of a cat hungry for dinner.

She forks out some food for him, grabs a bowl for herself. For a moment she holds the empty bowl to her chest, standing in the kitchen as if lost. Then she sets it back down, reaches to the top of the refrigerator. She takes down the white card that’s been sitting there since summer. Scents of gardenia and rose linger on it, calling up the summer woman’s wide smile and perfect teeth, such perfectly American teeth, a smile without shadows.

Could she become someone who believed? That everything was possible, with the correct attitude? Could you bend fate with the power of thought like some magician’s spoon? She closes her eyes, feels the card’s sensuous edges, its velvet invitation. Then, once again, without ceremony, she walks over to the garbage bin and lets go of the white card, watching as it floats down to land amongst the paper and peels. Really, the woman had been exhausting.

“You can live with the grey, can’t you, Milkie?” she says, through a mouthful of noodles. “Me too.” And Milkie, practical creature, neither optimist nor pessimist, continues to tuck into his food; after that, belly full, comforts secured, will come time to ponder what the remains of the evening holds.